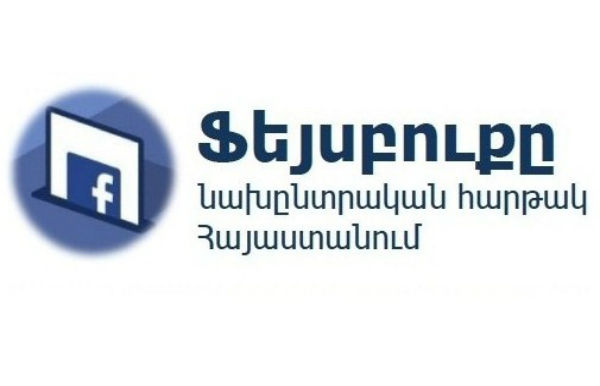 The Yerevan-based Region Research Center has published the results of the first stage of its monitoring of Armenian online news media’s 2012 parliamentary election coverage on Facebook. The research center observed news articles related to the May 6 elections published on Facebook by five local online media outlets (News.am, Tert.am, 1in.am, Zham.am and 7or.am), including data on how often stories were “liked,” “shared” and commented on.

“We were guided only by factual data: how many “likes,” “shares,” and comments; that is, the data that was accessible to us. We consider this the degree of audience activity,” says Region Reserach Center director Laura Baghdasaryan.

According to the results of the monitoring, Facebook users’ interest in the elections grew as the official election campaign period neared — this was proven by the increased number of “likes,” “shares” and comments on articles on the elections and related topics. 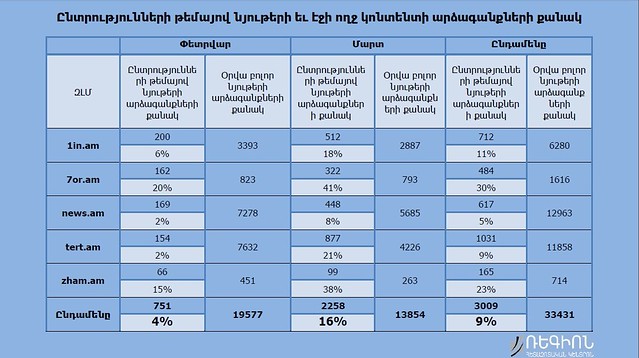 The Region Research Center also monitored the number and nature of references (positive, negative, neutral) to political parties participating in the elections online media outlets made on their Facebook pages. According to the findings, from Feb. 1 to Mar. 31, out of the five online media outlets surveyed, Tert.am’s Facebook page had the most stories on elections (652 stories), followed by 7or.am (580 stories), 1in.am (539), Zham.am (455) and News.am (246). 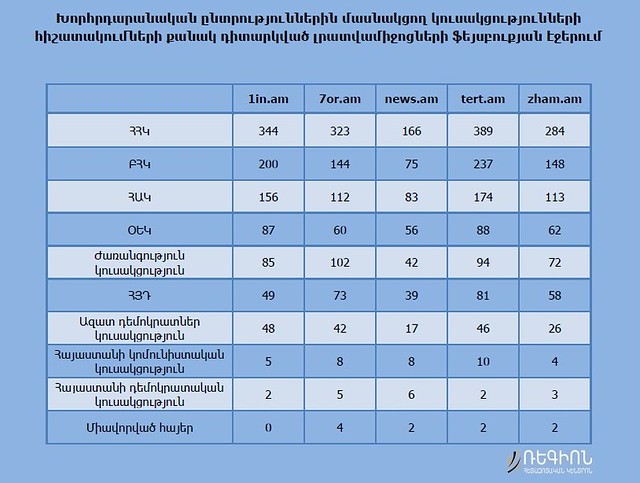 “The social networking site officially prohibits massively mining data from its site. Furthermore, you can’t search inside [the site]. A large portion of the posts are done either for friends or friends of friends. Based on this, it’s nearly impossible to get the full picture from Facebook, though you can get some individual pictures,” he says.

“The likes and comments on a news outlet’s Facebook page don’t explain a lot about the news outlet; for example, the news outlet can be very popular on Facebook and be read but not from its page; it can have few visitors to its page and vice-versa. Only by comparing can you get something,” he says.

Laura Baghdasaryan says that due to the technical features of Facebook, the numbers present in the findings are not absolute but informative.

“In terms of methodology, it’s possible to monitor Facebook. It’s not possible to present absolute figures because today’s absolute figures might change tomorrow. Our research is of an informative nature: to show the overall trends and to decide the degree of interactivity,” she says.