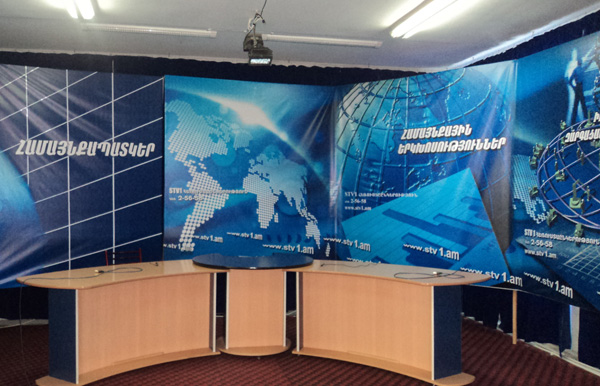 TV stations operating out of three cities of the Armenian province of Gegharkunik — Gavar, Martuni and Sevan — merged and formed Geghama Media Holding and were able to receive a regional digital broadcasting license.

Geghama Media Holding includes the TV companies Kyavar (Gavar), Zangak (Martuni) and STV1 (Sevan). The TV companies broadcasting from different cities operate according to a joint business plan, where each has its own section. Zangak director Davit Yeranosyan told local daily Aravot: “This, I think, is the best direction for regional TV companies. Becoming regional [instead of municipal], we become bigger — the TV business here will become more like a business.”

Geghama Media Holding chief editor Vahagn Dabaghyan hopes that they also will be economically successful, but notices that the TV industry outside of the capital is not as profitable. “We would more so be met with economic success if we invested creative potential in another industry than here,” he says. [[wysiwyg_imageupload:234:]]

Gegham Media Holding director Suren Barseghyan likewise says that developing television outside the capital is hard: “We spend and we’re unable to recoup [what we spend].”

Regional TV companies don’t get too many ads. Geghama Media Holding also gets some funding from grants and from commercial editing work and shooting films.

Collaboration among the three TV stations that make up Geghama is not of a daily nature. The same program is broadcast at different times in the three cities.

[[wysiwyg_imageupload:237:]]In the province (or marz) of Gegharkunik, which encompasses 5 cities and 87 villages, apart from the TV stations, two newspapers — Geghama Ashkharh and Sevan — also operate. There’s no radio company, and no news outlet operates out of the cities of Jambarak and Vardenis.

Geghama Media Holding’s potential audience is the entire province. People watch Geghama because it covers the life of the province. Local news is mainly about Gegharkunik residents. Talk shows (which are broadcast live) offer a hotline, which ensures interaction with their viewers.

“Though the press and residents were skeptical that Geghama would come together as a single united regional TV channel, but with our work we are proving that we made the right decision,” says Suren Barseghyan.