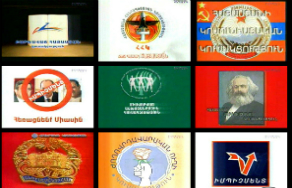 According to Armenia’s Electoral Code, the price per minute of paid air time may not exceed the average cost of commercial advertisement for the last six months preceding the calling of elections and may not be changed till the end of the election campaign.

All rates include VAT (value-added tax). 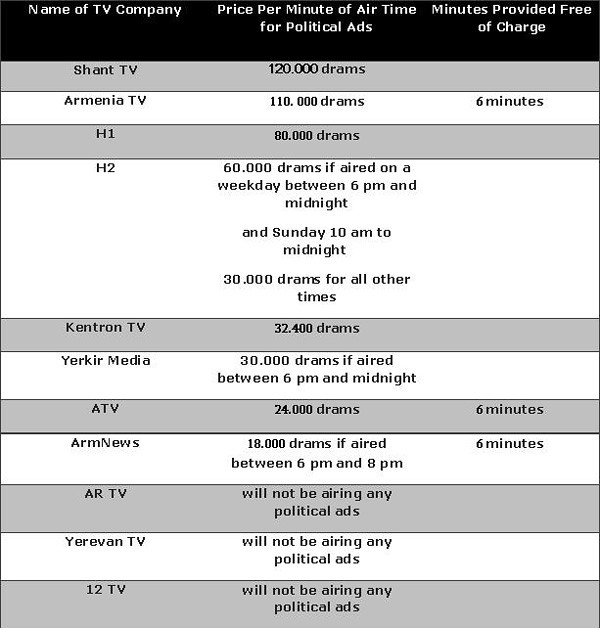 According to the Electoral Code, the Central Electoral Commission will establish the manner and schedule for providing free of charge as well as paid air time on state radio and television for candidates for the parties and alliances that have presented party lists based on the proportional system for the National Assembly. This will be made public on Apr. 2.

ArmNews, Armenia and ATV will provide 6 minutes of free air time daily to political parties and alliances participating in the parliamentary elections based on the proportional system for election campaigning.

The election campaign period will run through from  Apr. 8 to May 4 at midnight.