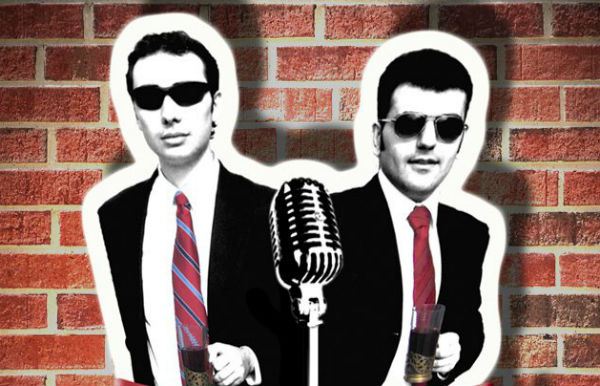 The satirical, analytical news outlet ArmComedy will now be broadcast offline: the comedy duo behind the project will be moving the series from CivilNet online TV to ArmNews TV.

“The idea is that we want to try to grow our audience as much as possible so that which we’re trying to change in society we will be able to change on a more global level — to do something good,” says ArmComedy co-creator Sergey Sargsyan.

According to the other co-creator, Narek Margaryan, moving to television was the next logical move for developing the project.

“Until this, nothing like this had happened in Armenia — that an internet project migrate to television. That’s why we’ll also find out what will happen. But we discussed it at length; we tried to identify the positive and negative aspects [of such a move]: the positive were a great many, which is why the decision was so easily made,” he says.

Beginning in March, the satirical series broadcast on ArmNews will undergo a few changes: it will have new sections and broadcasts that are longer in length, but this, according to the pair, won’t relinquish the poignancy of its online production.

“The entire meaning of our program is impartiality and raising pointed issues — that’s why this matter was one of principle. If there wasn’t agreement, we wouldn’t make the move,” says Sargsyan.

ArmNews TV Director Artak Aleksanyan thinks that collaboration with ArmComedy will be effective and in an atmosphere of mutual understanding.

“Of course there might be subjects that won’t be appropriate to cover — that’s every news outlet’s policy. I think that all our work-related questions will be discussed, and decisions that are mutually acceptable will be adopted,” he says.

Despite migrating to television, ArmComedy will continue its online activity.

“The site with its articles will [continue to] operate. The television [program] will in no way replace the online [production]; this will just be an additional channel. That is, the same YouTube [uploads] and Twitter [posts] will continue — it’s just we’ll share also through television,” says Margaryan.

According to Sargsyan and Margaryan, their fans aren’t disappointed with the decision to make the move to television.

“They were writing to us so much, oh, it’s too bad you’re not on television, that there isn’t comedy television programming — well now there will be,” Margaryan says.

Any possible discontent on the part of fans will pass, Sargsyan adds, if they judge the program by its content.

“A large portion of these same fans and friends were very much opposed to us moving to CivilNet because that too was tied to a certain political camp, but then whoever judged [the project] according to its content saw that nothing had changed,” he says.

The ArmComedy project, created online in 2009, deals mostly with political satire. In the fall of 2011, the project migrated to CivilNet internet TV where it began broadcasting the “NewsHab” web series.