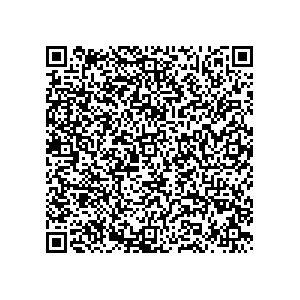 This summer 7 monuments were adorned with a sign bearing a QR code. In discussions on Facebook about innovation in Yerevan many opined that the Armenian capital has many issues and the lack of QR codes is not the most important of these. But the overall impression was such that few in Armenia had an accurate picture of what a QR code is.

Back in BarCamp Yerevan 2009, Mikayel Ghazaryan made a presentation on QR codes, saying what a QR code is and what it can be used for. The mysterious Yerevan signs generated a new wave of interest in QR codes in Armenia.

Following the signs placed near monuments was the proposal for unique T-shirts by designer Ara Aslanyan. The QR codes remind Ara of his childhood, when he invented secret alphabets with strange symbols. “This phenomenon is not widely spread in Armenia and has more of a club orientation. Outside of Armenia, QR codes on shirts or pens are used mainly to make friends in social networks. On my shirt is a QR code that by scanning it, you can see the link to my personal page. Simply by scanning a shirt you can find an unfamiliar person’s personal information [online] and befriend them on social networks,” he said.

“There are 2 negative aspects to the worldwide distribution of QR codes: (1) I don’t know why but people consider that a QR code is so ugly that it’s unlikely it will become widespread and (2) A QR code is used in the open domain — that means the free distribution of uncontrolled content. It’s possible that there might be a sign somewhere that will link to some virus-carrying website or link, and it’s not advised to scan a sign with a QR code in unreliable places,” said the designer.

A QR code is a type of matrix barcode which contains a variety of information about a given object.

QR Codes stands for “Quick Response Codes” which can contain a large amount of information that can be read or decoded at high speed. Unlike other matrix codes, QR codes can be read from any position; that is, it doesn’t matter from which angle you’re reading or scanning it, the corresponding program will be able to read the code correctly.

For example, in order to read the coded signs in Yerevan, you need to have (1) a phone with an Internet connection and (2) a program that can read QR codes which you can download into your phone beforehand.

By the way, QR codes have been around for 17 years. They were created by Denso Wave in Japan in 1994. During the initial development, QR codes were planned for accommodating a large amount of information on a small surface and they were widely pasted on all types of goods. In the last 10 years, alternative use of the codes increased — beginning from business cards and autobiographies up to their placement on gravestones, allowing the transfer of a large amount of information apart from the standard first and last name, and date of birth and death.

In our reality, the areas of alternative use of these codes truly can be manifold: beginning from printing on business cards to the production of posters, cups or unique T-shirts.

It’s not difficult to prepare a sign with a QR code. You can make use of this link to generate a code. Also pretty basic is this site where it’s possible not only to generate but also to decode a QR code.