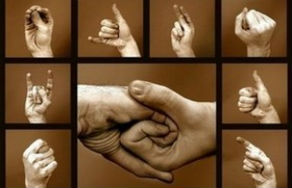 The Armenian government backed amendments to the RA Law on Television and Radio which seeks greater and easier access to information for the deaf and hard-of-hearing communities.

“Sign language is their mother tongue for them and listening to a 15-minute report is more acceptable than receiving information the whole day through subtitles, particularly when the image and the text don’t correspond to each other,” said Journalists for the Future NGO Chair Suren Deheryan.

He sent an open letter to RA Human Rights Defender Karen Andreasyan, who heads the working group on legislative amendments regulating the analogue to digital broadcasting switchover process in Armenia, asking amendments to be made in the amended RA Law on Television and Radio to ensure hearing impaired people’s right to being informed.

The Human Rights Defender promised to look into the matter and sent the letter to the government. Now the government is going to present the bill to the National Assembly.

“Though we haven’t yet received an official letter from the government, we’re already informed through the media and we welcome [the fact] that the government without delay addressed the issue and has backed the proposal. We hope that the National Assembly will consider the importance of the issue and will adopt it into law,” said children’s advocate Yeranuhi Tumanyants with the Human Rights Defender’s Office.

According to her, their office will be monitoring the fate of the bill and also monitor the situation later on so that the TV companies obey the law.

“Now everything depends on the National Assembly: will it accept this bill or not? We have to clarify: do we want to consider hearing-impaired people our [fellow] citizens or do we want to isolate them?” asked Suren Deheryan.

According to him, the hearing impaired try to establish contact with us and since they can’t do it in our language, we have to speak with them in their language, sign language.

The bill on making amendments to the RA Law on Television and Radio will be up for discussion during the parliament’s fall session, which will begin the second week of September.