Armenians on Facebook Fight Against Misinformation by News Agencies 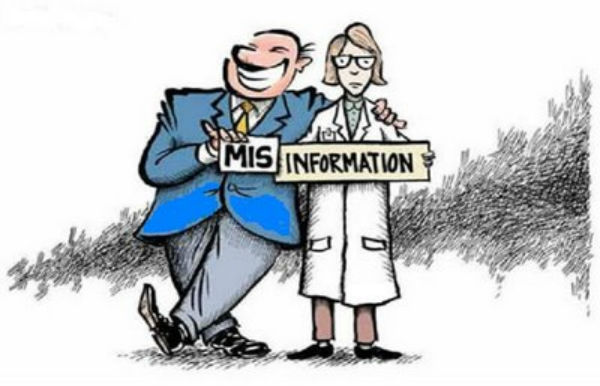 A group of Armenians on Facebook are fighting against misinformation disseminated by local media. Members of the group “We’re tired of living in lies” (translated from the original Armenian) call on news outlets to refrain from “the practice of irresponsibly and knowingly disseminating false information.”

On the Facebook page, members post articles that contain misinformation (noting facts to indicate the information is false), journalistic ethics charters and the results of polls on news media circulating among Armenians on Facebook.

“The purpose of our group is not to smear news outlets; on the contrary, we want to help in creating more responsible media in Armenia,” said one of the creators of the group, Hayk Hayrapetyan.

According to him, the spread of false information has already reached great proportions in Armenia; editors of news outlets openly declare that the main part of the information that’s disseminated is simply untrue.

“But in order to avoid responsibility for spreading false information, they cite the source of the misinformation, being guided by the approach ‘repeating a lie is not a lie’,” he said.

The “We’re tired of living in lies” group was established after a few media reports were published about the Red Cross in which certain online news sites, quoting a post by blogger Parze, reported that the organization was handing out expired condoms that had other people’s sperm on them to minors.

“Prior to the publication of those reports, like all other citizens, I thought that the misinformation that flows every day from our news outlets’ abundant sources, doesn’t have to do with me, but I was deeply insulted by this lie,” said Hayk.

Hayk and his friends attempted to express their indignation by posting comments on the Facebook pages of those local news outlets that published this misinformation.

“But the editors deleted our comments and blocked our entry on their page,” he said, adding that they were stunned by such censorship.

Journalist and blogger Artur Papyan considers it meaningless to request correct information from bloggers and news outlets and to gather around those demands. He finds that the news outlets involved in this story, going after sensational material, did what was expected: they published a sensational story.

According to Papyan, readers have a powerful weapon — their trust — and they shouldn’t trust those blogs or sites where the quality of information doesn’t satisfy them.

“Choose for yourselves a suitable and agreeable news outlet. Your conscious behavior, as consumers of news products, can play a much greater role in raising the quality of journalism in Armenia than creating a thousand Facebook groups and petitions,” he said.

The journalist-blogger finds that deleting comments on a Facebook page speaks to the fact that those pages are not created to make friends with readers, but to ensure numbers and steal clicks. For this reason he advises readers to “unlike” pages they don’t like and go to pages that are more friendly.