Lawsuits Against Local Papers Yerkir and Jamanak Sustained in Part 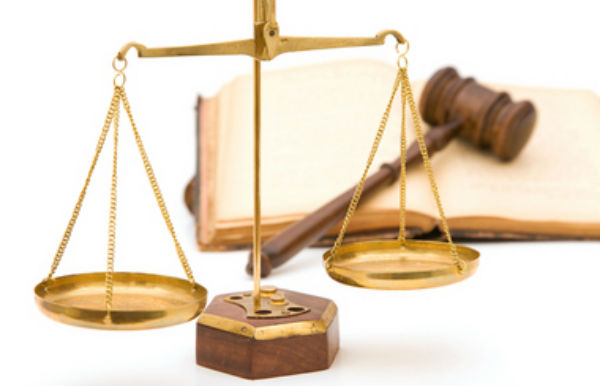 The Court of General Jurisdiction of Kentron and Nork-Marash Administrative Districts of Yerevan sustained in part MP Tigran Arzakantsyan’s lawsuit against Yerkir Editorial LLC, publisher of local daily newspaper Yerkir, obliging the daily to publish the final ruling and pay a compensation of 288,000 drams (about $747 USD) — 200,000 drams (about $533 USD) for damage caused due to calling Arzakantsyan a “rascal” and 80,000 drams (about $213 USD) for legal and court expenses. The court overruled the MP’s demand for a retraction published in the daily and 3 million 568 thousand drams (about $9,515 USD) in compensation, deeming it to be unfounded.

The National Assembly deputy considered the statements “that rascal,” “stilyaga” (dandy), and “speaks more understandably in the Armenian dialect of…” in an article titled “131 Faces and Masks” published in Yerkir’s Jan. 13 to be insulting and the statements “brings and takes beauties by plane,” “is also known as a frequent customer at casinos,” “has a habit of getting a continual beating,” “has gotten a beating,” “every time after getting a beating,” and “in the passing [parliamentary] session, he’s appeared in the National Assembly’s corridors only once” (in the same article) to be libelous.

According to Yerkir’s chief editor Bagrat Yesayan, the term “rascal” in the article was a quote from Hrant Bagratyan and when Tigran Arzakantsyan presented a note on behalf of Hrant Bagratyan that said he said no such thing, the newspaper published a retraction.

“We believed that with that, [this part of the issue] was exhausted,” he said.

In Yesayan’s words, though they had announced that even if the suit was sustained for damages worth one dram, they would continue to fight; however, at this time, they have to seek consultation as the ruling was somewhat unexpected.

Both parties didn’t rule out the opportunity to appeal the verdict: after they’ve become more acquainted with the ruling in its entirety, over the next few days, the parties will state their intentions.

President of the Yerevan-based Committee for the Protection of Freedom of Expression Ashot Melikyan noticed that this was the first case in which the court limited compensation for insult and libel to 200,000 drams and not at the maximum amount permitted by law.

“In any case, the approach is subjective, and the extent of subjectivism was quite great; according to the law, everything is left up to the court’s discretion; on the other hand, it can be noted that the court also took into consideration Arzakantsyan’s being a Member of Parliament; that is, his potential power, and so it didn’t want to issue a ruling against that force. There has not yet been any verdict in favor of a newspaper; this makes us concerned,” he said.

In Melikyan’s words, this court case was also an interesting precedent in the sense that in writing the word “rascal,” the paper was attributing the quote to Hrant Bagratyan and since the paper had published the note brought forth by Arzakantsyan, on one hand, it can be perceived as a retraction; on the other, not.

“And herein lies the subjectivism: the court, as a rule, is on the side of he who is strong,” he said.

Another local daily, Jamanak (“Times”), has clearly decided to appeal the Court of General Jurisdiction of Kentron and Nork-Marash Administrative Districts’ verdict issued days earlier, according to which Bella and Sedrak Kocharians’ lawsuit against the newspaper’s founder Skizb Media Center LLC was sustained in part. The court ruled for the paper to pay the Kocharians 3 million drams (about $8,000 USD) as compensation for damage caused to the plaintiffs’ honor and dignity as a result of insult and libel, but denied the 3 million drams’ compensation requested for legal expenses.

In the words of the newspaper’s representative, attorney Nikolai Baghdasaryan, the daily published the retraction, which the court should’ve considered sufficient.

“And Kocharians’ representatives had considered the same things both insult and libel; that’s impermissible, since they have different definitions,” he said.

Ashot Melikyan finds that here it is obvious the intolerance toward news outlets and the desire to inflict as much cruel punishment as possible.

“Our politicians more so think about the maximum amount of compensation rather than reinstating their honor and dignity,” he said.

Recall, the Kocharians had filed a lawsuit against Jamanak for three articles published in September and October of last year in which the daily claimed that Bella Kocharian, wife of Armenia’s second president Rober Kocharian, is involved in the pharmaceuticals business, the chain of drugstores “911” belongs to the Kocharian family and they’re the ones who sponsor Comstar, Likvor and Pharmatex in pharmaceuticals markets. The paper also alleged hat the Kocharian family owns diamond mines in Namibia and that recently, Sedrak Kocharian acquired a diamond mine in India.