Na/Ne Media Award: When It Comes to Quality of Submissions, There’s Still Much Work to be Done 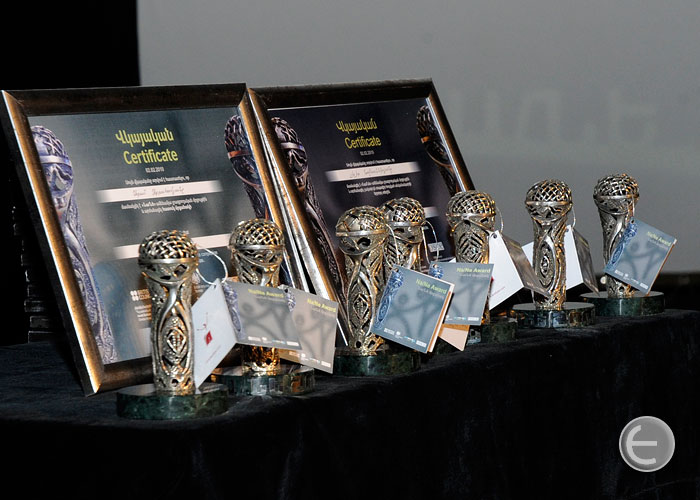 The deadline for submitting to the 2010 Na/Ne annual media award organized by the British Council in Armenia was today. This year, more than 100 journalistic material was nominated in the categories of TV program, printed article, radio program, online or blog article, photo or photo story and social or commercial advertisement, as well as the new category of student work announced by VivaCell-MTS this year.

Materials must have been published or broadcast within the period from January to December 2010 and covered the activities and achievements, problems and challenges of women in political, economic and social spheres from the gender equality perspective. The goal of the Na/Ne competition is to ecourage coverage of these topics throughout the year.

“Though many speak of women’s equality and role, everything is presented in a negative light. This award tries to identify those women who are leading and successful, tries to show them in an unbiased way, to illustrate equality between women and men,” said Director of the British Council Armenian office Arevik Saribekyan.

According to her, based on the year’s trends, one topic may figure prominently in the materials: this year, the materials were mainly on the topic of gender-based violence.

In terms of quantiy, the number of materials submitted doubled; however, in terms of quality, said Saribekyan, there’s still much work to be done.

“There’s always protest on the part of jury members: there are works which are very well delivered, but the subject doesn’t correspond [to the rules of the competition], and the opposite, there are really good topics where the journalistic work is weak. I hope, over the years the two will merge together,” said Saribekyan.

Jury member and Journalists for the Futre NGO President Suren Deheryan finds that the material presented by journalists is reflective of the state of media in Armenia.

“There was one clear issue: the subject was good, but the delivery, poor. We have to take into consideration the age of participants and their experience. I think, you can’t expect perfect quality from journalists at that age and with little experience. Majority of the award winners were young and newly graduated. This age group comprises the staff of nearly all news agencies [in Armenia]. They don’t pay them a lot and they don’t require much in terms of quality; as a result, we get what is possible through these means,” he said.