In the Library: Armen Ohanyan 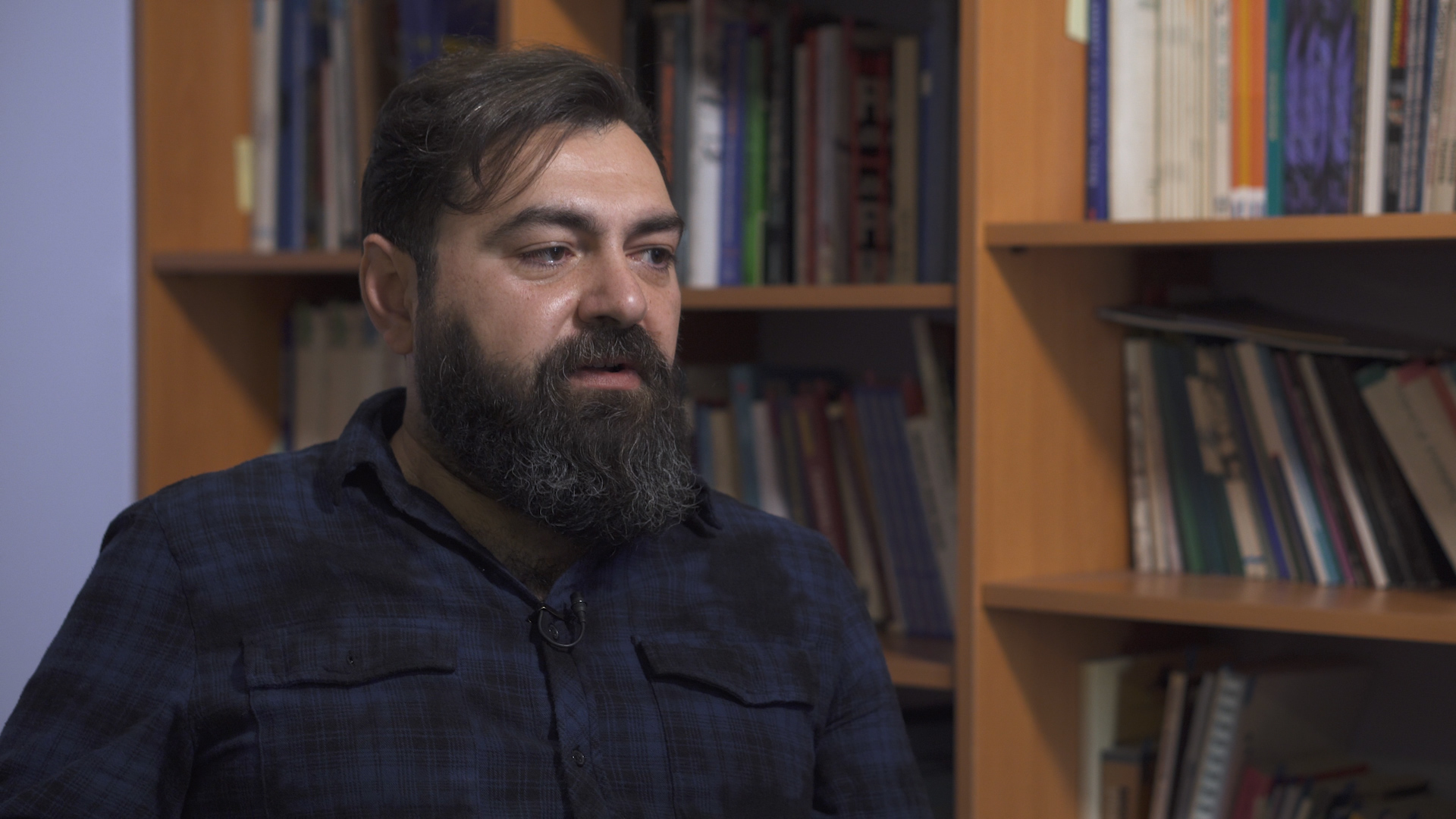 Armen Ohanyan in the library of Media Initiatives Center

Fiction writer and PEN Armenia president Armen Ohanyan things that slip-ups and failures create grounds for criticism. He reminds the words of the Kurtan man that had a conversation with the Prime Minister,

“It’s very important for the public to get silent. If there are no moments of silence, if we don’t stop for a moment, if don’t feel our helplessness and if we don’t faint from powerlessness, all the talks will remain at the level of “a proposed toast.”

This incident was an occasion to admit how powerful the media is, how easily it can shock the public. However, it’s the media that defines the purpose of shocking,

“We have lived long enough in the times of concealing problems and the propaganda of nebulous phrasings. We know what it means to be disconnected and out-of-touch.”

Armen Ohanyan says that the exhausted society learns to become more caring also with the help of such incidents. After all, this is a sign of a powerful state.