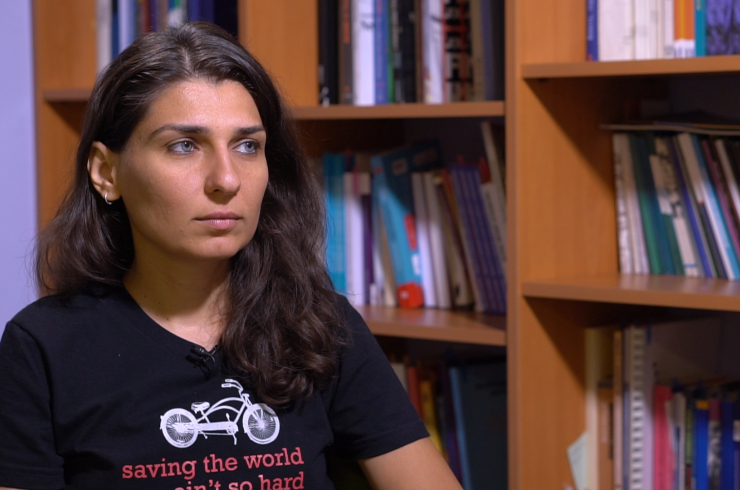 “We’re in a situation now where it is impossible to keep silent about Amulsar. Most every media outlet wants to talk about it, it’s just that they do it in different ways,”said Arpine Galfayan, a member of the Armenian environmentalist front.

In her opinion, although environmentalists have their own allied media platforms, they are less effective than media corporations and administrative resources in large-scale corporate campaigns.

Arpine suggests launching a series of discussions with the public, as there are few media platforms that help people to deeply understand the real issues and form their own opinions.

“We have compiled a list of media outlets that are always present Lydian’s corporate interests. We don’t give interviews to them,” she said.

Arpine has learned from her experience that it is good to boycott these media outlets because, either way, they still build materials and change the context so that it prioritizes the opinion of the miner rather than the environmentalists.

The best film for understanding the environmental topic emotionally is, in my opinion, James Cameron’s Avatar. A classic story in the genre of fantasy, wonderful nature, love and passion, a war against corporations and a happy ending. This film, shot ten years ago, has been forgotten by many and in Armenia now is really the time to rewatch it.