In the Library: Mesrop Movsesyan 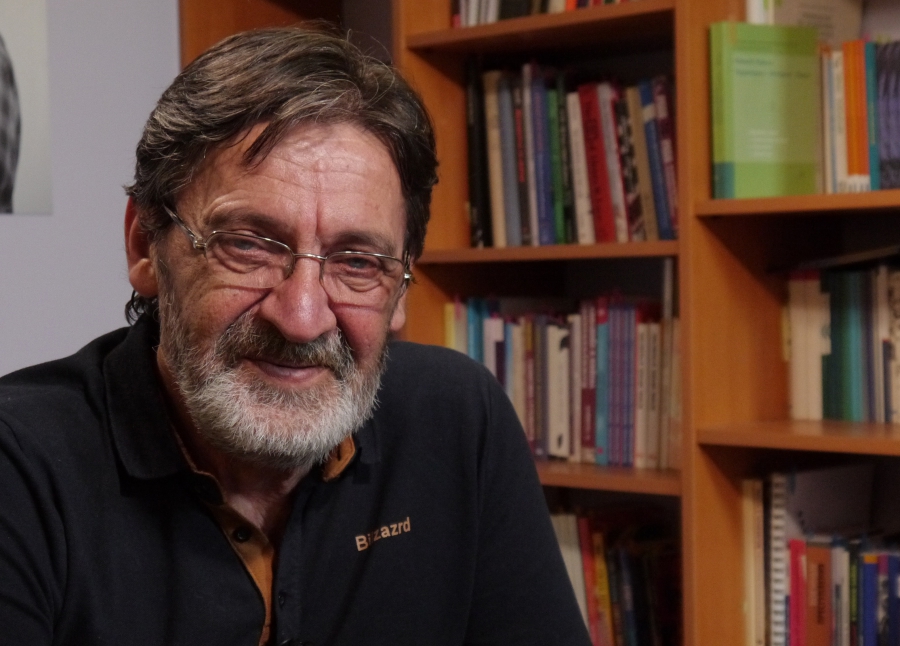 The means of restricting information flows in independent Armenia have changed periodically. There are numerous cases of keeping reporters within certain boundaries or silencing them. However, the most famous and highly discussed case was the closure of A1+ television company. April 2 will mark the 16th anniversary since A1+ was taken off the air.

We talk with Mesrop Movsesyan, the founder and president of A1+, on the subjects of free, not free and partially free media in our library.

“Mechanisms for silencing media used to be rough, now it is done in a much more delicate way. For example, the media doesn’t have the opportunity to earn their own money,” he says.

And as a result, the media gets used to “holding their tongues, getting fed by those who have money, and working calmly in a well behaved manner.”

A1+, which remained in history as an example of the freedom of the press being pressured and blocked, now has short airtime on another channel. Mesrop Movsesyan considers this a step which helps to keep his journalistic team “in a hot condition.”

Last week, a picture was spread across social media networks, which depicted German Chancellor Angela Merkel, UK Prime Minister Theresa May and Lithuanian President Dalia Grybauskaitė a group photo taken during their school years. Social media users paired the photos with a conspiracy theory, that the world leaders studied together, and now they lead together.

Fact checking expert website, snopes.com, was quick to publish an article exposing the conspiracy theory on the three women leaders having studied at school together as being false. Angela Merkel was in fact in the photo, however the other two were her friends at the time, and not May and Grybauskaitė.

Snopes.com is very convenient, especially for conspiracy theories, photographs of famous people and for reading fact-checked articles about allegations.