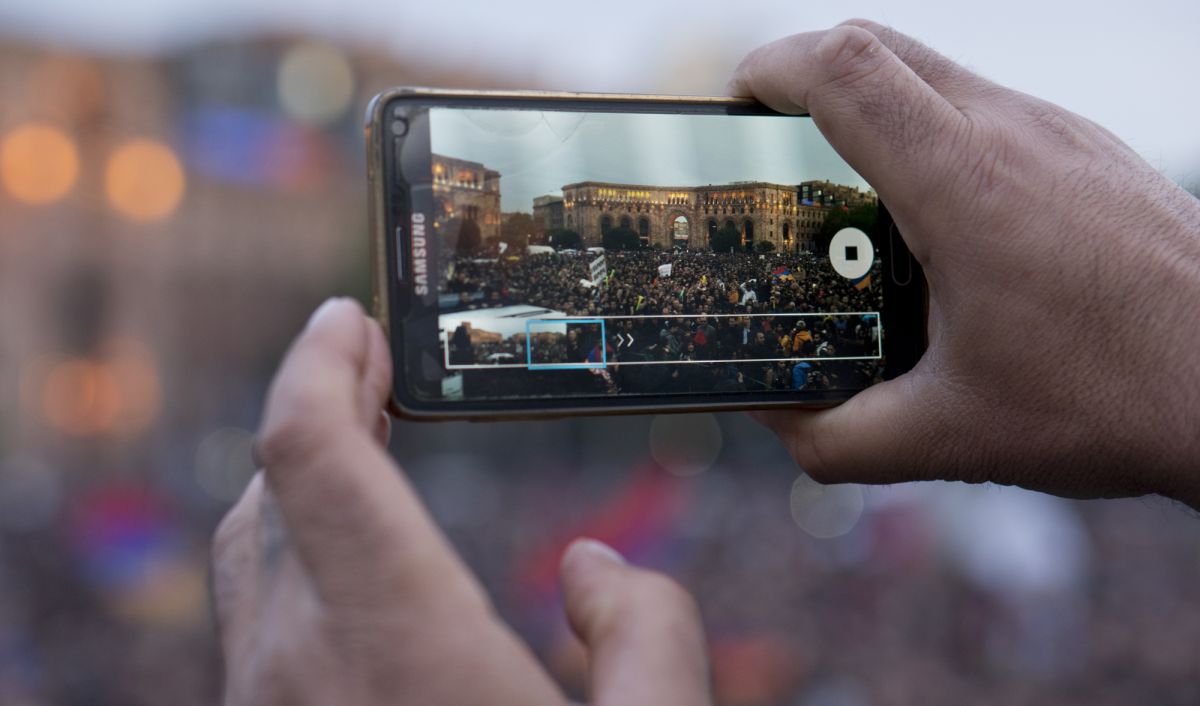 The My Step movement remained in history as an open handed revolution. That was doubly open, because almost all the people had a phone in their hands which was used to take videos and broadcast the events. Thanks to this, both the cases of violence, and the moments of happiness were documented and spread at lightning (or better yet, internet) speed.

But the hand held mobile video recording devices were a powerful and joyful tool, which recorded every detail and united people. With this tool, people realized their own strength.