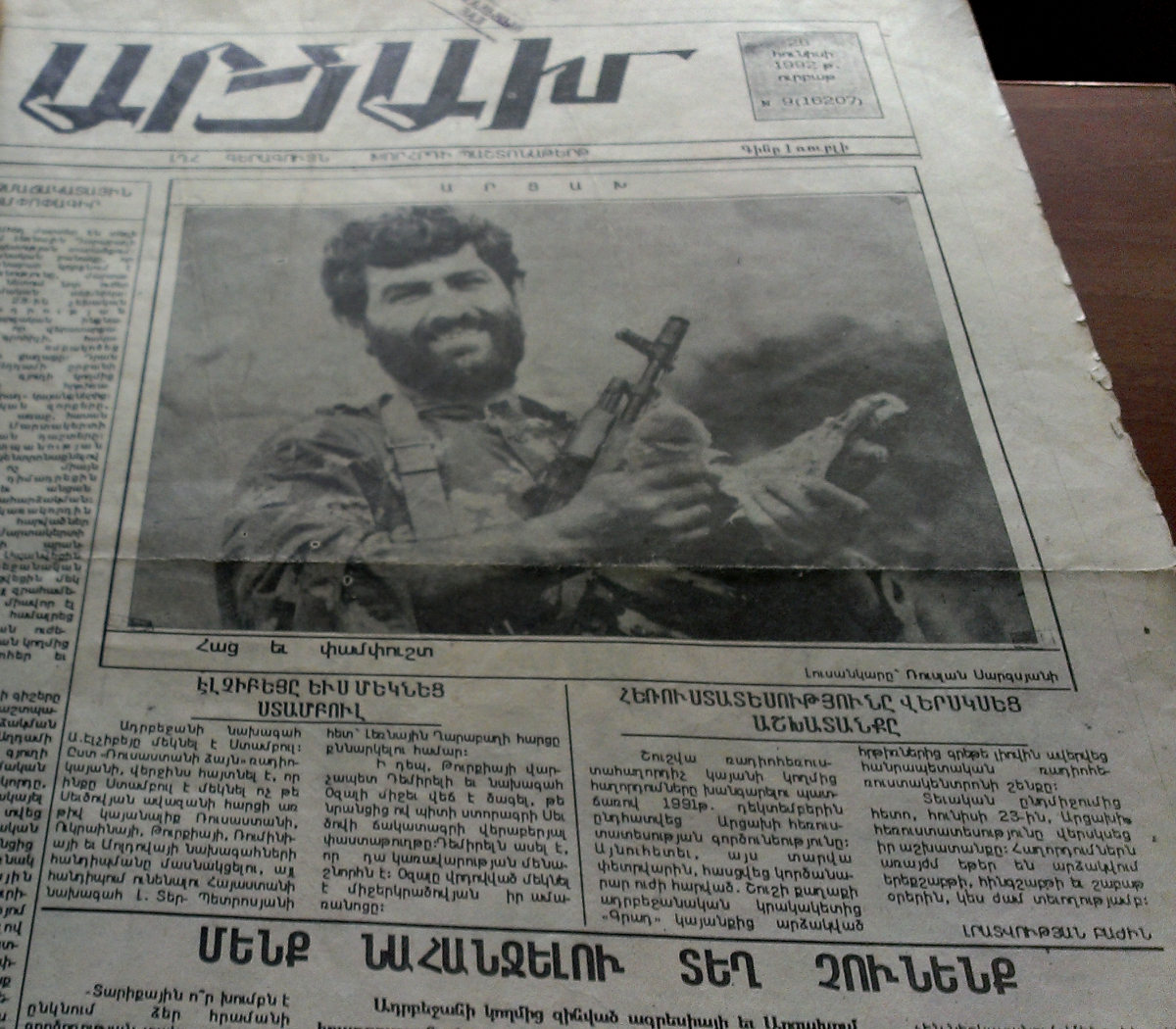 Artsakh, the official paper of the Supreme Council of the Republic of Nagorno-Karabakh, on June 26, 1992, published news that Artsakh TV would resume operations. The article mentioned that the TV/radio tower had collapsed in February 1992 from missile attacks from Azerbaijani posts in Shushi.

​“After a long interval, on June 23, Artsakh TV recommenced its work. Programs are now broadcast on Tuesdays, Thursdays, and Saturdays, for half-hour durations.”