The Travelling Armenian Photographer “on Wheels” 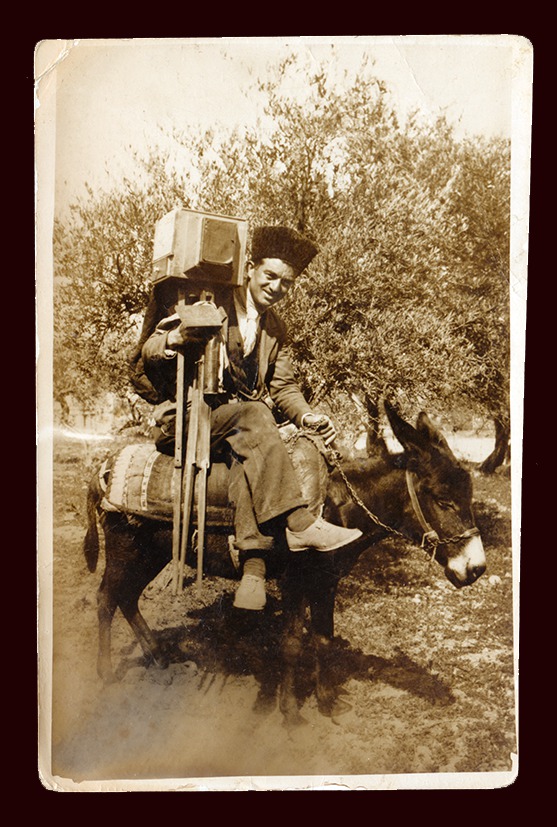 Now, everyone, everywhere, every second is snapping photos. A century ago, photography was an inaccessible and difficult process, something akin to a miracle, especially in towns and villages, where there were neither photographers nor cameras, nor people willing to be photographed.

The subject of this photograph is itinerant photographer Harutyun (Karapet) Hayrapetyan, who in the 1920s would travel from village to village with his camera and photograph all those wanting to be photographed. It probably was one of the first attempts to turn a complicated and time-consuming job into a small and mobile business.

Basically, it wasn’t the villager who went to the photography studio but the studio that went to the villager. Man/studio Harutyun Hayrapetyan, loading all his equipment on a donkey, would go on the road and offer his services to the residents of Lebanon’s villages.

Hayrapetyan was born in 1900 in the canton of Nalloskhan of the province of Ankara and died in 1979, in Beirut. Starting in 1920, he turned photography into a profitable business, thanks to which he was able to feed his small brother and mother saved from the Armenian Genocide, as well as the family he formed from the end of 1925.

He photographed only with the camera obscura, that simple device that receives an object’s optical image. It can be considered the forefather of modern cameras.

In 1930, Hayrapetyan stopped taking photos (it can be assumed that new technologies inhibit small business) and he provided a living for his family through his work as a butcher and shoemaker.

Hayrapetyan’s photo and information about his work was collected lovingly and with care by photographer Vahan Kochar, who has been busy searching for and collecting portraits of photographers for many years. Kochar places great importance on the development of everyday photography, convinced that being photographed is the ritual that best represents time.