My Subject is the Life of Iraqi-Armenians 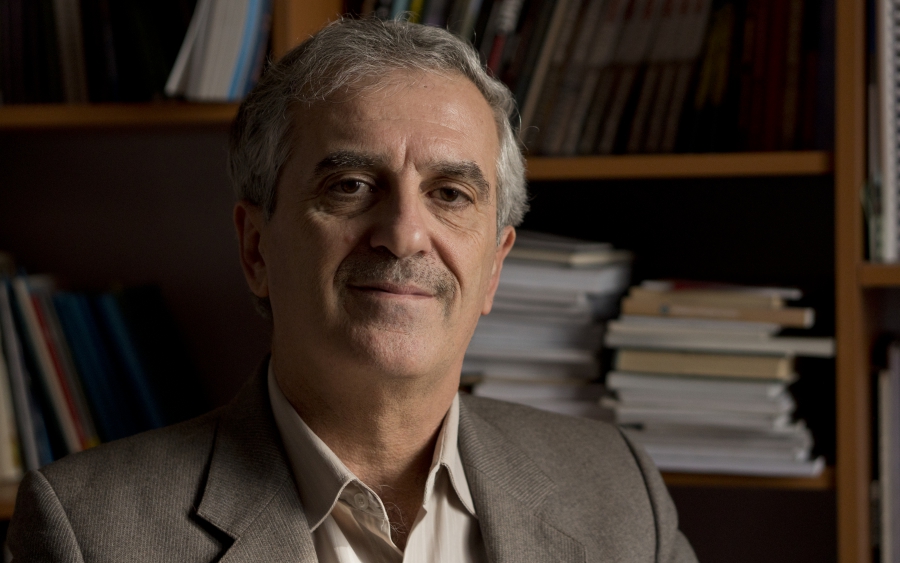 People are only interested in the smallest Armenian communities when something is happening, like a church is collapsing or is being destroyed, or official meetings are being held. There is nothing beyond this, nothing interesting.

The video posted on my blog recently about the condition of the Armenian Orthodox Church in Mosul, to my surprise, has been of great interest to some media outlets.

Less than 13 minutes after publishing it, Aztag Arabic published it, then East News. The surprising thing was, that they were asking me for permission to post the video, while the video was not even originally mine, rather it belonged to one of the Arabic language Catholic radio stations.

When I was still living in Iraq, I saw again that media did not care much about small colonies. I didn’t hear about anyone coming to write about how the Iraqi-Armenians were living, for example, or what problems they have. In the press, there were only mentions of a few official meetings and once in a while of church life.

I am trying to keep the subject of the Iraqi-Armenians alive through my blog. Until now I have connections with the Prelacy. I get my news from there and publish it on my blog, which is also connected to my Facebook and Twitter profiles.

The media also uses these materials, sometimes crediting the source, sometimes not. When they don’t credit the source, I don’t feel bad. It’s simply not right to steal someone else’s writing and present it as your own.

Technology is so advanced nowadays, that checking information takes just a matter of seconds.

In the past, it was not so easy. During the time that I worked in Iraq, the possibilities were limited, especially since the internet was strictly restricted in the country.

We would receive local news by either phone calls or visits. My work became difficult in that environment of scarcity when we were writing about the Armenian Genocide, about other Diaspora communities, about Artsakh.

In any case, I tried to avoid writing information that was not fact checked in when working for the newspapers. I also tried to write as much as I could about the subject of Armenians, especially in Arabic or for Arabic-speaking media, because there was very little information in Arab media about the subject of Armenians, and whatever existed was often distorted under Turkish influence.

Unfortunately, keeping it a hot topic had to stem from the interests of their country. For example, if they are having problems with Turkey, you would immediately find articles regarding the Armenian Genocide in the media.

I also didn’t miss any opportunity. Since 1991, I would write articles about Armenians, the Armenian Genocide, the Karabakh Movement in several Iraqi newspapers, including those which were state-run.

Of course, there were security issues. I would always be told to be careful, but the need was so great that I had no room for hesitation.

I remember in 1992, when my article about Karabakh was published in a state newspaper, I drew the map by hand, since we didn’t have the opportunities of today. I also didn’t want the territory of Nagorno Karabakh to be on the map, but rather historic Artsakh.

At the time, I lectured at Baghdad University, simultaneously reporting for Saut Al-Talaba, Al-Mustaqbal and Al-Diwa Weekly.

Those and other articles received a good amount of feedback, since there were very few materials in Arabic speaking about Karabakh, Armenia and even the lives of the Iraqi Armenians. After the elimination of Internet restrictions in 2003, the situation still didn’t change. Until now there are very few articles in Arabic about the Armenian subject.

There is no point in writing about Armenian issues in Armenian. There is a good point in doing it in English, and in Arabic a bit.

In 2006 I started my blog, and until now I write in Armenian, English and Arabic. I share my written works on Twitter and Facebook, including two of the largest groups I have created of Iraqi-Armenians. I can see that those materials are read a lot, which means that there is a need for them.

I always ask myself what to write about that would be interesting.

There are so many media outlets in Armenia now, there are so many topics that are being covered, that I simply have to write an analytical article in Arabic about the Armenian Genocide, the Karabakh issue and Iraqi-Armenians. There are now 6-7 thousand Armenians in Iraq.

The subject of the lives of Iraqi-Armenians is mine,and up till  now I am able to write and spread information that I get from my contacts with the Prelacy.