“To make Armenia news interesting for international media, it must be brought out of the local context” 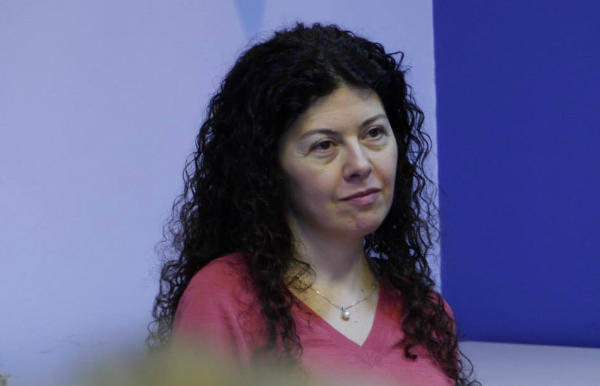 Lara Petrossians is an Armenian journalist born in Iran who has been living and working in London, at the BBC, for 18 years. Joining the BBC’s Persian service in 1997, Petrossians held various positions — from TV broadcaster to producer.

As an employee of a TV station expelled from Iran, Petrossians has no right of return to her homeland.

“A few years ago, the Iranian government declared that anyone working with the BBC is considered a traitor. The ruling authorities are against the BBC’s programs, which is why we don’t have permission to have an office or correspondent in Iran,” she says.

The BBC Persian TV team works in London, where it tries to provide current and reliable news to a Persian-speaking audience.

How do you manage to deliver news at a distance, on events in a country where you’re not physically located?

It’s very difficult. It’s unfortunate that we broadcast programs for Iran from abroad. If we could go and see and feel life on the ground, we would understand what, in particular, is important for locals, and we would produce programs more in tune with their lives.

Of course, we get information from the internet, but we have to call different places to verify it. We don’t have a correspondent in Iran, which complicates our work. Sometimes we don’t even get an interview, to avoid possible problems. If we don’t work hard to remain close to people’s everyday lives and problems, we’ll lose our connection with them. 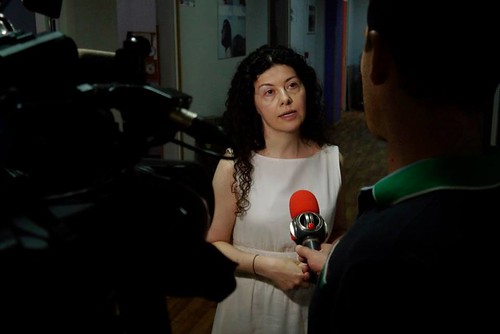 Lara Petrossians after the Yerevan screening of
“Remembering the Armenian Massacres”

What significance does Iran and a Persian-speaking audience have for the BBC?

For 75 years, the BBC has been working for a Persian-speaking audience. In countries like Iran, Tajikistan, and Afghanistan, for years there wasn’t a TV station that people could trust. The BBC has become this news outlet: it has become the only source of reliable information.

Understanding the importance of being a credible source for a Persian-speaking audience, the BBC in 2009 decided to establish BBC Persian TV. In the BBC family, the largest non-English-language channels are BBC Arabic and BBC Persian. The Persian service has about 150 employees (three of whom are Armenian), while the station has a weekly audience of 12 million.

On the occasion of the centenary of the Armenian Genocide, you together with your Turkish colleague filmed “Remembering the Armenian Massacres,” which didn’t meet some people’s expectations because, being Armenian, you didn’t use the word “genocide” in the film. How does your ethnic identity inform your professional activities?

From the first moment you start working at the BBC you are committed to being objective and impartial. And this is so ingrained in your mind, you try so hard to be impartial while developing different programs and news stories, that impartiality becomes a part of you.

There are, of course, topics that make coverage difficult, but you understand that you can’t put your impartiality aside because it’s the most important thing at the BBC.

Going to Van [in Turkey], walking in an Armenian neighborhood, and entering a church that perhaps my forefathers had visited was very emotional and compelling, but I understood that to shout that a genocide took place was not necessary.

The BBC very clearly says that it doesn’t use the word “genocide” because no independent court such as, for example, the International Court of Justice in The Hague has proved this. And this doesn’t refer only to the word “genocide”: the same approach is applied to many other terms.

I as a BBC employee didn’t use the word “genocide.” But mentioned several times in the film are the terms “mass deportation,” “mass killings,” and “massacre”; historians and foreigners expressed their views, using the word “genocide,” and it wasn’t a problem.

During this visit to Armenia, you visited some news outlets and spoke with local journalists. What’s your opinion of the local Armenian media? What are some obvious shortcomings that need to be rectified?

I’m very happy that I was able to visit different news outlets both in the city and in the regions, and meet with local journalists and students. I’m particularly moved by how much effort the media exerts to develop and learn new things.  I’m impressed with young people, who always asked questions and were interested in how the BBC regards an issue. 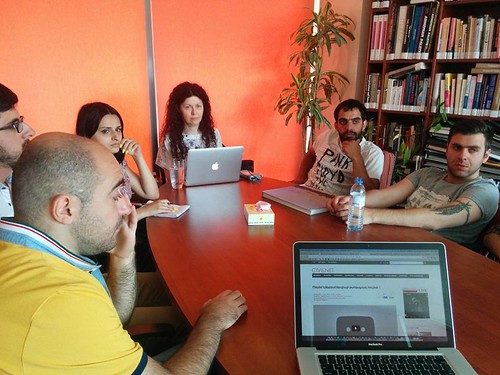 Lara Petrossians at a meeting with local journalists

The media in Armenia is very interesting and diverse: there is everything here — from news to talk shows and soap operas. Every TV viewer can find something to interest him. Of course, there’s a lot of room to grow, but it’s not as though everything is bad.

It would be good if during news broadcasts, an expert or analyst was invited as a guest to analyze the news and explain to the audience why it’s important. There is no analytical approach in news broadcasts; instead, there are a great many press conferences. Local press conferences, which are covered to a great extent here, are uninteresting, since nothing critical is stated in them.

My other important observation is sharing news stories on different platforms; i.e. cross promotion. It’s essential to share stories in not only Armenian, but also English because those following the topic through a hashtag might not know Armenian but be quite interested in it. Sharing news stories correctly and in an interesting way is very important — you must work towards this.

When Kim Kardashian came to Armenia, many began to talk about this on social media and many were opposed to disseminating this news, saying who is Kim to write about her. But I think that any publicity is good publicity.

Kim Kardashian, who has millions of followers who perhaps didn’t even know where Armenia is, came and drew the world’s attention on issues important for Armenians. She spoke English, the media disseminated her remarks in English, and Kim’s message became very quickly available to the world.

It would be good if spreading news in English was given importance also during #ElectricYerevan. If there was information, video content in English during the first few days of the demonstration, it would’ve garnered greater interest. Also very important is presenting the news in a broader context. Also, describing why this issue led to such an uproar; what might happen in the future; what else might become more expensive as a result of raising the electricity tariffs; if the electricity price goes up, will the protest continue or not. Foreign news outlets want to see analysis: why did it happen and what consequences might it have; how it might impact, for example, relations with Russia.

The international media’s attention can be called also on the Golden Apricot Yerevan International Film Festival. Many films this year premiered at this festival, which is a very important indicator for a festival. A director who brought his film to Armenia, to screen it at the Golden Apricot for the first time, could be interviewed. This news would be immediately picked up by international media, especially if the director is a well-known figure.

Means to make foreign audiences interested in the news must be found.

The international media also might be interested in short reportages and documentary films on Karabakh that describe the situation today and why shootings continue if there is a ceasefire. How can tension at the border affect the region? This interests everyone. Perhaps such analyses exist in Armenian, but outside media doesn’t know about them because they’re not available in English.

To make any news interesting for the international media, it must be brought out of the local context, connected to the world, and considered more broadly.