‘Journalism is a daily struggle against failure’ 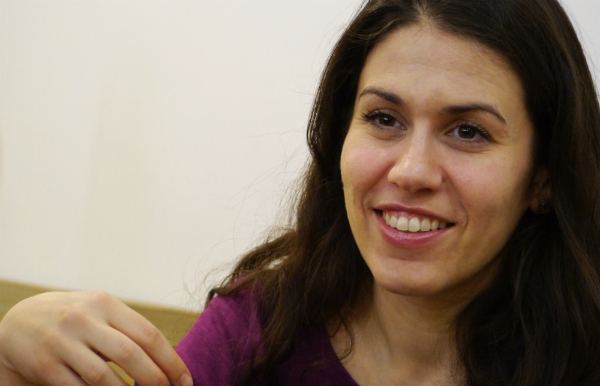 Armenia is one of those unique countries that have a diaspora larger than its population — including in terms of experts. Media.am is launching a series of interviews that aims to introduce our readers to journalists and media professionals of Armenian descent.

Becoming acquainted with Armenian professionals who work in major international media organizations is an attempt to understand the potential and outlook of journalists with Armenian roots.

Our first interview is with Armenian-American multimedia journalist Karoun Demirjian, who is currently based in Moscow, where she is reporting on Russia and the former Soviet Union for the Washington Post.

Karoun is a graduate of Harvard University and the Fletcher School of Law and Diplomacy. However, instead of working in law, she decided to enter the field of journalism.

While Karoun was still at Fletcher, she worked as an intern for various news media, dreaming of one day becoming a foreign correspondent. She has worked with several prominent media outlets in the US such as the Las Vegas Sun, Associated Press and Chicago Tribune. Karoun has also covered the Israeli–Palestinian conflict from Jerusalem and the Gaza Strip.

In late December 2014, Karoun came to Yerevan to cover Armenia’s accession to the Eurasian Economic Union.

You’ve been to Armenia before, but this was your first time covering Armenia. What are your impressions of the country as a tourist and as a journalist?

Yes, this was my second time in Armenia and first time covering Armenia, which feels very different. The first time I came as a tourist to see the country about which I was told since I was a little kid. When I first came to Armenia, I came after I went to Turkey and Georgia, so basically I did a whole tour of everything my grandparents and great grandparents talked to me about. So the first trip was much more emotional.

But this one was different because I had a schedule; I was working with a local journalist who was helping me organize interviews; I was talking to government ministers, who were not always that comfortable talking about subjects like Armenia’s weird place between East and West. I was getting a different side of the country.

The first time I was a Diasporan tourist; this time, I got more about how things worked and that was fascinating, because I am Armenian, that’s for sure, but this time I was trying to look at everything as somebody without a connection to the country. Things are changing so quickly in this part of the world, so to figure out how to explain Armenia in that way made me learn more in the process too. 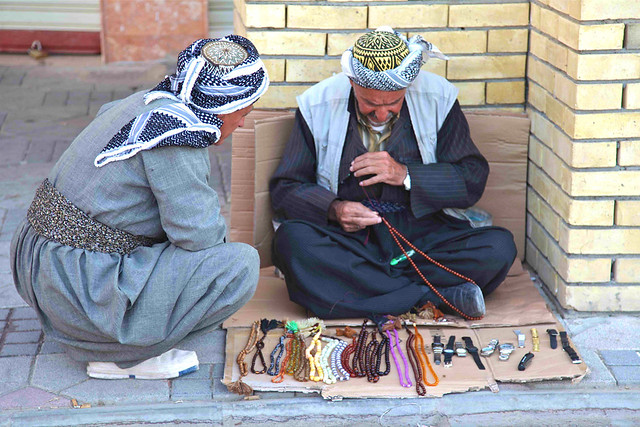 You have quite an impressive educational background. You hold a BA degree in History from Harvard University and a Master’s degree in International Law from the Fletcher School of Law and Diplomacy. How come you ended up in journalism?

My interest in journalism began while I was in college. I worked for my college radio station. I had written a handful of articles for the newspaper, but I wasn’t serious about it. I was a musician in college; I joined the radio station as a classical music DJ, and I decided I would give the news department a try.

After college, I applied for an internship at National Public Radio, and I got it. I was working for a program called “All Things Considered” which was their main afternoon program. I was working in the studio, editing materials that were coming in from reporters who were working from all over the globe. That was my job. When you do this, you sit in a small editing booth, four feet by four feet . But I remember thinking, why am I in this dark box? This is not where I want to be. I want to be where they are.

While I was doing law in Fletcher school, I was working at the local national public radio in Boston outside of school. I was doing an internship for a New England cable station at one point and trying to figure out where I was gonna fit in this whole journalism role. I dreamt of being a foreign correspondent.

After I finished graduate school, I went to work at a newspaper in Portland, Maine, for the summer. But I wasn’t yet completely sure about journalism, so I went to work with the United Nations for a few months, also an internship, which was interesting, but on Day 3, I suddenly realized it wasn’t for me cause it just moved so slowly in comparison, though I didn’t leave for another four months. And then I got into the Chicago Tribune’s internship program and that turned into a job and then it went from there. 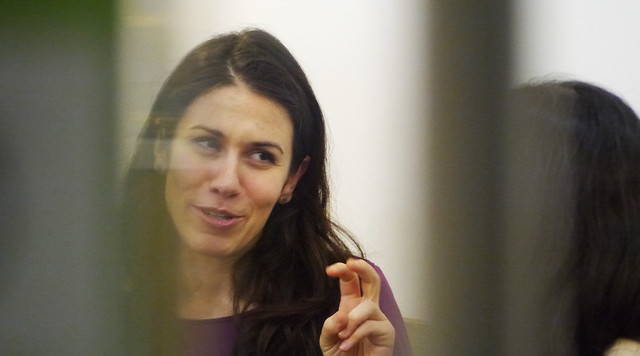 It wasn’t the greatest time to enter journalism because in 2007–2008, the market started to go crazy, and there was a big financial crisis; at the same time journalism was a mess because we were trying to figure out how to make money going online, since nobody buys newspapers anymore.

Then I applied for a fellowship that brought me to Russia as a Washington Post reporting fellow.

And that means I’m the second reporter in a bureau of two in Moscow. Two of us have to cover everything from the Ukraine war to political changes that are happening — basically everything. That means one day you have to be an expert on energy markets, and the next day you are hanging out with teenagers trying to figure out what they think about politics. And that’s normal.

This is the opposite of what I said about the United Nations. Everything is so quick and dynamic in journalism, and you have to become an expert on something. As you mentioned, I was a history major in college, and I much prefer watching and reporting on history as it’s happening than sitting in a library.

You have to get used to the idea that journalism in some way is a daily struggle against failure because if you don’t meet those deadlines and you don’t do those interviews, then you fail. So there are lots of things to figure out. 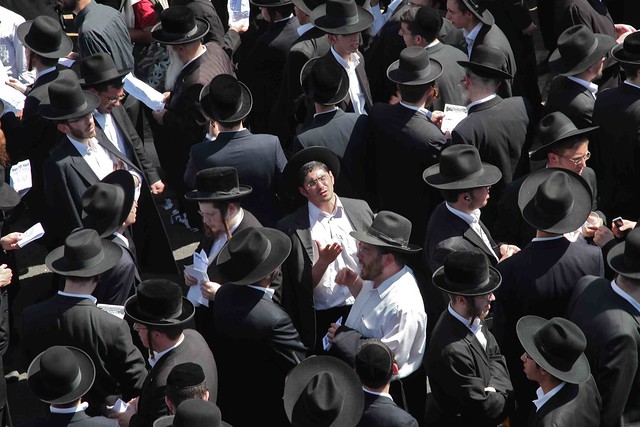 How does your Armenian heritage affect your career?

When it comes to stories about Armenia, I try very hard, as much as it’s possible, to distance myself, my heritage, my everything from the reporting I’m doing. And that’s the case when I’m physically in Armenia or I’m writing story about Armenia. We are human beings; we have thoughts and feelings about almost everything.

Not that you become a cold fish, but it becomes a question of real politics, or you learn how to cut out that part of you for the purpose of doing your job, which is to have an open interest and balance things out and try to report things as objectively as possible. That’s our job.

And when it comes to Armenian issues, it’s an exercise. Sometimes it’s difficult for Armenians to understand that: they say, “You are an Armenian, why did you write this story?” and I say, “Because it doesn’t matter what my last name is.”

It’s important to know who you are and where you come from but also be able to sometimes put that aside when it comes to the work you do.

You can’t say because I’m familiar with the Armenia-Azerbaijan conflict, I know about all conflicts. That’s not correct. But when you’re reporting on Israel-Palestine issues, and sometimes there’s an understanding in the dialogue and sometimes there isn’t, you kind of know what that is.

Being intimately familiar with Armenia’s situation and difficulties with other countries has meant that you can understand how and why other conflicts, hurts, and feelings develop. 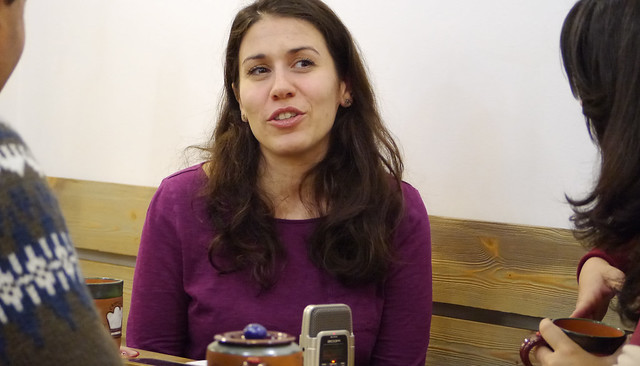 You weren’t allowed to enter Azerbaijan because of your Armenian heritage, is that right?

I should have known about this, perhaps. When I took that trip to Armenia, Turkey, and Georgia, and I travelled to Azerbaijan, I had just been in Israel and Palestine for a year, living in Jerusalem and Gaza City and covering the conflict. It wasn’t an open war but it was a tense time. There’s a lot of ugliness and tension, but there’s also lot of good people on both sides who are really trying to come up with some sort of dialogue.

And after that I thought, well, if these people are trying to do lots of stuff, I feel like I have to do the same thing. I can’t go to Armenia and not try to see Azerbaijan — that would be wrong. I have a US passport, I didn’t have Karabakh [visa entry] stamps; I didn’t even have Armenian [visa entry] stamps at that time. They kept asking me my nationality. I said I’m American, but they asked me for my nationality so many times, I eventually got bored and said, “Do you mean my ethnicity? My nationality is American and I’m American, but do I have an Armenian name? Yes, I do.”

I got pulled into a back office for two hours for questioning. I tried to explain that it’s important for me to see the side that I haven’t been shown, and I really wanna see it. They eventually said they couldn’t guarantee my national security.

Western media doesn’t cover Armenia that much because it’s more stable than Ukraine and smaller than Russia. And because everything nearby is such a huge story, nobody covers Armenia. Everybody knows that the Diaspora is larger than the population of Armenia. And when Armenia appears in Western media its about the Armenian Diaspora. 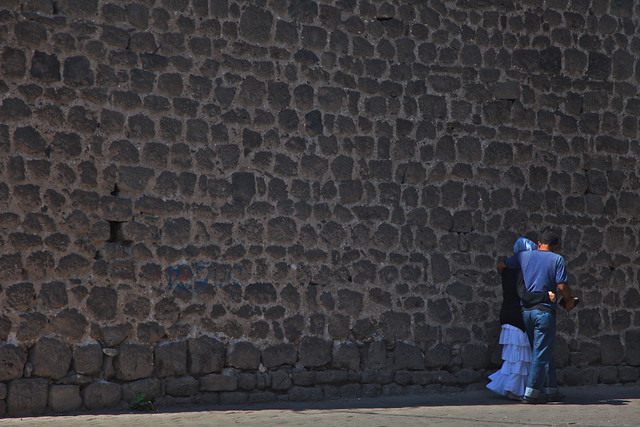 The Armenian Genocide doesn’t get coverage all the time, but it’s a major topic for the Diaspora. That’s the topic that people know about most when it comes to Armenians. And I don’t think that’s strange, because it’s such a defining aspect of the history of the community, and it’s the one big thing that seems to unite all Armenians in any part of globe.

How do you follow Armenian news? From what sources do you get information about what’s going on in Armenia?

Unfortunately, I can’t read in Armenian, so I don’t read about Armenia from Yerevan newspapers. Often I just search the news online: I search for topics that I know are happening in Armenia and reading everything that comes up. I don’t approach Armenian news media the same way I approach American media. When I’m looking for a more specific topic, I go and do a broad search for all the media that has covered it; that’s why I end up reading stuff that is diverse — from Armenpress to Asbarez and ArmeniaNow. I also try to read everything that has been published in the Turkish and Azeri press about that topic. I never take one source as truth.