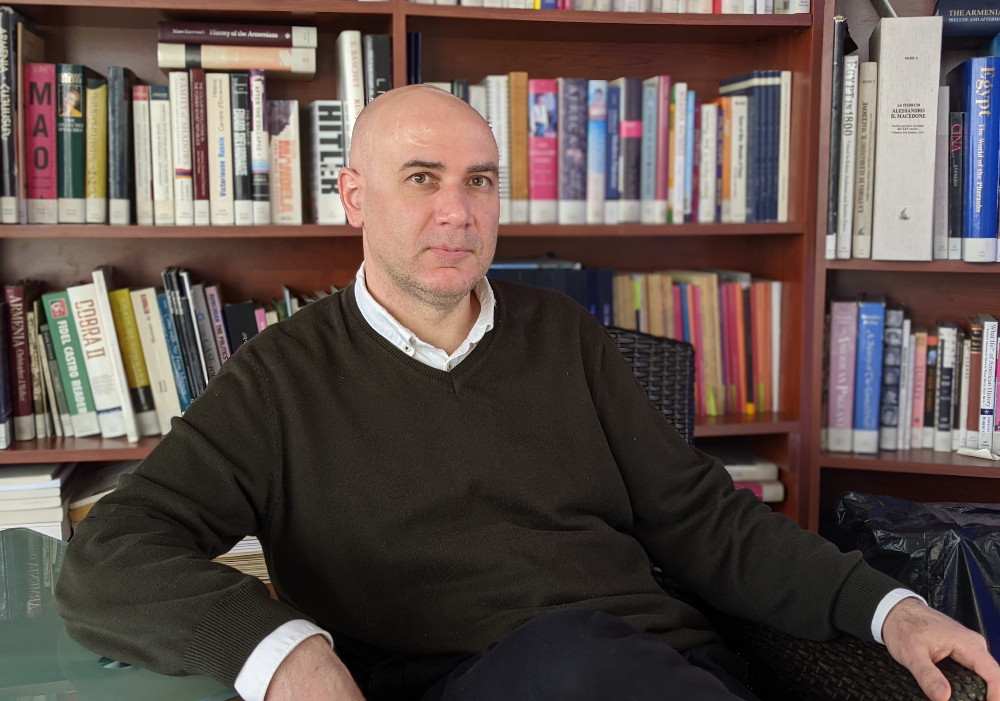 On November 9, Artsakh President’s spokesman Vahram Poghosyan wrote on his Facebook page that Shushi is no longer under Armenian control. CIVILNET published this news after checking personally with Poghosyan to make sure the news is accurate and that his page had not been hacked — something that was not uncommon with official social media accounts during the war.

Allegations of treason and a barrage of insults against CIVILNET immediately followed.

We knew that Armenians had not been in control of Shushi for several days; our media teams had been reporting near the area for the entire duration of the war. What Poghosyan announced was not a surprise.

What was surprising, however, was the prime minister’s statement that the fighting was continuing. He wrote this a few hours before announcing the infamous ceasefire agreement, and while Russian peacekeepers were on their way to Artsakh — of course, not without his consent.

The public’s reluctance to perceive the reality on the ground was not accidental. Throughout the war, the media was instructed by the state to report information only from official sources.

For 44 days, the Armenian media worked under martial law restrictions and under self-censorship, with the principle of “do not cause harm”.

“We destroyed,” “The enemy was thrown back,” “intense battles,” “heavy battles,” “strategic retreats” and many similar words and phrases became part of daily conversations on Facebook and other platforms, accompanied by #WeWillWin.

This further dulled the public’s already foggy sense of reality.

On November 2, while in Syunik’s Davit Bek village in Armenia’s southeast, CIVILNET journalist Tatul Hakobyan reported that the war was approaching the borders of Syunik.

For a sensible person, there was no sensational revelation in this news. For several days now, Armenia’s Ministry of Defense had been publishing maps, which clearly showed that most of the southern Zangelan and Qubatlu districts had already fallen under Azerbaijani control. In other words, it was Armenia’s Ministry of Defense that had been “stating” that the war was approaching the borders of Syunik. We also knew that Azerbaijani shelling had killed a civilian in that same Davit Bek village.

Nonetheless, social media’s “professional patriots” continued to attack CIVILNET and accuse our reporters of being traitors for publishing this information. This was not as surprising and painful as the comments we received from officials who would ask, “What are you doing? Why are you writing such things?”

These are just episodes of how the obvious truth was being hidden from the public under the restrictions of martial law.

In reality, from the very beginning of the war, official state information and the information we received from CVILNET journalists in Artsakh and from our military contacts were in direct contradiction to each other.

This contrast was more apparent in the diaries we published from our Artsakh correspondent Lika Zakaryan, who wrote from a bomb shelter in Stepanakert.

Despite the constrictions of martial law, despite the fear of being fined, and despite the pathos-laden outbursts of our readers, we nevertheless cautiously presented the reality, in an attempt to propel the public and, surprising though it may seem, the political leadership, to assess the situation wisely, and put an end to the war as soon as possible. As we later learned, such opportunities had presented themselves several times during the war.

It is understandable that during a war, journalists who are citizens of the warring countries work carefully to at the very least not endanger their countrymen and their state with the information they publish.

But the course of the 44-day war showed that journalists’ unrestricted work would have saved the country from much greater damage and tragedy. This is especially true in the case where the country’s top leadership has been shown to be irresponsible and incompetent.

In the end, people suffered the greatest trauma because of the immoral propaganda of their own officials.