“After The War, The Page Of Self-Deception Of About 30 Years Has Finally Closed”

Emotions intensify during the war, and classical journalism does not like it. It is difficult, even somewhat impossible, to be cold-hearted, not to give in to emotions. Covering a war without emotions, moreover, the third and hopefully last war in Artsakh was impossible. 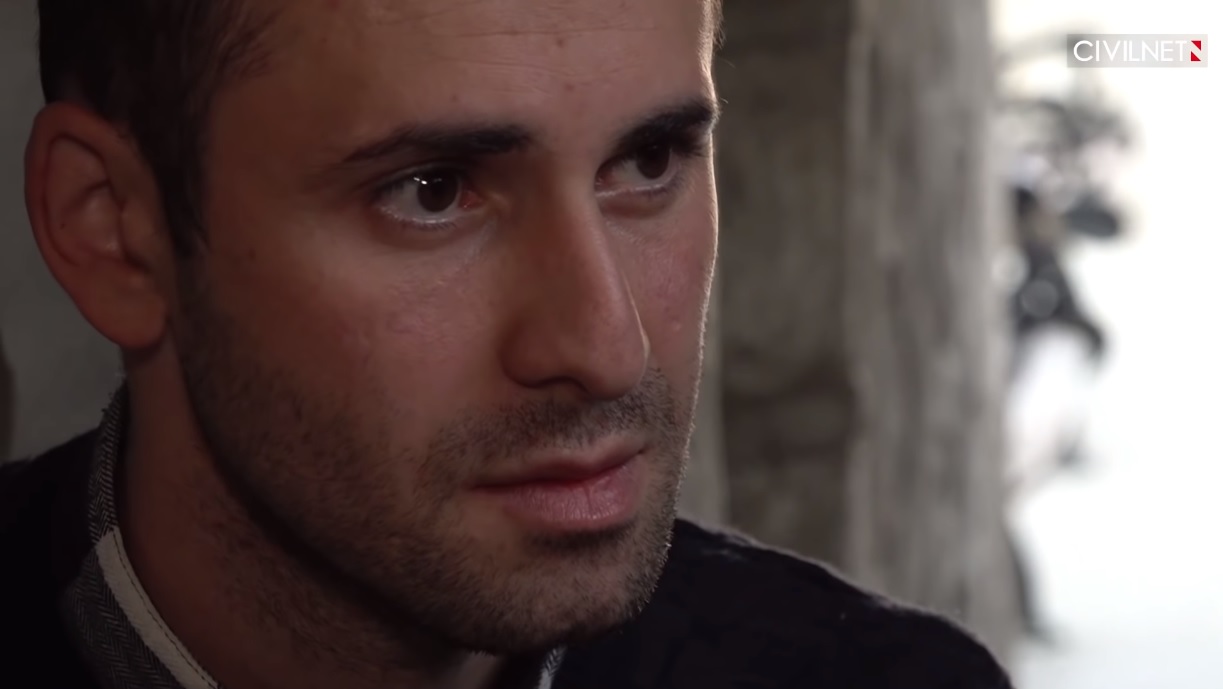 Days after the bombing of Ghazanchetsots Church in Shushi, we were in the same area when the alarm sounded, explosions were heard, we ran and entered the shelter of the nearest building. As soon as we entered that part of the basement, there was a family in front of me, a mother and two small children. They were filling carrots from one bag to another.

The youngest of the children would be one and a half years old, the other seven. That small child, with a thinner body than my three-year-old daughter, his clothes crumpled and his face flushed, helping his mother to put the vegetables in another bag. I did an interview with the mother. She said that she was with the children in the church when the bomb hit the roof and caused a collapse, they barely escaped. The eldest son was in a serious mental condition. He insulted everyone.

During the interview I looked at the little one, he tried to put the carrots in the bag with his tiny hands, sometimes he did not succeed, the vegetables fell, but he did not give up. I could hardly hold back my tears.

The Artsakh war was a mixture of emotions: fear, pride, pain, anger, hope. Everything is in one place, you feel emotions in every detail. Sometimes you want to escape from your reality, sometimes you start asking yourself, why am I alive, and them not. 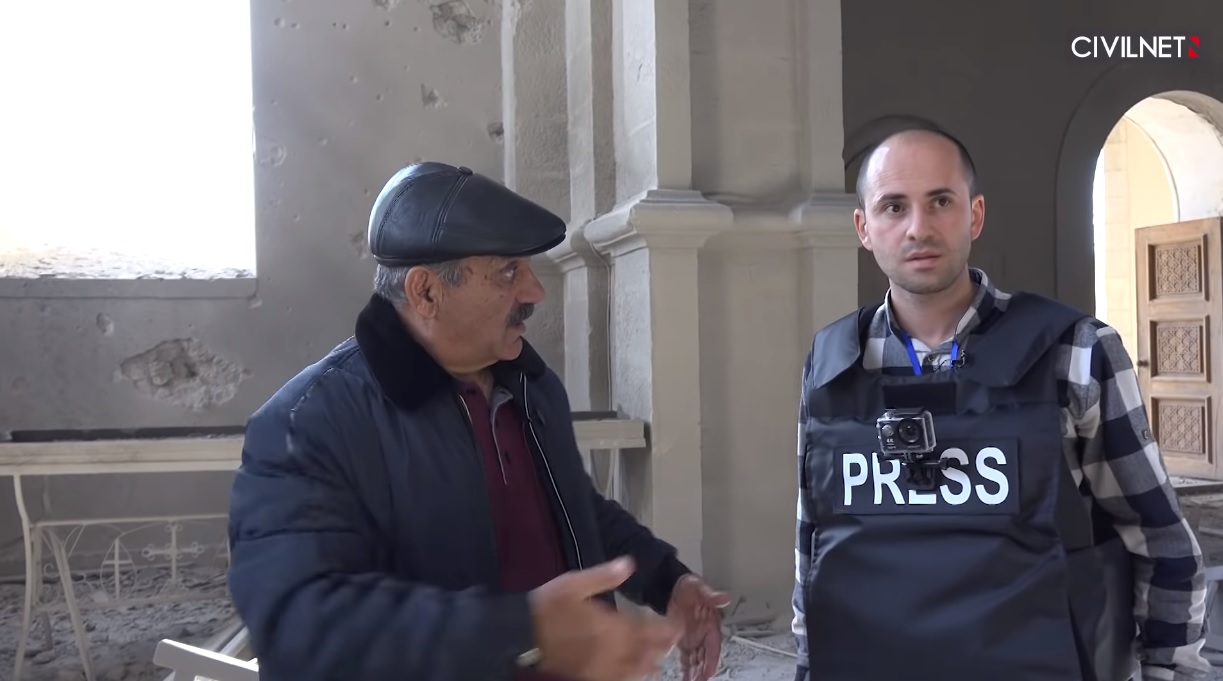 It was the middle of October, we were filming in one of the shelters, we talked to the women who sent their husbands to the front line and stayed in Artsakh, their children. We had finished filming and the bombing started, we decided to stay in the same shelter until the end of the alarm. Meanwhile, they called one of the women, she answered, stood frozen at the front window and started to cry. Then I found out that her husband had died on the battlefield. I was sitting, looking at different photos on the phone when I noticed that someone was standing next to me. When I turned around, I saw the same woman, looking at me with an indifferent, steady and lifeless look. I couldn’t think of anything to say, she also didn’t say anything. She looked and with a sharp movement, left. There was a question in the frozen gaze: why are you alive and my husband is not?

We, the journalists, like it when our reports and texts are spread. It is also an indicator of effective work. In Artsakh, however, I came to the realization that my best work had only three viewers. We had visited one of the military units, coming out of the checkpoint, three conscripts asked us to film them and send the videos to the relatives.

“Everything is fine, it is calm here,” said the first soldier, the second added, “Mom dear, grandpa dear, I love you very much, we must give what we have so that we do not lose our lands,” the third soldier joined his friends and sent his hellos to his relatives and girlfriend. In the evening I sent this video to 3 people (their information was provided by the soldiers), but the impression was that I had done more than my reports with hundreds of thousands of views so far. 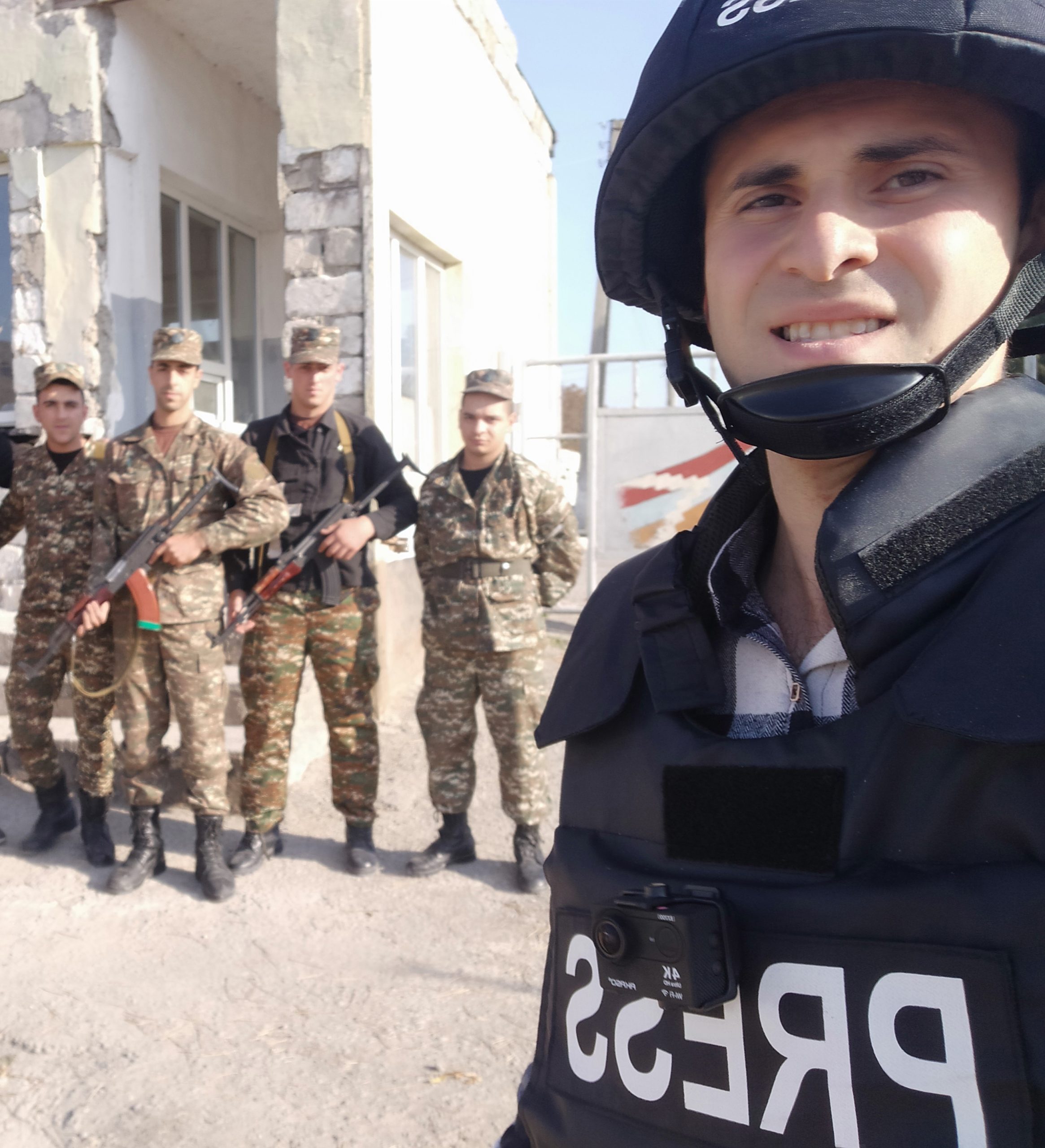 One of the feelings of war is inability.

After the cessation of hostilities, I received a call from Spartak from Tumi’s wife, Spartak had not gone to the front lines due to his age and health issues, but he was doing work from behind the front lines. We got acquainted with him on the way to Artsakh in early October, became friends and filmed in Tumi.

Spartak’s wife was talking to me excitedly, she wanted to know what to do to get out of a hopeless situation. The Azerbaijani armed forces were in their village, they did not even have the opportunity to move their belongings, to visit the graves of their relatives. “What are we going to do now?” she asked, crying. It is difficult to answer her, more difficult to fully understand her mental state.

I had prepared the “skeleton” of this text when the war was going on in Artsakh. Now, after the hostilities, reviewing the text and making additions, I understand that I was too emotional, if I started writing from scratch today, it would be difficult for me to understand everything so detailed and put it on paper. However, I did not make any changes in the text, otherwise, I would have deceived the reader.

War is like that, it brings a person to an emotional focus, reveals fears and inner anxieties, forces him to value the present and evaluate the future. War is the real mirror of human life.

When covering the war for the first time and in so much depth, I realized that no matter how emotionally, multi-layered it is, it’s an interesting journalistic event, but I do not want to cover a second one, instead, there is a great desire to prepare reports and materials aimed at preventing the war.

And what should be done after a war to prevent new ones? This war taught me a powerful lesson: we need to be honest with the reader, even on issues that the public is very sensitive to and ruthless with the journalists who bring them up.

My grandfather has been collecting various books since the Soviet years, now I continue his work. We have a big library. As a teenager, I discovered a collection of postcards in that library, published in 1976 by the Soviet “Tourism” bureau, entitled “Shusha,” later referred to as “Shusha, the largest tourist center in Azerbaijan.”

This is a small detail of the reality that many of us have hidden from the public, simply because people do not want to know about it or are aggressive towards such materials and their authors.

In my opinion, we, the journalists, or the majority of us, have not been completely honest with the reader, the viewer or the radio listener. We have prepared people for war, we have avoided calling things by their names, but the people, the country and the army were not ready to face such a catastrophe. So we lost.

I have been to Aghdam several times, seen, understood and perceived that most of the houses are Azerbaijani, abandoned, and the area has not been resettled in deliberately, Shushi, at one time, was really mostly inhabited by Azerbaijanis. Talking about these topics before the war was “something like a crime.” At least you would be insulted on social networks, and in the worst case, threats might turn into action. It is still a question as to how they will perceive this text now.

The problem is that by constantly deceiving our society, we will not achieve a positive result in this fragile region.

Sincerity was more than important in the context of the realities that took place right after the war, the page of about 30 years of self-deception has finally been closed.