For Journalists Working in Conflict Zones, Most Important is Credibility of Information 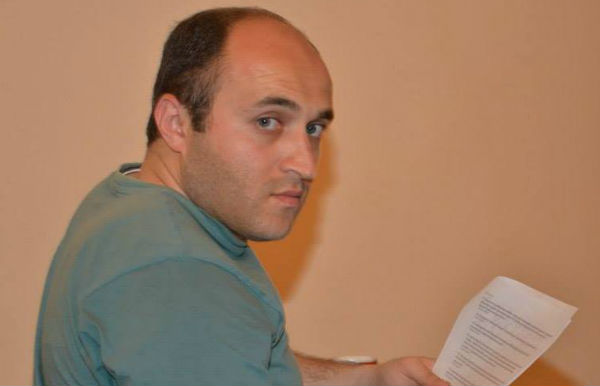 On June 5, news spread that there was an incident on the Line of Contact between Armenian and Azerbaijani troops in the village of Yeraskh in Ararat marz (province), with two victims on the Armenian side. With the first wave of information came a wave of alarm that the village is emptying, people are being evacuated, Azerbaijanis are moving forward, and people are fleeing…

We immediately decided not to make calls to try to verify the information, but to get up and go, see with our own eyes, and find out on the ground what’s happening, especially when the scene is only an hour away. When an incident is happening 65 km from the capital, and there’s an opportunity to get information first-hand, there’s no point in sitting in the newsroom, in front of the computer, or placing your hope on phone calls.

We got to Yeraskh and realized that the word “evacuation” was, in fact, nonsense; the word “panic,“ to put it mildly, exaggerated. Photo credit: Gevorg Avchyan” style=”float: right;” class=”caption”>

A torrent of information immediately poured onto us on the ground. From that downpour, naturally, thanks to additional efforts and verifying the information in several ways, only 3–4 stories remained,  which we presented. If we had been sitting in the newsroom, we wouldn’t have had the opportunity to check, to filter the true from the fabricated, the result of imagination from reality. Due to working on the ground, we published four articles that presented the complete picture of the incident to our readers.

Journalism in a conflict zone has a peculiarity: in such cases, information has several waves. During the first wave, information is sweeping, from everywhere and of every type — verified, not verified and peppered with people’s imagination. After the first wave, for a long time there is silence on the details. Following the silence is another wave: official information, details, commentary, and opinions.

The other peculiarity in working in a conflict zone is that when you get to a scene where there are also civilians, they begin to tell legends about the incident.

Photo credit: Gevorg Avchyan” style=”float: left;” class=”caption”>Adding the imagination of each narrator of information passed from mouth to mouth, an exaggerated story reaches us — “dirty” information, which often is published in the media as is, without distinguishing imagination from real facts.

However, no matter how great the temptation to be the first to convey the news, especially in such cases, of paramount importance is credibility and only then speed. The credibility of information is very important in this case: we must always remember that we’re dealing with human lives.

When we report unverified information about an incident, we must understand that we not only harm the people living in that area and lower the army’s reputation, but also cause panic in the entire country.

We also have to refrain from emotions as much as possible: enemy, opponent, foreigner, friend, and right or wrong shouldn’t exist for a journalist when reporting — there is a news story and an event. And a journalist must always remember he is only an intermediary, not a party (to the conflict).