Stereotypical Thinking in the Media Leads to Intolerance 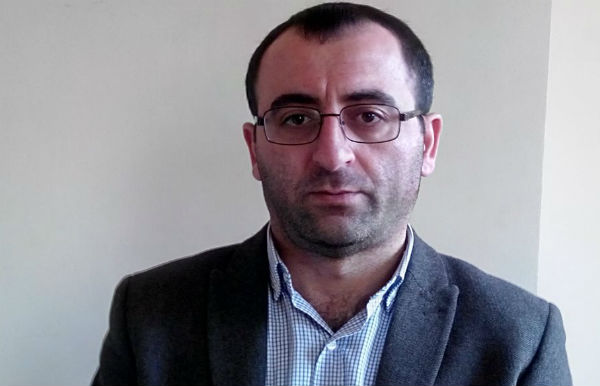 Coverage of the Nagorno-Karabakh conflict in different media outlets is expressed differently. There are media outlets that operate within the boundaries of professionalism, attempting to objectively present that which is happening at a given moment, whether that be a ceasefire violation, the death of a soldier, or something else.

And then there are media outlets that have a clear agenda, for example, keeping the image of the enemy alive among the public, depriving him of all human characteristics in their coverage.

The problem that I often see in conflict coverage is not keeping the journalist’s nationality separate from his professional activity. Often many journalists work first not as a journalist, but as an Armenian — with all the consequences that come from this, which interferes with objective coverage of the conflict or a specific incident.

Another issue I often come across is the use of cliches and stereotypical thinking. In the [Armenian] press, Azerbaijanis are often represented as a nation, a people who don’t have a culture or even if they do, it’s of very poor quality — which of course is not true.

It’s this stereotypical thinking that, in turn, leads to intolerance: “they were a tribe and only recently became a nation” and “they’re not people and generally have no business being here” (perhaps these examples are a bit extreme, but I also come across such statements in the press).

More often one can find general news articles which, by all accounts, should contain only facts, since that is the nature of the genre; however, for some reason, the journalist or the editor considers it his “sacred duty” to misrepresent the genre by commenting and critiquing. This perhaps arises from the media outlet’s policies or the journalist is again struck by nationalism — and professionalism becomes of secondary importance.

The Nagorno-Karabakh War happened recently, the traces and wounds of the war are still fresh, and those journalists who lost a parent or relative in the war often are confronted with a dilemma: to work as a journalist or as the son or daughter, close or distant relative of someone who was killed?

From a human perspective, I of course understand these individuals, but if you’ve chosen to become a journalist, you have to be able to stand above it all and work as a professional.

The great significance of the media in shaping public opinion goes without saying. Imagine a situation whereby some time later, agreement is reached on the Nagorno-Karabakh conflict between the two countries — the issue is de jure resolved, but the public is not ready to co-exist. The agreement that was reached then becomes meaningless. Apart from objectively representing what happened, the media must also work toward preparing the public for peace.

If media outlets have no intention of preparing the public for peace, it would be good if at least they don’t interfere and make the situation more complicated with their propaganda.

Though the prospect of improving media coverage is not something we can count on anytime soon, there are rare media outlets operating in the field that can and do change public opinion, even with a small impact.