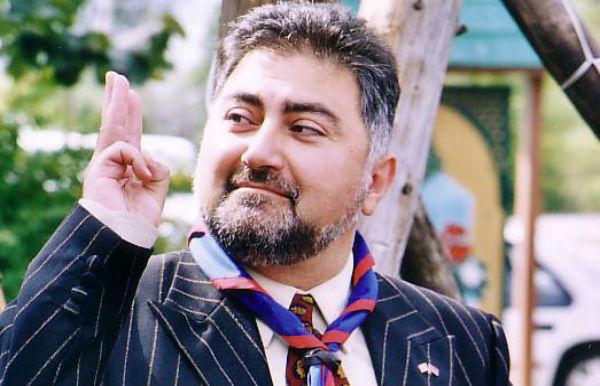 Ara Papyan is a lawyer, historian, and diplomat, as well as the president of Modus Vivendi Center for Social Sciences. Prior to his position as the Ambassador of Republic of Armenia to Canada in 2000–2006, he occupied various positions in Armenia’s Ministry of Foreign Affairs, including that of MFA press spokesperson.

Papyan finds that news outlets in both Armenia and Azerbaijan don’t have a large role in the Armenia-Azerbaijan conflict, since they defend the interests of the ruling authorities.

In your opinion, how does Armenia’s media cover the Armenian-Azerbaijani conflict?

I think, coverage mainly depends on to whom a given media outlet belongs or which side it supports. If a news outlet is pro-government, under the control of or has close ties with the ruling authorities, it mainly praises that which the government does.

Armenian news outlets, as a rule, don’t tend to exacerbate the conflict. In general, they constantly stand for “the matter has to be resolved through peaceful means,” “there’s no alternative to peaceful means,” and other such formulations.

The difference in positions is that the pro-government media finds that it’s possible to obtain peace based on the Madrid Principles that are the basis of the negotiations, while the opposition media doesn’t think so.

What role does the media have in ethnic conflicts in general, and what role does Armenia’s media play in particular?

I think, the role of the media is somewhat exaggerated. I remember quite well that during the Soviet years, the media was constantly praising peace and brotherhood among Armenia, Azerbaijan, and Georgia.

That was the policy of the Soviet Union, but there was conflict beneath it; that is, regardless of what the media was preaching, the situation wasn’t actually changing: that brotherhood existed neither in Georgia nor Azerbaijan, nor especially in Karabakh.

Of course, it’s desirable that especially Azerbaijani media make less bellicose statements. Unlike those news outlets of ours that have a critical position, which, for example, write, “We don’t agree with the Madrid Principles because they’ll lead to a weakening of the security system,” Azerbaijani media compares Armenians to rats and scum which have to be eliminated.

This is unacceptable because, after all, the conflict has to be resolved, but it can’t be resolved as long as it hasn’t been resolved in people’s minds.

And now, let the press write whatever it wants, it’s all the same, the people are already tired; they have reduced in number, become poorer and afraid — that’s why in Armenia the press is free.

In Armenia, print media is relatively free — the problem is that no one cares. Of course, they can prohibit the press to write something or another, but the situation has changed. In the 90s, there was threat: the people were psychologically inclined differently — two serious, incriminating articles and the people would be up on their feet.

Can the media promote resolution of the conflict?

No, because the media repeats what the ruling authorities say. The media won’t resolve the conflict. I wouldn’t overvalue the role of the media so much. We are confusing one very important fact, and I think, that’s the confusion of the West.

Of course, the media in itself is valuable, but, after all, the ruling authorities will resolve the conflict. Our [Armenian] media is not influential: economic independence is at the core of influential media. The media has to be have an independent financial source in order to be independent.

There can never be completely independent media in either Armenia, Azerbaijan, or Georgia.