Missing: The Human Face of War in Media Coverage of the Karabakh Conflict 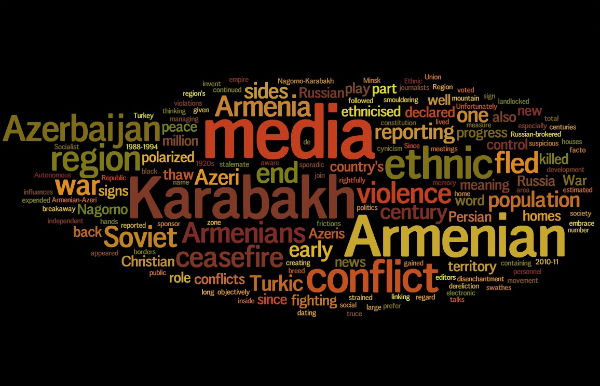 News of the Armenian soldiers held captive by Azerbaijan over the last two months became a litmus test for Armenia’s media sector, making its vulnerability against attacks from Azerbaijani propaganda all too clear.

While obvious propaganda both has a quick impact and quickly loses that impact, the other problems of media coverage have irreversible implications over the years.

When in August local news outlets disseminated news of Armenian soldier Hakob Injighulyan being taken captive, it seemed it would become a good opportunity to address the subject and to raise former POWs’ issues, but the media again settled with disseminating official statements and experts’ forecasts, while people, former prisoners of war, their experiences and challenges, were neglected once again. The greatest “target” of war — people — did not become a “target” for coverage.

Generally in Armenian media, the Karabakh conflict gradually loses its human face: the conflict’s main “players” and “protagonists” are not those living near the border, soldiers, and refugees, but rather, the Minsk Group co-chairs and other officials — with their protocol visits and official statements.

Humans, who are the greatest victim of conflict, gradually become digital data, a statistic; human destinies are pushed out of the negotiating table. This is a dangerous means of muddling the public memory, and while certain nationalistic groups consider it their duty to boycott not only Azerbaijani film festivals in Armenia, but also any opportunity for public contact, considering such acts threats to Armenia, a greater and more real threat is ignored.

Veteran journalist, teacher, and author Ross Howard in a handbook on Conflict Sensitive Journalism notes that “professional journalists do not set out to reduce conflict […] But it is often through good reporting that conflict is reduced,” and it is this ability of journalists that led to the term “peace journalism” being adopted since the 90s. That is to say, journalism’s impact is quite great — with both positive and negative implications.

The lack of human stories could be considered one of the adverse effects of Armenian news media’s coverage of the Karabakh conflict. Many international experts have published books and reports on conflict reporting and the impact and importance of news outlets, in which, usually, human stories stand out among the ten most important steps.

If, for example, more articles like this one [AM] on POWs were written, about Artur Badalyan, who miraculously survived 22 nightmarish and torturous months in captivity, and not on officials, with their criticisms and statements, then most likely, the recollections of former POWs wouldn’t allow many to so easily swallow Azerbaijan’s bait and call Armenian POW Injighulyan a traitor in his homeland.

Also neglected are refugees and those displaced by the war. A search on Armenian online news outlets showed that in the last 3 years, only occasional articles about refugees of the Karabakh War were written — and not in-depth or analytical pieces, but simply news about some judicial processes.

That is to say that more than half a million people have been forgotten — in a war that is not yet finished and is threatened to resume. This is particularly dangerous in light of the fact that Azerbaijan has turned refugees into a propaganda tool, day by day increasing the declared number of refugees from half a million to about one million.

Human stories are even able to influence the resolution of conflict, believed the late Avril Jane McDonald. A book written in her memory titled Armed Conflict and International Law: In Search of the Human Face highlights the importance of the human face of conflict, emphasizing that the impact of this type of reporting increases the likelihood also of “human” solutions to the conflict.

The human focus in news coverage is also important in frozen conflicts, as much as possible reducing the threat of the resumption of hostilities. The formula is very simple: those outside the conflict zone quickly forget the disasters inherent in war, and it is with the human stories offered by news outlets that this memory is rekindled, influencing the public consciousness, which in turn creates the possibility of putting pressure on decision-makers.

In this regard, the Internet can allow us to find also an Azerbaijani audience, and in order to have an impact it’s necessary not to cite officials but the people living near the border, whose former neighbors are on the other side of the barricades and have suffered as much hardship as those living on the other side and similarly do not want war.

Such an important and influential initiative was conflict researcher and writer Laurel Halliday’s Children of Israel, Children of Palestine: Our Own True Stories (1999), which brings together stories by Palestinians and Israeli Jews on growing up in one of the world’s longest and most dangerous conflicts.  Israeli journalists state that this autobiographical accounts was a “cold shower” for officials, becoming an important factor for the resumption of the negotiating process.

While various news outlets have prepared several such special reports on the Iraq war, no news outlet has turned its attention to the Karabakh war to such an extent. Moreover, only a few well-known Armenian news sites have allocated a separate section with analytical and in-depth pieces on Nagorno-Karabakh in that case when nearly all of them have Facebook news and “Lifestyle” sections.

Such indifference to news coverage is dangerous in frozen conflicts, since in long, protracted conflicts, when the wounds heal, human stories become rare, and economic, territorial gains and factors get pushed to the forefront, distributing lands becomes a technical task settled by force, since no one no longer raises the public’s and decision-makers’ consciousness with stories of people who’ve been crippled and incurred irreversible losses as a result of war.

This article was published in the framework of the project Promoting Conflict Sensitive Reporting in The South Caucasus.

Also published within the framework of the same program is this piece by our Georgian colleagues on Media.ge (“Peace Journalism in Goga Aptsiauri’s Eyes“) and by our Azerbaijani colleagues on Mediaforum.az (“In Conflict Situations, Journalists are More Instigators than Professionals“) [RU].