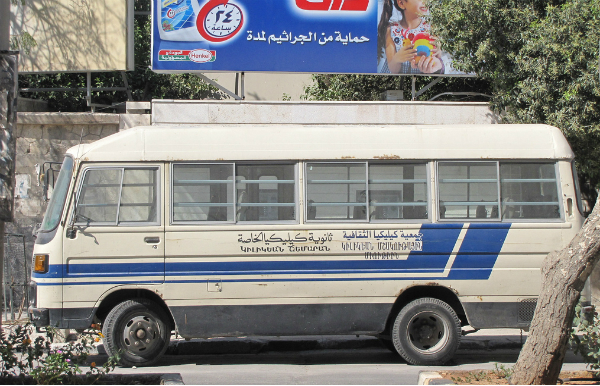 When last Wednesday I returned to Armenia, the first question that my compatriots asked me was not the usual “What’s going to be end of us?” but “Is the US going to attack Syria?”

It should be said, lightly following the news by Italian news agencies for about three weeks, I felt that they too are concerned with this issue: Not only the state broadcaster RAI, but any music radio station that broadcasts three-minute news on the hour, during the most heated days of the Syrian crisis, began its news with Syria.

As is known, Italy has said it won’t participate in the US action, while the Vatican is openly against it. That, presumably, was the extent to which the topic was interesting to Italy’s citizens, who consume news media content.

But is this topic interesting to Armenia news consumers? Theoretically, it should, for three reasons:

1. There are perhaps thousands of Armenians left in Syria
2. Turkey is involved in the conflict if not directly, then indirectly
3. The American attacks could result in a full-scale war in our neighboring region

But Armenia’s news media (naturally including Aravot) covers the topic as if these dramatic events are taking place in, say, Haiti or East Timor.

This approach does not explain the greater importance to the topic of the Customs Union because news about Armenia wanting to join this Union became known on Sept. 3, while claims of chemical weapons being used in Syria were heard for the first time on Aug. 21.

Consequently, in this barren summer period devoid of news [in Armenia], regardless, Syria didn’t attract the attention of Armenian news outlets. The most active in this matter was perhaps 1in.am, which generally allocates a lot of space to international news.

But, in general, in such cases, two shortcomings in Armenian news media emerge.

The first is that we report important international news one day later. For example, that the US Senate foreign relations committee authorized the Syria strike became known on Sept. 4 at about 6 pm local time in Yerevan, but a majority of Armenian news outlets reported this news only the following day.

The second shortcoming is even more serious. As a rule, there are no journalists working in Armenian newsrooms (albeit with some reservations) who can be considered experts on international matters.

Discussing these issues, of course, is more difficult than digging deeper into the question of whether a Yerevan police officer accidentally or intentionally kissed a protestor.

A person who deals with international news should find the news angle interesting to us and talk with the appropriate experts. Otherwise, we will continue to be limited to news with “belated translations” — for which we will have a permanent justification: people just aren’t interested.