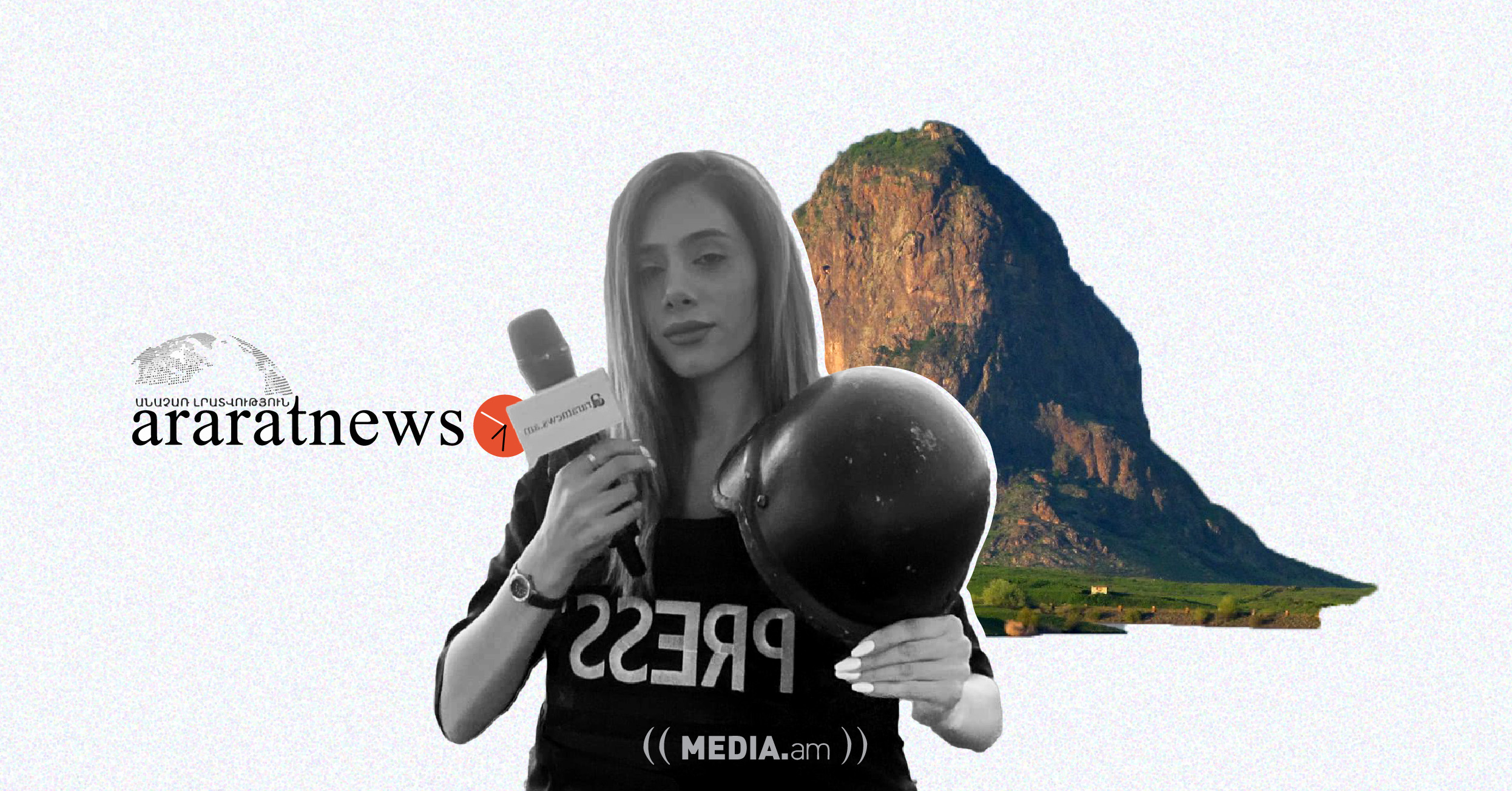 The topics, work regimes, and locations of the news media changed once again since Azerbaijan attacked Armenian settlements on September 13. Along with all this, fast-written news, errors, and half-truths increased in the media, and various political forces became active and propagated their own views through their public channels. However, what AraratNews journalist Nane Israelyan allowed herself was not a slip-up, to say the least.

On September 13 at 11:18 PM, the correspondent Israelyan posted on her Facebook page, stating that she had arrived at the scene of the incident, Goris, but nothing is happening there, there is silence, and there are no attacks. 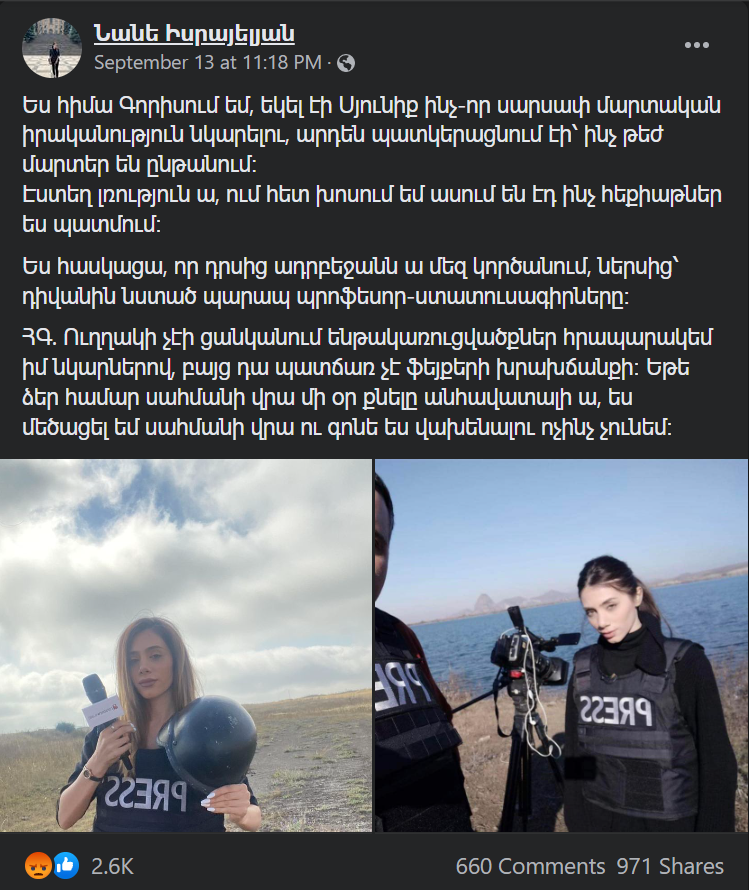 In her post, the journalist did not hold back on her desire to appear professional, to become famous, and spew her hatred, targeting “idle professors-status writers sitting on the sofa.”

Goris was one of several Armenian settlements, which, according to the Ministry of Defense of the Republic of Armenia, were shelled by units of the Azerbaijani armed forces, targeting not only Armenian positions, but also civilian infrastructure.

Nane Israelyan’s post was widely circulated, criticized, and hateful calls were made against her. Soon, the social network community noticed that one of the two photos attached to the post was not taken in Goris, but against the background of the Berkaber (Johazi) reservoir in the Tavush region, where the Gavazan (Gvarzin) mountain is visible. Yerkir.am also wrote about this.

Judging by the photos published by the journalist, it is difficult to say whether any of them were taken in Goris or not. Judging from the images, they are photos from two different days. Israelyan replied to one of the comments on this topic that she left a postscript about it in the text. “P.S. I just didn’t want to publish infrastructure with my pictures, but that’s not a reason for fakers to celebrate.”

The explanation given by the journalist about the selection of photos is not clear and specific.

The next day, on September 14, Nane Israelyan’s post spread even more. This was followed by the second status of the AraratNews reporter on this topic:

“I repeat, I have been in Goris, Sisian, I have talked with the residents, the situation is calm in the cities, there is no one who will somehow prove the opposite. You will see what is happening in the surrounding areas of these cities on Ararat News in the evening.”

The repetition of expressing her public opinion at the wrong moment, in the wrong place, and at the wrong time did not soften the journalist’s previous post. Moreover, her post was shared by the famous Azerbaijani Haqqin.az on its Telegram channel. At first, the reference was only about Israelyan, where the channel mentioned that the Armenian journalist denied Yerevan’s official statement that Syunik was shelled.

The edited and complete version of the Haqqin.az Telegram channel post

Haqqin.az supplemented its post with the answer of another Armenian journalist, which was placed under Israelyan’s status: According to Anushik Arakelyan, the host of the “Kentron” TV channel, the number of victims on the Armenian side has reached 250.

The numbers presented by Arakelyan do not coincide with the official data published at the moment. RA Prime Minister Nikol Pashinyan spoke about 105 victims of the Armenian side during a question-and-answer session with members of the government in the National Assembly. Even if the numbers published by the presenter on Facebook are correct (we hope not), then such information should not be made public at that moment. In fact, the comment was used by an Azerbaijani news site to advance an Azerbaijani propaganda agenda.

On September 15, Nane Israelyan made a statement according to which the journalist admitted that her post was misunderstood, it was not intentional on her part, but simply carelessness.

No matter how much we talk about the mistakes and ethical violations within the journalistic community, it is the same, new news outlets will appear, which, serving their own political interests, will deal another blow to the already low-trusted media field. The question arises as to what political interests are involved when the republic and civilians are at risk.