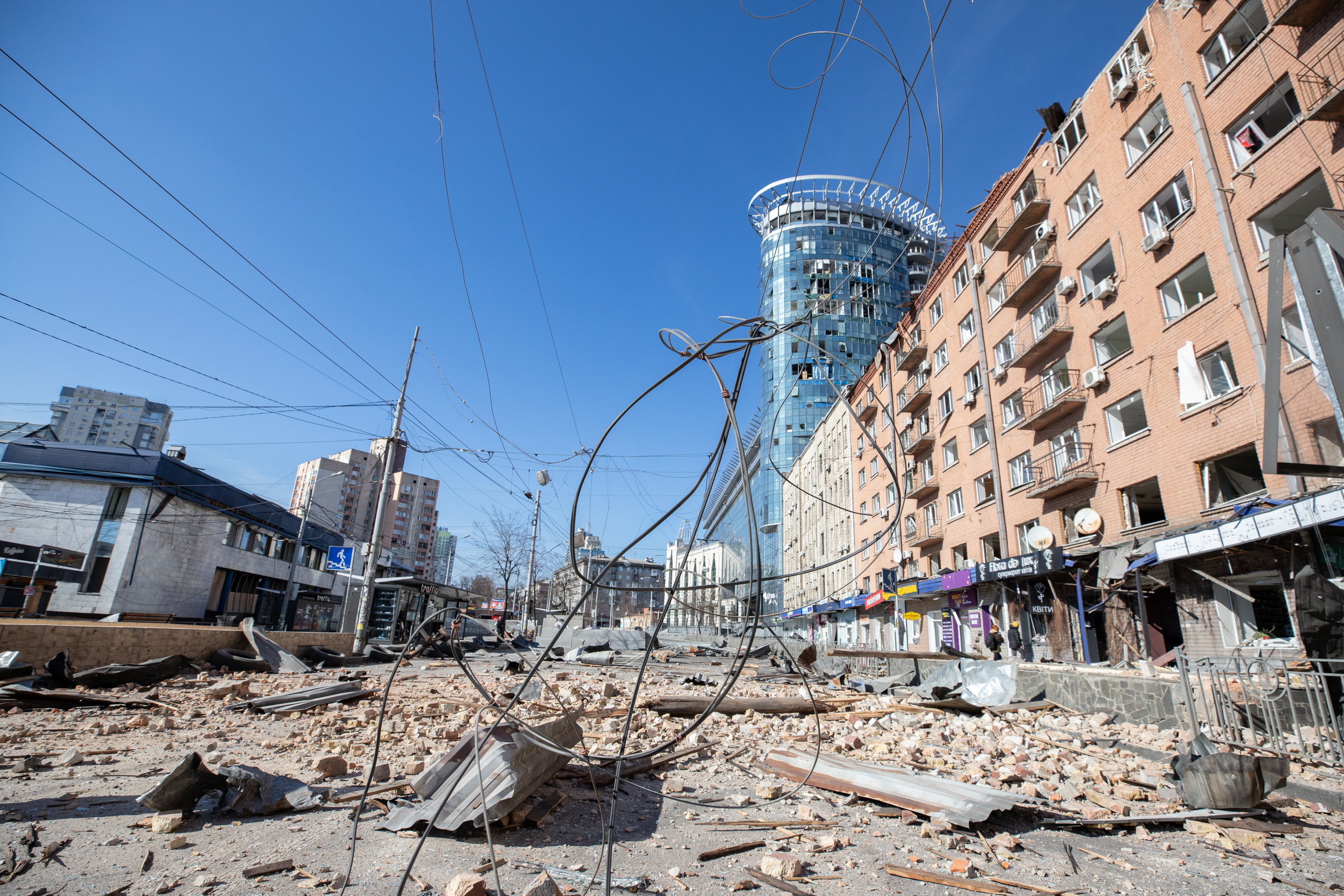 For more than a month now, the whole world has been watching Ukraine, reading the news about the invasion of Russian troops, and seeing the images of the destruction and victims of Ukrainian cities. They also read and see how different states, international organizations, celebrities, and businesses react to the war. And the war continues.

Every piece of news is related to the context of the war, even if it is not about the war.

Whether it is a premiere or a competition, that piece of news gets special status, all the same, becoming a part of the war. Athletes and stars, scientists, and even states are no longer supposed to be neutral, they are required to take a side.

And their partiality is the first piece of news to be quoted by the media. That is what’s interesting and in demand in the information environment. Not the competition, the work, or the scientific discovery.

It is not possible to be neutral, because that is equal to having an immoral attitude. Right now people are dying, and houses and cities are being razed to the ground, how can one be neutral?

As a result, an information coil with thousands of nodes is created, which expands and inflates, involving even people who are completely unaware or deliberately avoid information. There has never been such a global information atmosphere.

The Russian-Ukrainian war completely changed life. And not only for the people involved in the war but for everyone. Everyone is an actor, passive or active, but they are participants in this war.

It seems that there is a special live broadcast called “War” taking place on a huge screen, which is being watched by everyone, however, each viewer perceives it differently, depending on their preferences, cultural and historical codes, and the intensity of propaganda in their homeland.

And it does not matter what kind of propaganda it is, the conviction of getting up at any cost (even death), as in Russia, or the creation of a chain of sanctions for democratic values, as the West does in unison.

The Russian-Ukrainian war opened such abysses and put forward such propaganda tricks, which were long ago in the past and were considered unacceptable for their simplicity.

Russia is openly under strict censorship and considers the war in Ukraine almost a feat that we should be proud of. In addition, they arrest those who are not in favor of war. In other words, it demands that its citizens say “Yes to the war.”

In other words, military rhetoric is getting stronger and is starting to rule everywhere.

In Ukraine, for example, there are people who welcome any step that will weaken the Russian army, therefore they are also satisfied that Azerbaijan is occupying positions in Artsakh. It turns out that the country that was attacked greets another attacker. And does not want the war to end, but to spread.

The special operation called “War” is constantly supplemented with new calls for escalation, becoming for the everyday world. A live broadcast, which is not turned off for a minute and the end of which is not visible.

If it’s bad for us, let it be bad for everyone. Perhaps such messages are increasing. And it becomes a norm to say that war can be a fair thing, a normal thing.

War is an everyday occurrence. Just imagine what that means.

This means that talking about peace (albeit in a low voice) is no longer acceptable. Peace becomes the occupation of the weak. The strong attack. Or they are waiting for their turn to attack.

Usually, we see what we want to see. We accept the truth that seems closer to our hearts and that can describe us as a nation, community, or citizen. And we accept the side with which we are ready to identify ourselves.

And if now the choice is between the victim and the executioner, then it is not a choice. It is just trying to answer the ontological questions in the conditions of emergency mode so that at least the feeling of shame does not become the only feeling.

You simply cannot be neutral, if only because the answer to any difficult question (disaster and tragedy, violence and threat) is one, you need a humane solution.

You have to try to stay human. Have compassion, survive, help, and talk about what you saw. That the world (even the indifferent citizens of the safest and most self-sufficient countries) see, sympathize with, survive and help.

The response of the audience has probably never been so important. Being in a state of information, we all talk only about the war. We choose which of those taking part in the war is more acceptable. Or which war front will open next.

Or do we believe that we can fight for peace?