Video-Action With Z, Consumed By The Russian Audience 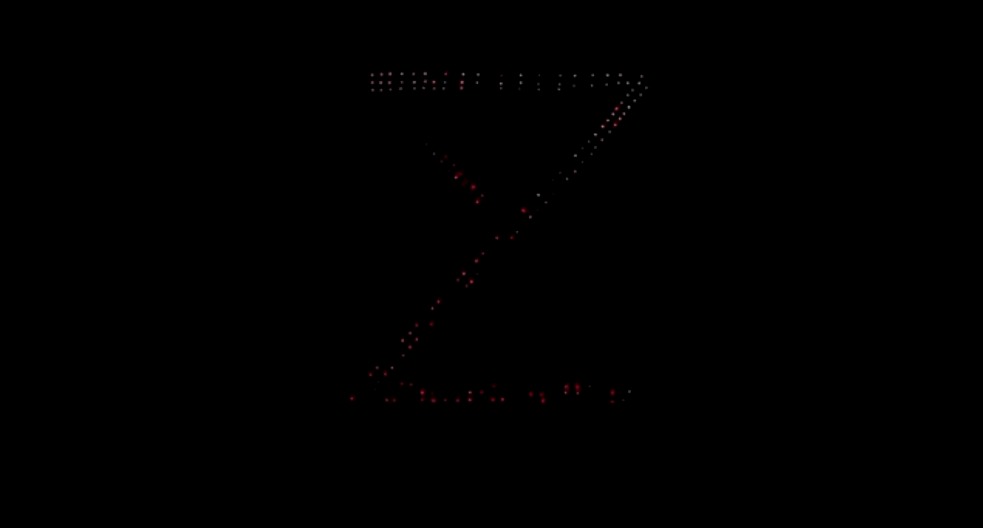 A video of unknown origin has been circulating in the Russian media since March 8, which has been called “In Support of the Russian Military” or “Congratulations to the Russian Army” in various sources.

In that half-minute video, it is evening, the statue of Mother Armenia can be seen, and at the foot, presumably with red lights (or candles or drones), the letter Z is written, which has recently been actively used as an allegory justifying the Russian army in Ukraine. Or a flash mob with which they support the “special operation.”

At the end, the letter V can also be noticed, but in this case, the fresh one and what is identified with this war operation is Z.

Z is also a threat, a rebuke to dissidents, and a victory sign for their own.

The creators and sponsors of this action-video are unknown, it is anonymous. Neither the participants nor the video makers want to appear and present themselves with an open face.

The video (or its edited version) seems to have been made for one purpose: to find a place in the Russian media or in the social media section praising Russia.

Now, when Russia is subject to severe sanctions and significant emigration is observed, such incomprehensible symbolic gestures have a high price in the media field. Few people support Russia’s special invasion of Ukraine. And it seems that all methods are permissible.

By the way, although the video is edited with very low-quality and rough editing transitions are visible,  we have not been able to deny or prove its authenticity yet.

It can be accepted that this is not a fake, but a fact. For example, a few days ago it happened with the “Russian Army” poster, which hung from the Kievyan bridge in Yerevan for a few minutes and quickly disappeared, leaving only a trace of media in the form of a short video. Although the footprint was small, the wave was big.

This information wave made many people react emotionally and make distorted comments on social networks.

The state has nothing to do with that action

No state body of the Republic of Armenia was aware of the flag action. The same can be said about the video that appeared on March 8.

The Municipality of Yerevan denied that such an action was planned, reminding that the mass gatherings and actions (except for those of up to 100 participants) must be declared to the Municipality at least three days before the action. Which was not done in this case.

“The Yerevan Municipality has nothing to do with the action called ‘In Support of the Russian Military’ as being spread by the Russian media,” wrote Taron Gevorgyan, the head of the information department of the municipality.

Media.am was also told by the municipality that none of the guards at the park had encountered such an action. The probability that there was a light “show” in that area is very low.

And a question arises: to whom is the video with Mother Armenia and Z addressed and what is its purpose?

In any case, with this video, Armenia is involved in a dangerous political game, which is not in Armenia’s interests at all.

This Russian website was one of the first media platforms to distribute the video, which was titled “Congratulations from Yerevan.” Moreover, in a double sense, because it was not clear what Yerevan was congratulating: Women’s Day or the actions of the Russian army?

Another Russian website (Russian Federal News Agency) caught the chain and reported that Yerevan was congratulating two things at once: “representatives of the fair sex” and at the same time the Russian army. The site called the protesters “volunteers” who did a trick and divided the number 8 into the letters Z and V. The news about that trick ended with the words of the Russian president.

As can be expected with the law of information flows, the issue of women soon passed into the background and only support for Russian military operations remained. It was already said on this website that the Yerevan action supports Russia, which is carrying out a special operation in Ukraine.

The further distribution of the video was continued by antimaydan.info, rusarminfo.ru and others. In some cases, the websites mentioned Армения – любовь моя / Armenia my love / Հայաստան – իմ սեր Facebook page as the source.

Perhaps the appearance of this video would have gone unnoticed if the prominent Russian propagandist and head of a large state media holding Margarita Simonyan had not entered the game, who shared the video on all her social network accounts and many media outlets started sharing it, referring other secondary or mushroom sites to Simonyan herself.

The same video was shared by another Russian and a big fan of Putin, film director Sarik Andreasyan. His Instagram account is not available now, but the screenshots have been saved.

Of course, the main audience of this video is the Russians. And whoever initiated it, first of all, tried to be creative and present something like a report to make those who want to make the Russian state line a little more sympathetic.

And for that purpose, they tried to create the impression in Russia that in Armenia they are in favor of the war and any step of Russia. Moreover, not only an anonymous group of people or maybe one or two people are in favor, but also the state.

Such political traps are well built, especially by the Armenian Kremlin propagandists, whose role we saw well during the 44-day Artsakh war.

And the fact how many unpleasant and horrible combinations the letter Z evokes (almost the modern swastika) appearing on the doors of the apartments of dissident Russians is not even worth mentioning.

In the late 1930s, a similar sign was stamped on the doors of the Jews by the Nazis so that it would be easy to find them later.

And as a rule, all this was done in the dark, so that those who put a sign (cross or star) continue to be secret, anonymous, and elusive.