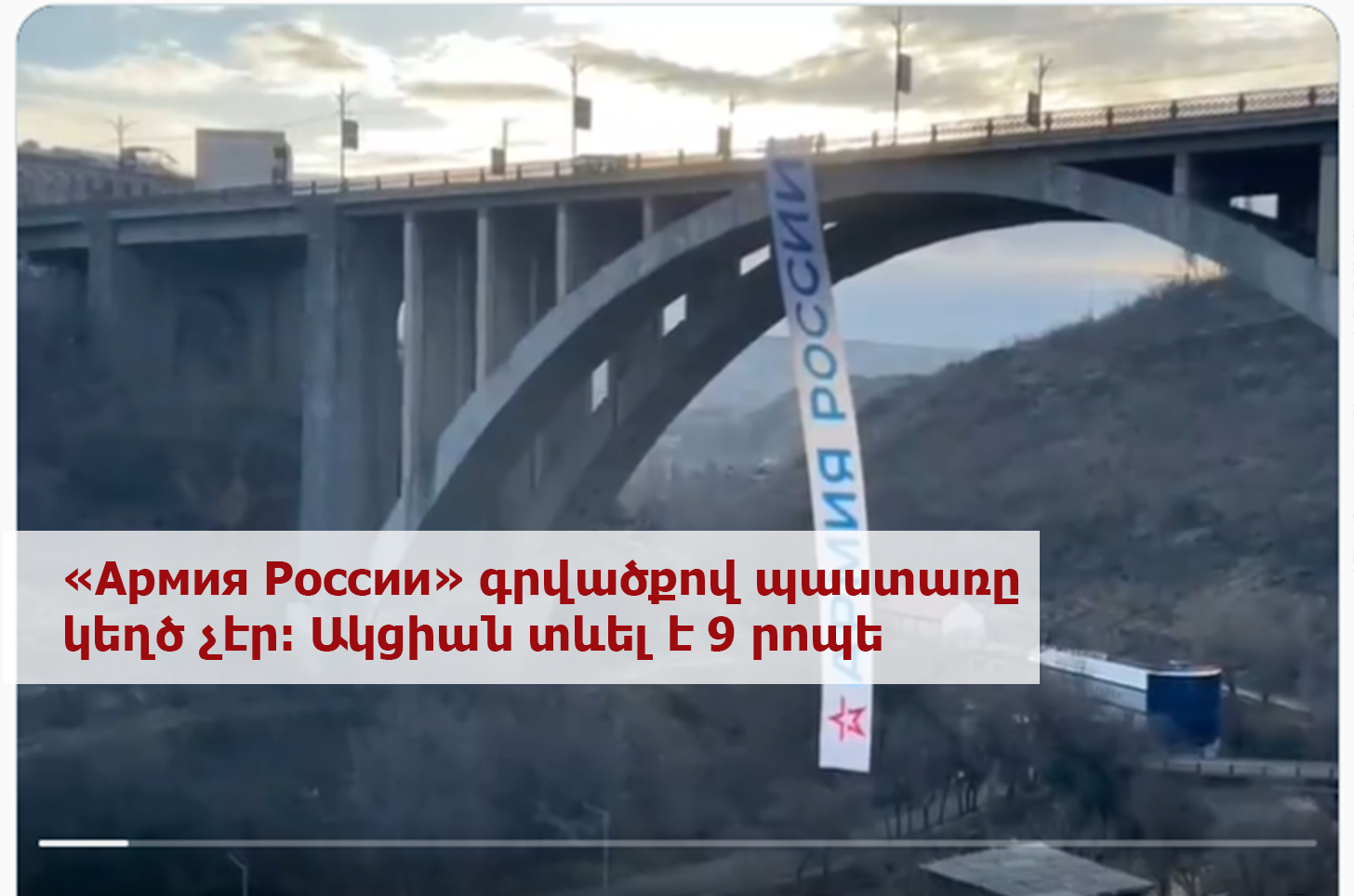 A video of a poster with the text “Армия России” (Army of Russia) hanging from the Kievyan bridge in Yerevan was spread on social networks today. Many users expressed the opinion that it was fake. Media.am checked the authenticity of the image.

The image was suspicious

On February 27, a 3-second video began to spread on social networks, in which a huge poster with the words “Army of Russia” hung from the Kievyan bridge.

The image was temporarily spread by Re: public of Artsakh and Армянская вендетта Telegram channels. Later it appeared on Yerevan.Today, Blognews and other news sites, as well as on mushroom websites. In addition, the photo was spread by Azerbaijani pages and Russian state media.

One of the residents of Halabyan Street sent a photo of the bridge to Media.am at 11:40 in the morning, on which no poster could be seen. In addition, many social media users started posting photos and videos of the bridge with no posters on them.

Despite the large size of the poster and, consequently, the visibility from different points, only one short video was spread on social networks. Many users assumed that it was fake, and in a conversation with Media.am, several experts in the field of photography, vision, and design at once expressed the opinion that the image could be fabricated. Indeed, it is possible that the image could have been edited and improved, but the action of hanging a poster from the Kievyan bridge was real.

The poster is visible on security cameras

The poster can be seen from security camera footage of the spot. The action was carried out early in the morning and lasted for 9 minutes, from 8:16 in the morning until 8:25.

Thus, the distributed video is not falsified. At the same time, the residents did not see the poster, as it was hung and immediately removed.

The video of the Kievyan bridge immediately became part of the Armenian-Azerbaijani information war. An “answer” soon appeared: In the form of a picture of “Army of Russia” written on one of the buildings in Baku. It was spread on Telegram.

The picture, however, is fake. The original version can be found by conducting a simple reverse image search. 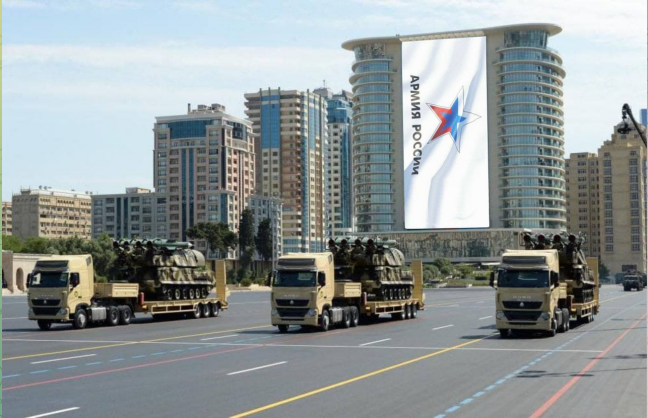 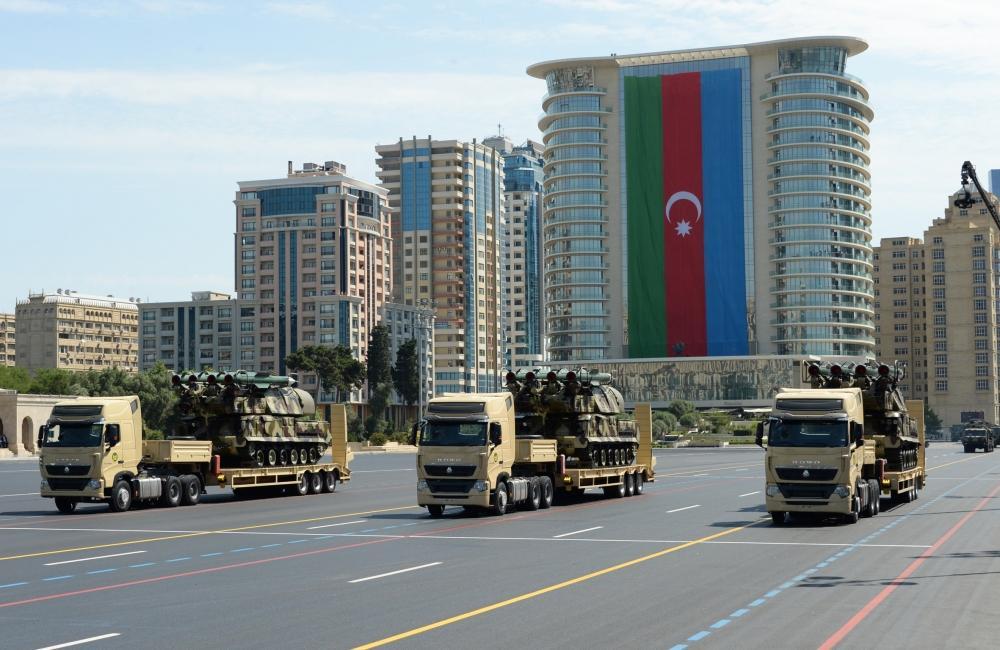 Thus, the information about the appearance of a poster supporting the Russian army in Baku was false.