Tips For Consuming New During War 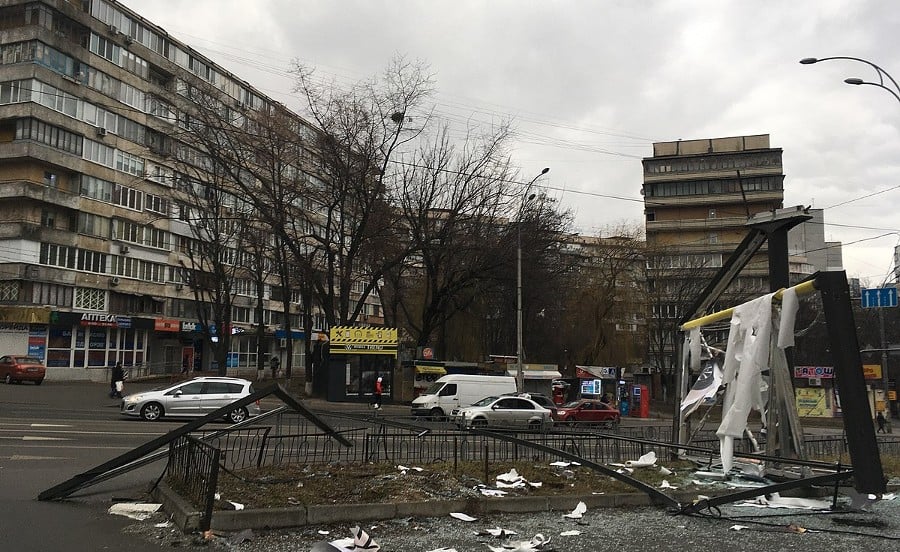 The rules for consuming news are also being revised.

We ourselves, having passed through the propaganda dust of the Armenian-Azerbaijani war of 2020 and having formed a misconception about reality, know very well what information chaos or information deception is.

And what we read, hear, see, discuss, conclude, and are inflamed by, largely depends on our own choice.

The choice of media materials during wars is without exaggeration a crucial requirement. And the primary thing is to accept that most of what we read, hear and see will be false news, obvious lies, propaganda material, censorship demands, or just incomplete information.

There is no reliable source

During wars, there can be no single person, platform, or even a state with the complete information package. It is simply impossible. And it is worth realizing at once that no one can be trusted.

But it is possible to protect oneself (first of all psychologically) from all the garbage, smoke, bile, and pathos with which the news is usually filled.

All the media platforms, influential users, witnesses, the media quoting them, then also denying and supplementing them, Telegram channels, bloggers, agencies of different states, etc. start talking about the changing military news and events every minute.

As a result, the state propaganda, the interests of the owners of the media or channels, political opportunism, and much more are mixed.

Not a lot, but a little

Reading a lot about the war will definitely not make us more informed, but it will make us more confused. And it is worth doing the opposite – read less.

For example, reset the list of platforms we are used to. And start compiling a new list. From the beginning, choose a media platform or media outlet that more or less impartially tells the truth and that we personally trust. Then add a few more. Three or four media platforms are enough.

Choose platforms that have transparent governance, are not affiliated with the state campaign, and offer fast updates.

Believe me, by and large, the news is the same in all media.

When choosing a source of information, make sure that it does not focus on television or visual media.

Watching videos makes us more vulnerable, our eyesight captures media messages even from a separate context. After all, it is easier to manipulate visually than with text.

When we read texts without video and photos, our critical thinking and analytical skills work better. And the brain understands what is read faster, without deviating from the text to the picture.

We know very well that not only lies and misinformation are destructive, but also attempts to keep silent about reality, to hide important information. And we have also seen how this or that media bypasses decisive news and creates the illusion that they are insignificant trifles in the value system that they imagine.

And since trust in any media platform is shaken during the war, try to keep a close eye on the newborn media platforms or mushroom sites that were dormant and have suddenly woken up.

And also try to look at your old “friend” media platforms more critically. If they do not write about something important, it is a red flag that one should not fully believe what is written.

Moreover, this appeal is appropriate not only in the case of large state-funded TV channels, news agencies, or platforms created solely for propaganda but also in the case of “experts” working with state money and various bloggers.

This is especially relevant for Armenians who have spent years on the materials of Russian federal TV channels and are accustomed to the hysterical thoughts and style of various political shows. And it is natural that now in the days of the Russian-Ukrainian war, the media working with Russian state money simply can not be a reliable source.

Consider also official censorship (Russian state censors, for example, have banned the use of the words “war,” “invasion,” “attack,” we can only say that there is a “special operation” in Ukraine and refer only to state sources) and restrictions on social networks (the state has slowed down access to Facebook, Twitter, Instagram, the same is expected for YouTube).

During the war, the media is a weapon and a tool of control for the states. And we as consumers do not have to be under the influence of that weapon at all.

The same is in the case of Ukraine. But since we do not maintain a tradition of following the Ukrainian media directly, it is worthwhile at least to reduce the influence of the Russian media.

Official information is very important when martial law is declared, mobilization or legislative acts are adopted quickly. But we can read about it just as quickly in a more reliable media or platform. And the valuable thing is that it will be with an explanation of what it means.

The power of the source

The requirement to find the source of information is mandatory for journalists, especially fact-checkers. It is necessary to find confirmation from an independent source, to compare the data, to be technically armed, and so on and so forth. It takes time, perseverance, and professionalism. It is difficult to do that during a war.

It is natural that the audience does not have the time and skills to check everything, news in war is rapidly changing. But there are cases when finding a source is easy and even pleasant.

It is not necessary to become a fact-checker and check every statement, it is enough to decide that the information flood should be reduced. Minimize it.

For example, if it is about infrastructure (banks are closed, flights are canceled, embassies do not require visas, etc.), it is easy to find a source, the news will definitely be on the website of the bank, airport, or embassy (or on their social media platforms).

Although reading such news from the source does not completely ensure against misinformation, to some extent, it does reduce the risk of being deceived.

Or if you read the news that the president of the state fled and handed over the country, it is worth waiting a few minutes before responding to the news and spreading it. Maybe in those very moments, the president is not running away, but in a meeting, negotiating, or simply entering live from his page and his homeland.

With a few more clicks, you can at least reduce the amount of propaganda and misinformation.

There are two types of news during war: emotional and useful

War is a distorted human destiny, death, blood, and loss, and it is natural that we as human beings feel, get emotional, and sad. But …

Emotions are evil for the media consumer during wars and conflicts. In any case, they do not allow us to see the bigger picture. Of course, emotionally charged news is not necessarily false or exaggerated (the threat of imminent death is already exaggerating everything, especially the words of witnesses), but emotions are not a good advisor when it comes to making a crucial decision.

The media materials built on emotions are intended to motivate us to act. For example, to cast stones on one side to the very end and to glorify the other. Take steps and say things we would not have done otherwise.

The spread of hatred is often part of the state ideology (the image of the enemy helps the state to turn a blind eye to internal problems and play on public fears). We in Armenia know that well.

It would be better to leave the language of enmity and hatred to the propagandist, to get out of the traitor-hero, brave-vile deadlock, and to be more rational than the creators of manipulative media content.

For example, clear the text of adjectives that are superfluous or derogatory and find the useful component of the message.

Taking into consideration that the volume of cited media resources increases during the war, the amount of content that causes mental disturbances, and the number of social network trolls and bots who receive specific orders and attack with troops, it would be better to stop the practice of commenting and disseminating on social media.

The two or three media outlets and media platforms you choose will inform you about the important things in any case, but they will not throw you into a whirlpool of emotions and will not keep you there until you are suffocated or drowned in vain and meaningless online disputes.

Do not be afraid to miss something

The ability to connect to the news and disconnect from the news is probably the only weapon we have left. War is always terrible, and information war has no less terrible consequences.

The front line of war can pass over the bodies of friends, family members, and colleagues. Make us an irreversible enemy.

To be disappointed, especially when we see what strange things our loved ones believe, how easily they spread every piece of information thrown at them or openly lie. At the same time, we are reprimanded for not seeing the obvious.

Of course, restrained media consumption during the war is difficult. And we need the willpower to admit to ourselves that we are just food for the information environment.

And it is not we who control our news, but it that controls us, awakening dark instincts and subconscious fears in us with skilled media tools.