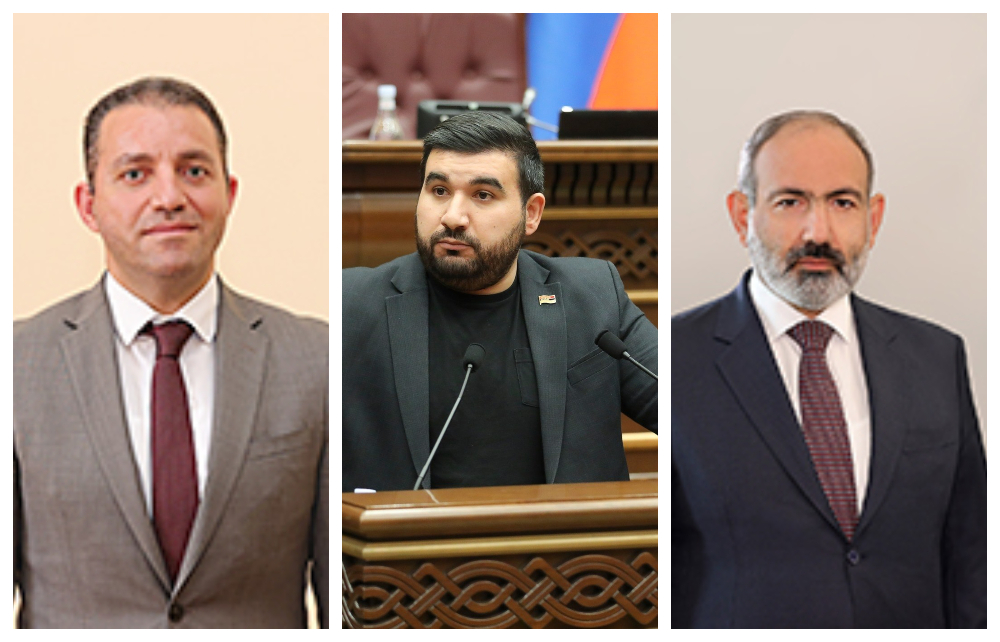 The media seems to have found themselves in a situation where the fulcrum is falling smoothly and beautifully. For example, if we have to rely on any official information, there is no conviction at all that it is really official, and therefore also a fact.

There is a great possibility that the official message was only an artistic formulation, which means that it should be considered from the point of view of the successful or not so successful means of artistic expression.

And always keep in mind that the genre of what can be said can be transformed. Often also taking on the complete opposite meaning.

For example, the RA Minister of Economy Vahan Kerobyan said in the National Assembly that his words that he would resign if he did not ensure double-digit economic growth were just a joke.

“If you are kind enough to include the whole recording, it will be clear to everyone that the phrase was a joke because the context in which it was said was a joke,” he explained.

In reality, when we listen to the whole recording, it becomes clear that by answering the journalist’s question, the minister was sure that he had chosen a good style and was more optimistic. He turned to the journalist who asked a question and said “I will resign. Is that good enough for you? Are you satisfied?” The journalist does not smile at all. And what is there to smile about? He asked a question, and the minister answered.

And the media outlet (and not only that media outlet, but also many, for example, this one) spread the article with that very headline “If double-digit economic growth is not provided by the end of the year, I will resign: Vahan Kerobyan.” The hints about the joke are not comprehensible neither half a year ago, when the resignation was announced, nor later.

On the contrary, they are considered as a bold statement by a state official. No media outlet included the word “joke” in its materials. Of course, humor is a subtle tool, but if humor is understood only by the one who makes the joke, it is not humor.

Presenting what is said as a joke is an interesting step, like a lifeline. But it is more interesting that the officials can easily present their word as an allegory, that is, a metaphor. Therefore, to give it the tone of an author, in the presence of which the fact loses its importance, the way it is presented becomes important.

For example, when the media outlet asked MP Sargis Khandanyan (who headed the anti-hate working group) what the Prime Minister’s words “I will cut your little paws,” “I will slam you against the walls” or similar expressions are, he explained that there is no hate speech there.

“These examples cannot be hate speech at all within the framework of an international definition. Allegorical speech can never be considered hate speech.”

When a question involuntarily arises in the media field, is it possible to know in advance what genre of words will be spoken, or by choosing them from lists, so that in the end, it will be clear what we are dealing with?

The words spoken by officials take on such fluid meanings that they can be described with a clear conscience as symbolic, metaphorical, allegorical, given the structure of a fable or poetic work.

That would be a normal and even happy environment if at the same time the legislative initiatives criminalizing swearing and insult were not toughened. And no serious criminal consequences were envisaged for publicly spreading calls for violence.

Of course, the laws presuppose misinterpretation, but the problem is that state officials themselves set precedents for various misinterpretations, when they interpret their words with the conviction that the other person does not understand the subtle border between reality and fiction.

RA Minister of Justice Karen Andreasyan, for example, explained, “There may be allegories, symbols, some even exaggerations in the political debate.”

Of course, there can be, no one argues with that. But it is interesting that we no longer say diplomatic language, the language of political opportunism or even populist language. Rather, we rely more on the terms of the field of art, realizing well that putting works of art and state messages on the same plane increases the weight of art and devalues the political field.

After all, not only the media but also politicians, who already address each other in purely symbolic ways, are always ready to increase the amount of symbolism.

And when MP Vahagn Aleksanyan calls the media and journalists “verbal prostitutes,” he, of course, can explain at any time that he said it in an allegorical way (symbolic, poetic, with a joke, with the desire to get an emotional response).

And so, everything is fine.

The Prime Minister will not criticize his party member’s speech but will advise everyone not to cut the deputy’s words out of context because he said something entirely different. Not what we understood, but what Vahagn Aleksanyan meant. For example, he meant preaching violence and lawlessness.

“If I were a journalist, I would not attribute those statements to myself, if I serve my profession honestly… I would think that it is not about me, because if it is about me, it is not a good thing… Vahagn Aleksanyan gave a political assessment, and it is very difficult to consider that political assessment unfounded in the relevant part,” Nikol Pashinyan said during his press conference. And to highlight the issue of regulating journalistic ethics.

This answer is also a reason to think that the division of the media field between the two armies weakens, first of all, the public involvement in the context of making crucial decisions.

The position of journalists and media editors is capable of bending, molding, expanding and, ultimately, transforming.

And in many cases, targeted and sober work with the media should not be underestimated. Including “verbal prostitutes” until they become “verbal killers” (of course, in an allegorical sense).

“Black and white is an allegorical definition: you are on the other side, we are on this side. We can say old and new. I do not see much in it,” said Lena Nazaryan, a member of the “My Step” faction and deputy speaker of the National Assembly, last year.

Naturally, the division between black and white is like demarcation and delineation. Besides, it is also clear that blacks are not always black, and whites are not always white. It is enough to remember the political fate of Hayk Marutyan, the author of that color division.

There can be no white media alone, because that way you push them to become black, to sell their body even outside the verbal context.