What Can We Expect From 2022 In The Media Field? 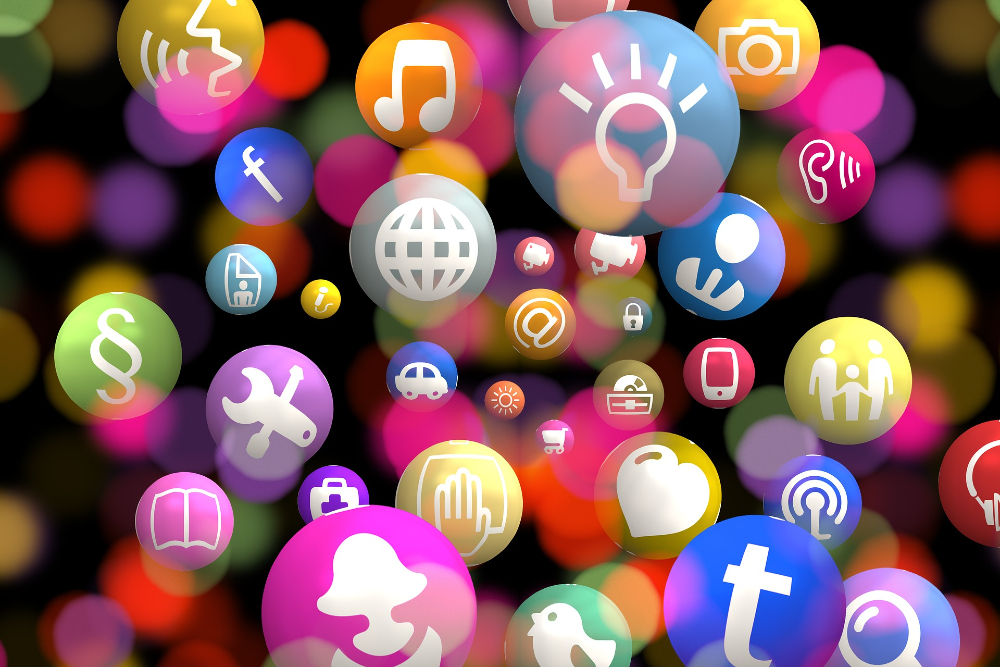 It is time, taking advantage of the bitter and sweet experience of 2021, to try to imagine what we can expect from next year.

There are a number of key developments that will continue to have a major and growing impact on the media field.

The first is the redistribution of the general social network field.

Gone are the days when Facebook was a super platform, which was the main dictator in the information flows, and in many cases, the main news source. In addition, Facebook’s marketing policy was such that even in the event of an outflow of social network users, it was possible not to lose people, as the majority emigrated to a platform that they once again owned, Instagram.

However, in the last two years, a new trend has started to form: The world is once again moving towards the diversity of platforms that existed before Facebook’s aggressive campaigns. 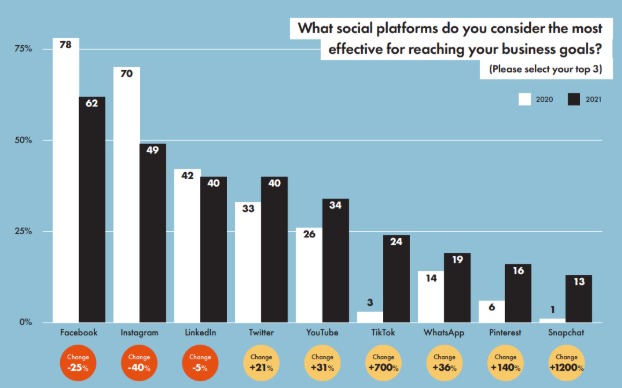 The picture shows a study by Hootsuite on how much businesses use social media to achieve their goals.

In 2020-2021, the diversification of the field actually started. In 2022, this trend will continue, revealing new platforms, new opportunities. Thus, for example, the first steps of the possibility of advertising in Telegram are already creating a basis for further activation of the platform in the markets, where up till now it was not so widespread.

Pinterest and TikTok have been testing the advertising platform in several countries in a row. If in the case of TikTok it is already obvious that the social network is gaining influence in some social sectors, then in the case of Pinterest one can expect that the platform will be able to position itself more widely and increase its influence.

Another important thing is the growing interest in cryptocurrency, as a result of which it is already becoming a common phenomenon for quite large public sectors.

Phenomena with different elements of the social platform are already taking shape around crypto, such as the movement around the creation and sale of NFT, which is still very incomprehensible to many.

In addition, for two years now, social networks have been trying to attract cryptocurrency to their platforms despite the resistance of states.

Meta (formerly Facebook) was quite silent but launched its own crypto wallet. And it already integrates with WhatsApp, although it is still geographically limited. If the social network manages to bypass the resistance of regulators, this will change the whole field of online sales and online services. It is possible that next year will become revolutionary in this direction.

Of course, we can expect many, many other changes. For example, expect that video will gain more dominance as the main content produced and consumed.

The influence of influencers and bloggers will also continue to grow.

However, a lot will depend on what kind of content food for thought next year will give us. And in this mixed world, it is difficult to predict.