The Ringing Of An Armored Mandate 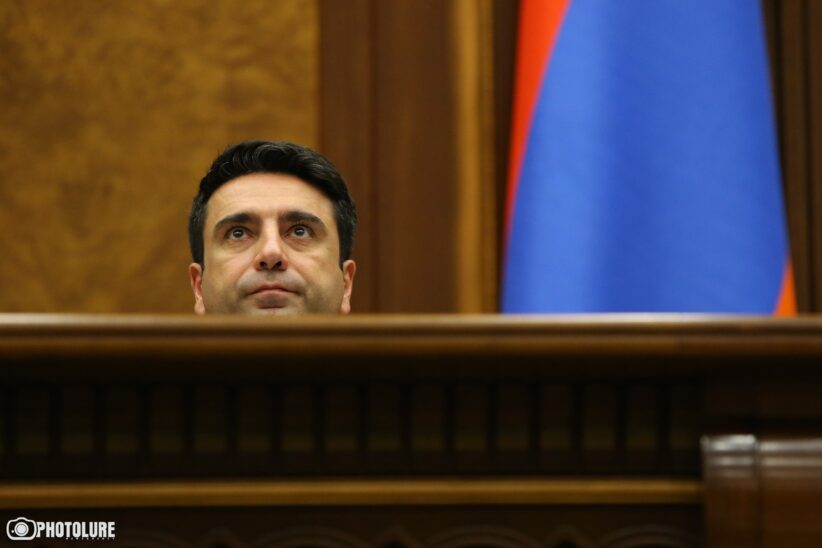 Our society is suffocating from the news. But even if we try to block ourselves from unimportant and painful information, news comes and knocks on our door and brain.

And often the sobriety maintained by great efforts is disturbed by the news that we perceive with the skin, with instinctive senses.

From such news we can actively self-organize or feel terribly useless, because we are given only the role of a passive observer, who has been deceived, folded and put aside.

The news that the Speaker of the National Assembly Alen Simonyan will have a new official car of the BMW 750Li xDrive LCI class worth 90 million AMD, which will also be armored (in the future), immediately connected the amount, the make and the image of Alen Simonyan, forcing almost everyone to express themselves.

The news floored all of us and put us aside, and wrote on us, “You are estranged.”

It was everyone’s news with the simple explanation that the disaster of the war gave little time to stand up, and the government was carelessly wasting that time carelessly. Even the social network section, which is more or less loyal to the authorities, said everything on November 25 about Alen, the new and the expensive and his personal protection.

It was not a big bomb thrown on a steel mandate, but a common opinion that shattered the armor.

In various posts, the money for the new car was converted into military armor or accessories for furnishing positions. It was compared with the condition of regional roads and poor life. By accommodating and providing for the displaced Artsakh people.

Eventually, the question arose as to why the government now decided to provide a high level of defense (the existing car was old and not well protected) by one official, representing the group that had crossed the territory of Armenia on foot and created a revolution. In other words, it was symbolically cleansed of the corruption and oligarchic system. Excess and comfort.

No matter how much we blame the media and the users who manipulate for various political reasons, this was the news with which the authorities dug their grave and put a big tombstone with a car make and the engraving “Alen” on it.

This news was not only cynical in nature but also mythical in its inadequacy, as it immediately deepened the rift between man and official.

When I asked different people after the war what made them vote for the de facto defeated political force, they often answered that they identified themselves with Nikol Pashinyan. That he is understandable and close, that if he lost, then they also bear the burden of defeat. They said Nikol is ours.

Question: And who does Alen belong to?

There are issues that the media clearly formulate by publishing investigations into the corruption risks of that high-ranking official. In addition, the working style of the media affiliated with him raises big questions, with information throws, unverified news and careless writing.

Careless and well protected: perhaps so.

By the way, on the same day when money was allocated to the NA Speaker for physical protection, it became known that the government had provided 400 million AMD to solve the extraordinary problems of the Syunik region. Those two sums of money put Simonyan and Syunik on the same plane, and no matter what the authorities do from now on, Simonyan will be perceived as a special defense object for the government like Syunik.

The symbols work very interestingly. The news of a car being acquired to protect a person (even if it does not become a reality) caused irreversible cracks in the legend of a strong mandate. A steel mandate? Moreover, armored.