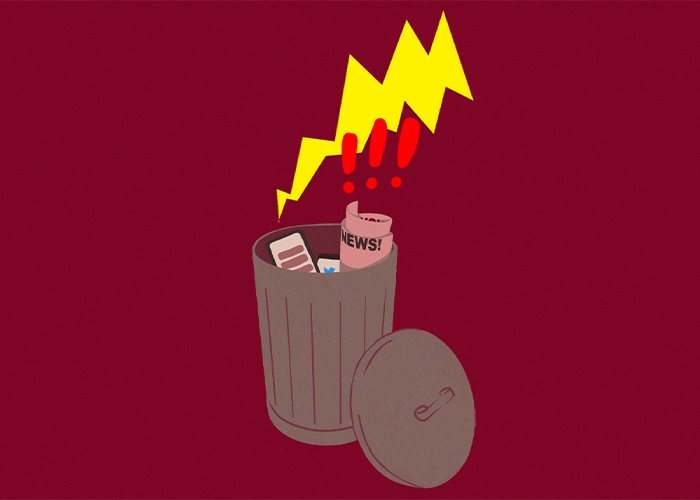 The majority of the public is skeptical about the news reported by the state bodies of Armenia. To be more precise, the public does not trust.

Anything official is perceived as a component of propaganda and an occasion to hide the bad news. During the war of 2020, official sources did their best to replace the real image (terrible) with an edited image (encouraging).

And now, in fact, as the Armenian-Azerbaijani war continues and it is unknown what is happening on the border, also behind the political and military decisions, the atmosphere of skepticism has deepened.

The border escalations starting on November 14 and the incursion of Azerbaijani troops into the territory of Armenia are accompanied by information chaotic convulsions.

The news about the captives, deaths and wounded are contradictory even in the official sources.

“Haykakan Zhamanak” belonging to the Prime Minister’s family wrote that there are 10 deaths, the CP deputy spoke about 15, the Ministry of Defense informed that there is 1 death. The figures for the enemy’s losses are also contradictory.

It is difficult to understand how many combat positions we have lost and how many (maybe none) we have regained. And, finally, how much territory remains occupied by Azerbaijan in this half-year.

On the one hand, it is the delayed, contradictory and unreliable official news, on the other hand, the panicked tosses of some media outlets about impending doom and disaster (for example, stating that Syunik has already been handed over to the enemy or sharing anew the footage of Armenian captives being humiliated that was videotaped last year). They also make us defenseless in the information war.

And the schemes of disseminating information work very well, when an unknown and small website publishes sensational and painful news, that news is immediately (instantly) disseminated by the Azerbaijani websites, then the news returns to the Armenian news, as a more weighty argument.

And it starts to inflame the emotions, nerves of the audience, make them react emotionally and spread various pieces of information garbage, poison and dust. Also, prayers, that is to say, a genre that arises from complete despair.

And no one, starting from the official sources (Artsrun Hovhannisyan, for example, who did not publicly apologize for his failed case), ending with the editors-in-chief of the media, who put sensations above state security, can never, under any circumstances, imagine saying, “Sorry, we made a mistake because we did not want to inform but to persuade and preach.”

As a result, we have distorted or exaggerated the facts so that you, the audience, can be sure that everything is good (everything is very bad).

It is difficult when you want to know not only what is happening, but what it means, in perspective and by combining past steps.

It is pointless to chase after a deputy and ask a question because the media will only benefit from clicks and comments filled with swears from his evasive and even contemptuous answers. Nothing more. And that nothing more is also part of the propaganda, including Azerbaijani.

And since the public should at least know the price to be paid for the policy pursued by the authorities, it tries quickly and it does not matter from which sources to get the picture of reality.

Quickly know what is happening in Syunik, behind the scenes of meetings of statesmen or during non-public conversations.

There is a lack of information. And also in state bodies. And when the state does not fill that deficit, and the professional media are not united, thousands of speculators appear and offer their products. Mostly fake and hastily patched together.