No Red Lines Ahead 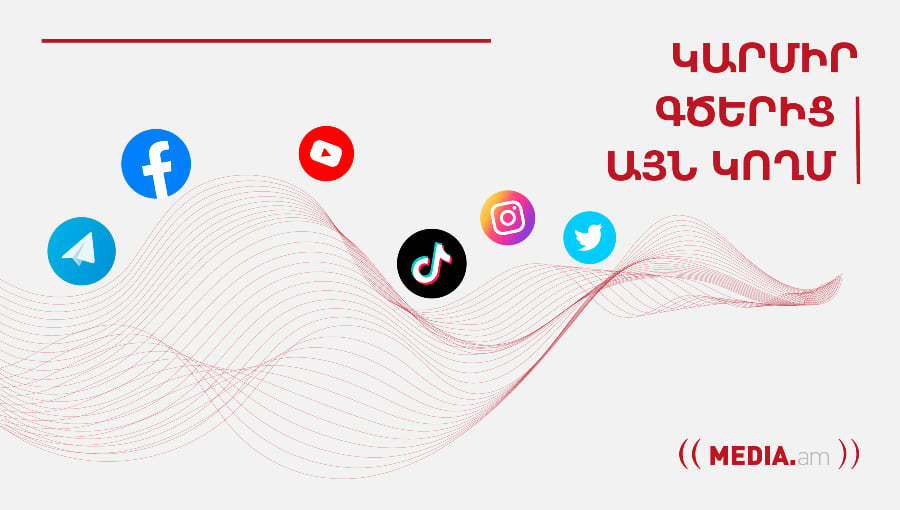 Over the years, the media has helped us. Helped to cross all possible red lines and appear in the realm of uncertainty.

In the past, it was very fashionable to call the press the fourth power. Then came the social networks, which turned everything upside down. The press also stepped aside for a while. At first, it let social media put a foot in the door. Then the amount of space it took up became wider. And in the end, everyone hugged, and it is already difficult to say where the traditional press is and where it is different.

Not to mention that the term “traditional press” appeared on the scene at the time, as we were somehow trying to separate newspapers and television from the newly created online news outlets. And now we often call the online press traditional, so that we can distinguish it from various Facebook pages, Telegram channels and TikTok influencers.

In the end, it got to the point where everything went to the media. Over the years, the political struggle has shifted almost entirely to Facebook, seamlessly reaching all possible platforms, culminating in TikTok with users lip-syncing to recordings of political vloggers and former and current leaders.

The political field sees its mission in writing statuses on Facebook, considering populism as the main value system platform and why not, a party concept. The media is overvalued. Moreover, in its wildest form. When, for example, economic growth or national values also occur purely as a social network movement.

And along with all this, the same public and political figures, dictators of opinion lead everything to decline, form an obsession to cross all possible red lines.

At first, the media field was filled with lies, then with fakes spreading lies. Over the years, this was funded and institutionalized. People used to make frauds using their salaries, keeping their homes, places, families, and washing machines.

The political elite was hiding behind these fakes. Probably there was a primitive feeling of shame that prevented them from doing what the fakes were doing on their behalf.

And then the decline became uncontrollable. (Or maybe it was manageable. Let me be a conspirator here). At first, men opened fakes to swear quietly. Then women started doing the same. Then people started not bothering themselves by opening fakes, they started swearing openly.

First the men, then the women, and finally the intelligentsia and the political elite joined the people in their arms. At first, lies were spread by fakes. Then they decided not to bother the fakes, they started spreading lies with an open face. And so it went․․․

In the end, we reached the situation that spreading Telegrams to dark and suspicious people and Azerbaijani Nazi propagandists on social networks has become a completely normal phenomenon. Yes, we will hear explanations, of course. They will say, but they speak more correctly than the Ministry of Defense or the government.

But the fact remains. We have left almost no red line ahead of us, everyone has already crossed them. Now we are busy strengthening the abyss, as the son of a Turkish citizen Ostap Ibrahimovic Bender would say.

P.S. Bad news ․ It will be much harder, if not impossible, to go back. It is very easy to roll down to the bottom of the barrel. Climbing is indescribably difficult.