The Slumber Of Intelligence Breeds Monsters In The Media 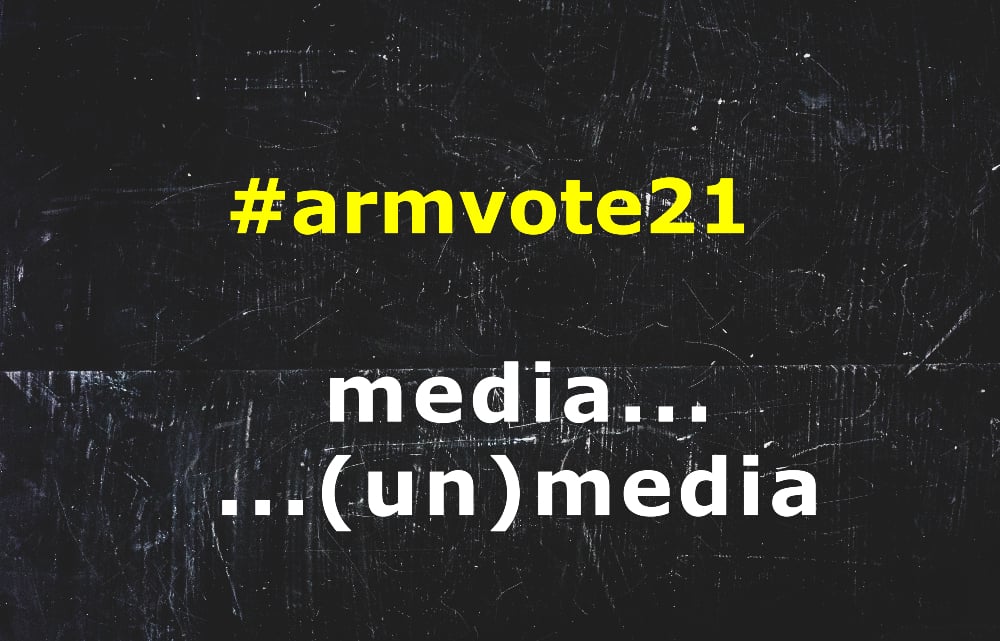 We are approaching the elections. We approach them with an absolutely deformed media field. Much has been written about all this. But at the moment the deformations will have an impact on the election results.

Today, based on the data of various surveys, one can come to a conclusion․ About two-thirds of the population does not want to participate in the elections.

Some do not see the candidates they want. The rest are just disgusted with politics. This means that if there are elections tomorrow, the minority will make a decision instead of the tired and disappointed majority. Which will create a great potential for further long-term tensions.

But there is still about a month before the elections. It is undoubtedly a terribly short period, during which it is almost impossible to carry out a normal campaign. On the other hand, the situation is so chaotic, changing so fast that in some sense there is even a lot of time. It’s possible to make radical changes in even a few days.

And in this case, even small political forces will have an unexpected opportunity to appear in the National Assembly.

When the number of voters is not large, even a relatively small statistical deviation can change a lot in the distribution of forces.

And how can a redistribution of such forces be created? In general, how will the final election take place if the time leading up to the elections is abnormally short? When the main redistribution of supporters of political forces has already taken place within the one-third of the population, who are going to go to the polls at that moment.

It is clear that the media in a broad sense will play a decisive role at this moment.

That is, political PR, social network marketing, the activities of media and social network activists, the expert field. This field will try to form an opinion and take people in a state of uncertainty to the ballot box.

And what do we have in the media field at the moment?

The vast majority of media outlets have an open political position. In other words, in the classical sense, they have turned into party leaflets.

Many journalists have become fighters of open political struggles on social networks. That is, they violate university rules. (Now it is even dangerous to point out this fact, in the vernacular, they get all up in your face).

Expert field. Hmm ․․․ Apart from a few pages of arguments that I could now write about the bankruptcy of the expert community, something more interesting will happen. Most of the experts will soon enter the electoral lists of alliances and parties in columns.

From the point of view of information sources, now it seems that you are in the epicenter of the fair. And the most interesting are the Telegram channels with psychedelic names, which have about two hundred subscribers, many that claim to have sources in the RA Government, the Kremlin, the Pentagon and the Fourth Reich accounting, and are actively quoted by the media.

And, of course, we have young people in TikTok who open and close their mouths under the swear words of prominent political analysts.

And all this, and in addition to this, the Azerbaijani propaganda, we are spreading it with our hands folded on a national level and, sorry for my expression, we are sharing it left and right. (Information policy pursued by the government and members of the government could be mentioned here, but it has been spoken about so much that it doesn’t need to be repeated).

After all this, if in the National Assembly you come across the still unknown conditional Ghukas Vardanyan and his “Alliance of Indomitable and Irreparable Fools,” we will not be surprised.

Together we have created such an information field that anyone can crawl hidden by this fog.