The Apricot And Social Network Reactions In Armenian-Russian Media Relations 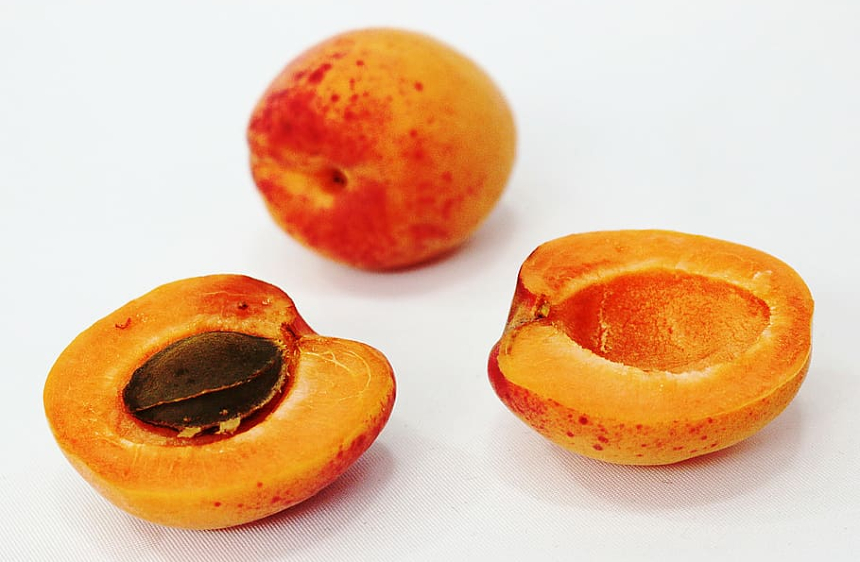 The tense situation on the Armenian-Azerbaijani border, the apricot “wars,” the social network posts of various authorities and the attempts to counteract them over the last week have become an occasion to think about how we present ourselves in the international media, how we measure ourselves through the media. Especially with Russian media.

When the Azerbaijanis crushed the Armenian apricots in the Moscow wholesale market as an action of “patriotism,” and then banned the entry of Armenian fruits to the market, a big wave arose, which can be called a folk-ritual.

First, it was necessary to save the fruit, which had crossed a long journey by trucks and quickly spoils (eventually, apricots were sold in an alternative way, thanks to the unification of the Armenians).

And second, it was necessary to perform a symbolic act.

The apricot is a symbol of Armenian identity and it needed to be saved in an allegorical way (we are stomped on, and we rise again, as we have done at different stages of history).

The apricot harvest was saved in Moscow in a ritual-performative way, with dances, with the consciousness of doing righteous deeds and showing to the world, as a result, the supporters of both business and identity won.

And since the starting point of crushing apricots was really a pointless and unwise move by the Azerbaijanis, it did not take much for the Armenian community to win the “apricot war.” They just used that opportunity. The apricot was Armenian, moreover, for everyone, without political, social, sexual or other differences.

It did not take much effort to defend the Armenian point of view during the Russian program “Время покажет” (Time will tell), when the Azerbaijani participants of the talk show did everything on their own, so fragmented and filled with passion about the topic of the “apricot wars” that they even surpassed the presenters. As we have seen, they are always extremely emotional and scandalous.

Watching the debates on the Russian federal channels is always torture because the shouts, interruptions and emotions of the speakers almost always do not allow for understanding the thread of the discussion.

But at the same time, they are attractive, because they remind not of a dialogue about the news, but of a feature film, fiction, theatrical-circus performance. You do not believe it, but you watch it with pleasure.

Especially when someone with the opposite point of view digs a logical hole for himself, he also falls into it (it’s enough to remember their calm point of view that journalists can not visit the Azerbaijani border if they have been in Karabakh).

The Armenian-Azerbaijani media clashes are almost always clear to us (us and them), it is difficult to accept our position in the triangular discussions, especially when Russia, our “big brother” and”strong hand” is the participant and party in the discussions, the “center” since the years of the Soviet Union.

Is it possible to put all this aside and talk about it as strategic partners, as we do with documents?

And how is this possible when we consider the demand for a “strong hand” more as a strong hand of a stranger (an eternal brother)? We do not seem to tend to accept that the strong are those among one of us because we inwardly think that no one is better than us to be considered that strong hand.

The RA Prime Minister’s speech on July 10 about the concept of the national security strategy, which consisted of general words, historical-ritual-cultural-culinary hints, could nevertheless serve as a modern revision of that “strong hand” of the idea. The arrows of success and failure were pointing inward, not outward.

Conditioning internal relations with the external.

And this, unfortunately, can be used as a tool of behavior, helping to communicate, first of all, with Russia, where often surprising events take place, as well as surprising interpretations that are not always well calculated. But it is often reminded that Armenia should be grateful and, by and large, always look to Russia.

The social network post of Margarita Simonyan, Editor-in-Chief of Russia Today and Sputnik news agency, was one of them. “What kind of Armenians are you?” She addressed the “ungrateful” Armenian authorities, linking the issue with “spitting” on Russia’s centuries-old kindness and defense. “And Russia has a moral right to spit on you and trample over you,” she added, joining this idea with the claim of having Narekatsi on her side cabinet.

Its vulgar tone and mixed accusative clippings acted like a crushed apricot scene. In other words, a heated wave arose over the Armenian identity.

The perception of identity as opposed to the external threat and thus directed inward.

In general, the army of Russian preachers (especially those with Armenian surnames) unites Armenians much more effectively and helps to look at the successes and failures inside with a view that is already free from outside influence.

Of course, it is difficult to talk to Russia (even in innocent social media conversations), especially when we do not have a good idea of the official point of view, which is the opinion based on personal whim and the way it is presented.

Simonyan, who is the head of a state-owned media holding company, seems to have crossed the line written under the code of unconditional trust in those who have a “strong hand.” And in general, the definition of “strong hand” changed, eventually becoming a question: what is strength?

Every state creates not only its future but also its past.

It takes from the past the symbols that, according to the state bodies, are valuable, and deletes or blurs the historical episodes that should be forgotten or at least classified as secondary.

The ability to remember and forget is a force, a vital requirement that can now be found in every field in Armenia. From the judiciary to literature lessons at school.

A great empire like the USSR still has such an impact on our school system that the need to forget is more expensive than the desire to remember.

There are things that should be forgotten, erased, considered secondary.

And perhaps the dialogue with Russia will be more valuable if the common Soviet past is put aside (not forgotten, just put aside), ceased to be a mirror image of the relations between a strong center and an exotic province.

And let it not be surprising, but the educational reform, especially the reinterpretation of the humanitarian heritage, which is now undertaken by the Armenian authorities, can put a lot in its rightful place. For example, leaving the fact of being part of the empire in the past.