The various Shades of Mekhak from Kurtan 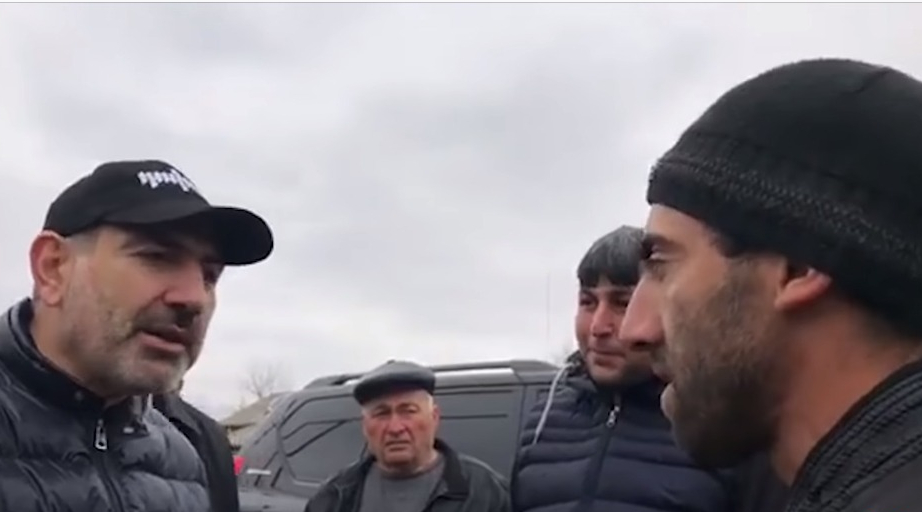 Mekhak Arakelyan from Kurtan village is a famous person now, and he knows that he will always get help on time.

On March 10, during the Constitutional Referendum campaign, he approached Prime Minister Nikol Pashinyan, and asked to help him get a house. The Prime Minister reproached him, saying that a healthy man should solve the problems of his family on his own.

At the time, neither the prime minister, nor the audience knew that the man was not healthy. The residents of Kurtan said nothing about that.

There are lots of stories on socially underprivileged people covered by the media. However, this one is different because the Prime Minister turned into the main character of the story, and the incident took place during the YES campaign.

Each new video piece that was being broadcast at different times covered the Kurtan man from a new political perspective.

News.am was the first one to talk with Mekhak and his mother. While watching the story, you would have an impression that Mekhak was seriously upset with Nikol Pashinyan. He told about his health problems, his failures as a labor migrant and awful housing conditions. He also talked about his dream of having a small backyard farm to grow potatoes.

Then he said that he didn’t manage to tell the same things to the Prime Minister,

“…I felt numb; I couldn’t utter a single word. He defeated me, he said everything… He said I was a healthy guy, and I should work…”

NA deputy Sipan Pashinyan, accompanied with Radio Liberty and Public TV reporters, went to see the man from Kurtan. The deputy said he had good news to tell – there were lots of people that had expressed their willingness to support Mekhak’s family. However, he did not inform the media who the supporters were and how they were going to help.

The story covered by the Public TV repeated everything that we already knew – health issues, awful housing conditions, inability to work, as well as the fact that some supporters wanted to get in touch with Mekhak and help him.

The reporter mentioned in the story that Mekhak still kept the “proud citizen’s passport” given to him by the Prime Minister, despite the unpleasant conversation.

“The young man was upset but he did not remove Pashinyan’s photo from his mobile phone screen,” the Public TV reporter happily mentioned in his story.

“Even if I live in this half-ruined house I will vote for Pashinyan,” Mekhak said in the video piece.

A few hours later, 168.am broadcast another story titled as He got angry and left: the story of the family of Mekhak from Kurtan.

Mekhak Arakelyan had cheered up a little bit in the story by Public TV, whereas 168.am made him recall the unpleasant conversation. This video piece was more comprehensive, as compared to the others – it contained a longer sequence of the meeting between Nikol Pashinyan and Mekhak Arakelyan.

The representative of the Council of Elders mentioned in the video piece, “We have discussed the issue of allotting a land slot to him but there are no free slots. The head of the community suggested that a land slot should be bought at the expense of the community budget. We should discuss it – we cannot solve this issue in a short period of time, we will discuss it in the near future.”

However, instead of covering the issue of land slots, community budget and ineffective governance, the media keeps “dragging” Mekhak, sometimes to Yes, and sometimes to No, leaving everybody confused, uncertain and hesitant.

Pity, poverty and dignity are tools that can be used in various ways, depending on the specific moment and the tool-user.