The Community of incompetent Experts, Incense and Astrologers 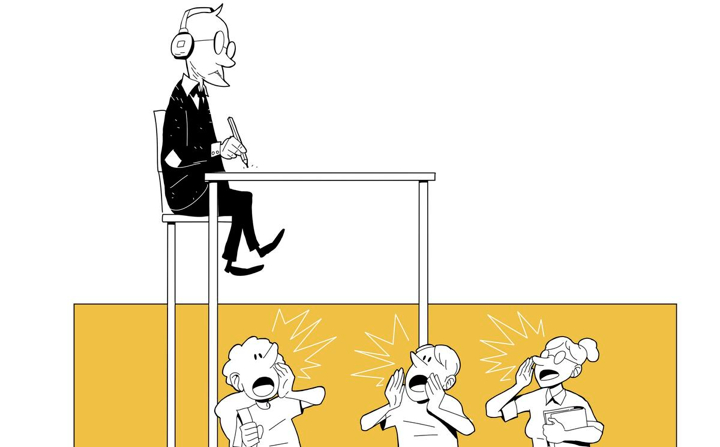 Coronavirus, referendum, the potential and existing international economic crisis, its possible impact on Armenia, the situation in Syria, Russian-Turkish relations – these are the most relevant topics in the Armenian media, the social media, people’s kitchens and barber shops.

Apart from that, there are dozens and hundreds other significant topics that people are interested in. Or would be interested in it if they knew about them.

There are lots of fake or absurd opinions presented as real ones in newsfeeds and social media discussions. However, there are some important issues that are totally neglected.

For the past few months, there have been almost epidemic outbreaks of other types of flu in Armenia. The schools have been half-empty since January. However, there was no public interest and no public pressure on the government to close down schools.

Was there a need to conduct such actions? I have no answer since I have no accurate information about what’s happening around me. On the other hand, I get daily info about the exact number of infected people in South Korea and Italy.

So, how to get professional info?

Here is how it usually works: ministries are not involved in it – they just never come up with that idea. Thus, some reporters start searching for experts.

They find them through Facebook or look up in the file called Famous, Important, Prominent Experts in the biggest computer of the editorial office.

The experts, in their turn, have read a few books on the basics of political science, hypnosis, NLP, the brief description of the first three degrees of Masonry for children, the George Soros biography, according to some defrocked priests of the Orthodox Church.

This “must-have kit” is usually enough for them to express their expert opinion.

More proficient experts are aware of the latest revelations of some YouTube vloggers. Those honorable people also conduct press conferences. The latest ones are mainly related to Coronavirus and internal political situation.

For example, the topics of the latest press conferences were titled as Coronavirus and March 1. Kocharyan’s case.

Let’s not forget about analytical centers. That’s right. There are such centers. There should be such centers. And they really exist. However, you would hardly recall their names. Most of them consist of 1-2 people, including the accountant, despite the fact that the centers are titled as Associations, Unions or something else that suggests the participation of several people.

Have you ever come across expert debates around professional topics? They hardly ever happen in Armenia. Well, you might come across them. However, the debates will have a political characteristics and will revolve around the question “who has bribed whom and when for expressing a certain opinion.”

You can come across professional debates among lawyers. Actually debates are the main things that happen in that specific area.

However, non-lawyers like me will not understand anything from those debates.

Right before the constitutional referendum in 2015, I took part in a few discussions with the involvement of lawyers. Now the same thing happens around the expected referendum in April.

People listening to the discussion will just come to the conclusion that the participants have different opinions. That’s it, mainly.

As for all the other issues, we have astrologers and specialists that manage to “correct the situation” with the help of incense.

This seems to satisfy the minimum requirements of the public since all the other complicated issues will be explained by taxi drivers and hairdressers.

(Hopefully, not a single taxi driver or a hairdresser will get offended. Actually, this is the only serious part of this article.)

P.S. Of course, I have exaggerated a lot (pardon me, “good” experts.) However, you are a small minority, ladies and gentlemen.