The Texts Of Resignation, Short And Uncertain 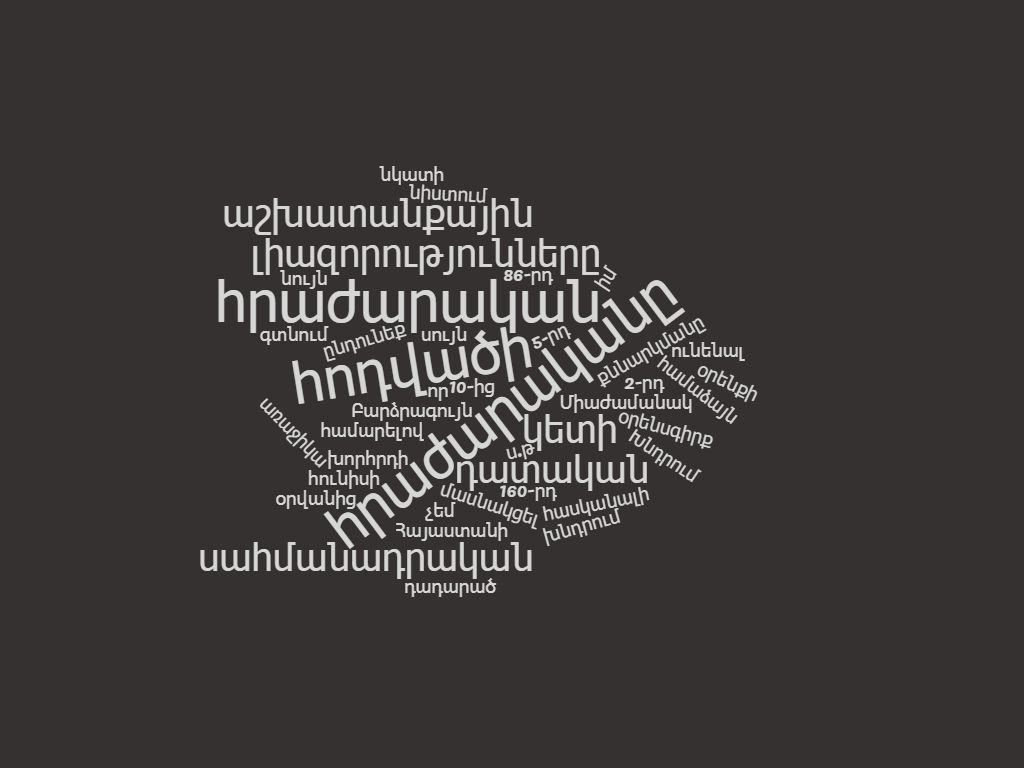 Officials write their resignation texts in such a way that it is impossible to understand what the cause for their resignation is, who pressured them to resign, or in general if there has been pressure or not.

Such a “classic” example was the text of Levon Ter-Petrosyan’s resignation. “Dear Compatriots, I have been demanded to give a resignation by the authorities, those bodies, known to you.” Who are the “bodies known to us?” Ter-Petrosyan left his listeners free to interpret, avoiding specificity and names.

The text of the resignation of Prime Minister Serzh Sargsyan on April 23, 21018 also had a deficit of specificity. “Nikol Pashinyan was right. I was mistaken. The situation that has been created has several solutions, but I will not use any of them. It’s not mine. I leave the post of the country’s Prime Minister. The movement on the street is against my office. I fulfill your demand.”

What issue was Nikol Pashinyan right about, and what issue was Serzh Sargsyan wrong about? Was the “street movement” really against his office, or if it was a popular demand? In this case, the text of the resignation also raises many questions and leaves space for contradictory interpretations.

The laconism of the resignation texts and not being open about the reasons for resigning in the text indicates that the resignation is not voluntary, it is not a self-motivated act.

And the leader or the “well-known forces” have offered to justify their own imagination to get rid of additional explanations as to why they do not want to work any longer.

Both resignations were not concrete, and it was not understood as to what the real reason for resigning was.

Similar short and indefinite texts are the cause of diverse, as a rule, contradictory, assumptions. These assumptions are immediately spread by the media in their turn, generating introspective discussions about a material where nothing is known.

There were also some assumptions on social networks. “He Ran Away From Responsibility,” “Self-Vetting Has Begun,” “He Did Not Want To Be Humiliated And Become A Political Tool,” “Will Be Sent To The Constitutional Court,” “He Was Late…”  Someone was suspicious that Zeynalyan’s resignation took place when Prime Minister Pashinyan was out of the country.

What are people’s merits for getting jobs and what are the flaws for which they are dismissed, why do officials resign? Answers to these questions are important in avoiding information hunger and assumptions and manipulations.

Although, there are cases when the resignation texts refer to the reason for saying goodbye to the position. Thus, in the text of the YSU Director Aram Simonyan’s resignation, there was a clear reason, “I will not let the 100th anniversary by overturned, there were no congratulations on the occasion of the 100th anniversary, and that is why I resign.” The reason was there, but how many believed it?