Just This Minute: The Tradition Of Journalism Turned Duty 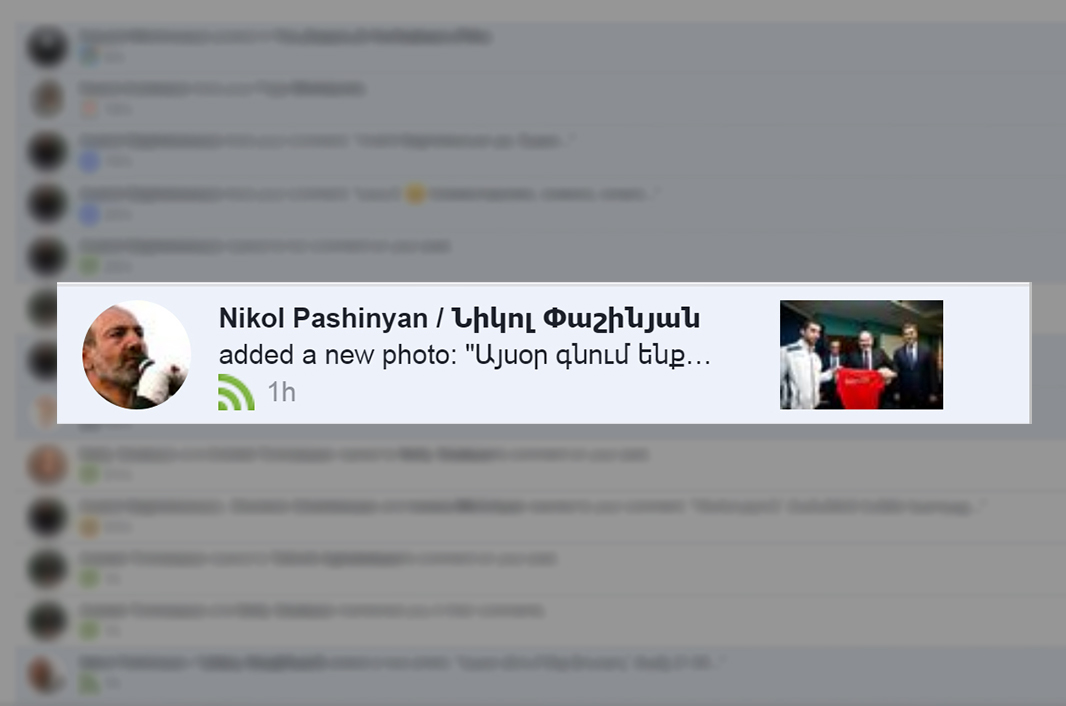 77.7% of Armenia’s population uses social networking sites, and 66% of the population receives information from social networks. The media, any type, is behind social networks, both in terms of audience size and involvement. And competing with the all-powerful Facebook or YouTube seems like a destined loss.

The culture of inthismoment, a tradition turned duty

There is one important concept in journalism research, the culture of being in the moment, that is, the tradition of communicating any news as quickly as possible. It is not easy to follow this tradition, especially during the large and fast-changing events such as the Velvet Revolution for example.

Before news releases on the launch of the meeting between Pashinyan and Sargsyan were prepared, edited, checked and published, the meeting would have been finished long ago. Live streaming comes to the rescue, including on YouTube and Facebook. Aside from that, you can follow the updates in the form of Facebook posts, and not on websites (as was done by EVN Report, for example).

You can also provide information strictly fragmented, without context. In short, use any trick to report as soon as possible.

To be the first you need to be faster than not your competition, but Facebook.

The culture of being in the moment, being the first, leaves no alternative. But in the age of social networks, the first should be faster than not their competitors, but than Facebook. It’s not clear as to how.

On November 14, 2018, Civilnet reported on the resignation of the Labor and Social Affairs Minister, Mane Tandilyan. The same information was published by Yerkir Media, hraparak.am etc. The articles were the republishing of Tandilyan’s Facebook status without any additional information. In general, the media often rebroadcast Facebook posts. The most frequently reposted are probably Nikol Pashinyan’s posts.

Such reprints are typical of mushroom sites that do not produce their own content and are often misinformed, which publish not only the posts of well-known political and public figures but also ordinary users’ posts.

If the mushroom websites are reprinting for “clicks,” then the media do the same because of the hardened culture of being in the moment. The tradition of being the fastest, which does not allow for the approach of reviewing, even though it is unlikely that people would visit any website to read it, which will appear on their feed anyways even if they aren’t one of the 530,000 users who liked Pashinyan’s page.

On March 22, Hetq reported that Susanna Safaryan was appointed as the Chairman of the Tourism Committee. The same news was reported by aysor.am, news.am, etc. However, the media did not report on who Susanna Safaryan was.  And since a Google search brings up the biography of a singer with the same name, the reader is left to collect pieces of information bit by bit to find out where Safaryan previously worked (at the UN Armenia office), and on the other hand why the ex-chairman of the committee was dismissed from their position (was elected deputy).

New information about the new appointments was regularly published in the post-revolutionary months when appointments were many, and time was short. Often these articles, like the news about the Chairman of the Tourism Committee were limited to the name and surname, and without the journalistic skills, it was not easy to find out who these new officials were.

Reporting information in fragments, without context and the sequence of events that take place in is fast, But not faster than any officials’ or ministry’s Facebook post.

The average inhabitant of the planet spends more than two hours a day on social networks. For the media, this number can be a stimulus to enter into a race that is dictated by the culture of being in the moment. And maybe the signal to revise the traditions.

Officials, public figures and various organizations have a direct means of communication with the audience, without a middle-man and they actively use it. And since this direct line of news spreads faster than any mediator, the latter need to offer additional and different information.

By not replying to the news spreading on Facebook right this minute, the news outlet will be unable to provide the time and effort to find the context of the news, present a general picture, and finally offer the most demanding and accurate analysis.

The role of the media outlet repeating after Facebook doesn’t allow for a distinction between the news outlet and social network and puts an equal sign between them. This is not bad for Facebook, which unites more than 2 billion people, but it is very dangerous for media outlets which have an incomparably small audience.