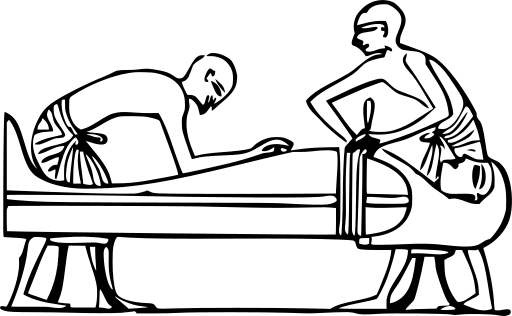 The morning of Sunday, December 16, caused an unexpected shock to my only half woken up brain which still hadn’t had the chance to recover from the news of recent days.

As an average citizen like other respectful citizens like me, my morning also begins with difficult to open eyes watching the news flow trying to clarify the mandatory operation of the average statistical half-year with the where, who, when and why.

To be frank I must say that on a melting summer morning of July 2016, when my colleague called and informed me that there was something wrong with everyone’s Facebook, and the police building had been taken over by armed people, I now believe that the most horrible predictable day can be interrupted, for example, by a group of officials from a cosmic plane, for example the B4 district.

Then, after the announcement of President Serzh Sargsyan’s resignation, I must also admit that by knowing the unexpected news I have built up an immunity, and having an established immune system, it fights against any foreign body of exogenous and endogenous origin.

But sometimes that immunity gets frustrated, confusing itself for the foreigner and it begins to attack itself.

So in the case of the news, relying on immunity alone is short-sightedness.

“Ancient Egypt: Archeologists have found a neutron tomb with an age of 4400 years.” read this news article on the morning of December 16th, not on the Matreska.ru website, but in the Russian News section of the BBC.

The next sentence was about the view of Mustafa Wazir, the secretary general of the Egyptian Antiques Council, according to which this is one of the most unique discoveries of the past few decades. The newly discovered mausoleum is about 30 miles from Cairo, and archeologists are preparing for excavations on Sunday, December 16.

My ideas about the difference in neutron, hydrogen, atomic bombs are obscure, of course, but as a pupil of a Soviet country, I still remember my country’s messages and our youthful experiences during and after the forty-five minutes of atomic horrors.

As competent pioneers, we even knew that the neutron bomb was different from the atom and hydrogen, so that no devastation would have occurred, but only the people would become radioactive and stay in ghost towns.

This was told to us by our teachers and the those of us who were most impressed, one of which being me who was tormented by a simple question, that wouldn’t it be more humane to destroy houses and let people try to hide?

But our history teacher, who judging by the way he spoke, was a witness of the great events of all ages, because he spoke with the voice of Tutankhamun and knew what kind of battle he had with Genghis Khan, and he was part of some Soviet delegation in Hiroshima and Nagasaki, was so frustrated with the horrors of the atomic bomb, the consequences of nuclear weapons, and, naturally, gladly announced that the Soviet Union has a stronger weapon and we will destroy them if necessary, so that I, a fifth grader, felth the shameful fear of an adult and thought I convinced myself that everyone is lying and there are no such things as hydrogen, neutron and atomic bombs.

I convinced myself so I would not die of fear.

Then, at the age when it is no longer shameful to be afraid of atomic, neutron, hydrogen bombs, naturally we read more literate texts, learned scientists’ names, the Nobel Peace Prize and the controversy of the creation of a hydrogen bomb, and sometimes the free-sparing period of loca frustration followed by scientific and military-political aspirations: that a neutron bomb has been discovered in a 4400 year old mausoleum in the pyramids of Egypt.

I read the news three times in a row and was very attentive.

My fierce search for a clever interpretation of this madness was accompanied by fears and struggles in the news and networks that lasted a few moments, but an interesting struggle, an uncompromising one…

Nevertheless… so in the Egyption pyramids, I think that I am still not done making up the limits of my brain and I still have the great temptation to believe that this crazy news has not yet spread across humanity and it does not shake Facebook, Sunday, the world, I look at the news. For the fourth time, my eyes tearing up, and suddenly read the title again: “Ancient Egypt: archaeologists have found an untouched tomb aged 4400 years”

The words “neutron” and “untouched” were very similar early on Sunday mornings. The first one is neutron, and the second is untouched.

The clash in my brain lasted for a few seconds, and I told a long story. The feeling was inexplicable and incomparable with what was experienced during these final and shocking years.

What kind of consequences and manifestations can one erroneous word cause? This is often the case with political news, stories about people.

A word read erroneously can cause a brain-conflict between reason and impossibility, but it will last a short time and the misunderstanding will be fixed.

In another case, he misleading news, and a different case, the spread of absurdity, which is explained by ignorance, otherwise known as the malicious spreading of stupidity.

But returning to the first, the situation that you are not ignorant, that you understand that a neutron bomb cannot be found in an Egyptian mausoleum that is 4400 years old, but at least for a moment you believe it because the news was on the BBC website, and what is the reputation of the institution in the field of news that for a few seconds you prefer to deny the mind, rather than suspect the seriousness of the British Broadcasting Corporation?

And finally the latter, regardless of reason and knowledge, people strive for the news of the impossible.