Together You Are A Soccer Team Of 11 People 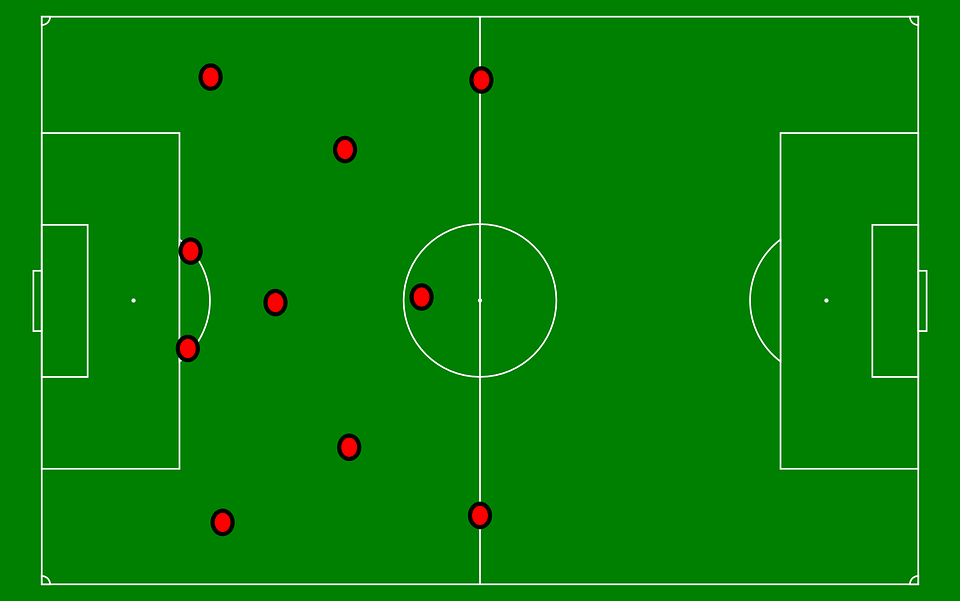 In the summer of 1992, I graduated from university and wanted to become a journalist. Together with with my classmate Tigran Devrikyan, we went to ahan Ishkhanyan. Vahan was the editor of the newspaper Independence.

Since wanting is one thing, being able to is another, I was very stressed. At first, Vahan suggested writing about the trash of Sovetashen. I dared to say, “and what about something a little more aesthetic?” and he instructed us to take all of the political parties’ programs, examine, compare and write.

I didn’t have the courage to object a second time, but I left the Literature Institute, where the Independence editorial was found, prophylactically defeated, because reading, digging, comparing programs of political parties and coming up with a conclusion about it was terribly out of my interest.

After walking for a few hours in the center of town, I felt like I wasn’t going to do it.

At home, my defeat led me to despair, and overcoming all the thresholds of suffering, I decided to do it, whatever happens happens.

In my fifth year, I still looked like a seventeen year old which on one hand intensified my complexes, but I went into all the party buildings and asked for their programs either way.

Arshak Sadoyan met me at the Republican Party building on Tumanyan, and he threw me down finally “Dear child, what are you doing here?” A very relevant question.

However, I collected all my intellectual and physical resources and brought home the program brochures, and I began to read.

This assignment was genius in that I was totally unaware of political internal tendencies, aspirations, the composition and content of political parties, their weight and alignment in the political arena.

And my perception and formulated thoughts were the words of a child who said “the king is naked” and therefore, was the only truth.

I was reading with the diligence of a straight A student, emphasizing the “pluralism” of the same problem. And everyone was so good and caring, so understanding, so discerning for Armenia’s problems. Only one innocent question arose. “If you all want the same thing, why are you not together?”

And since I did not possess political terms and analytical skills, I wrote exactly what I had felt. After handing the material to Vahan Ishkhanyan and co-editor Mikayel Hayrapetyan, I was waiting for the judgement like a man waiting for the death sentence in court.

In the evening, Devriyan Tigran called our home, and on that sad day in the wake of the war in the summer of 1992 he announced that they liked my material a lot. And so, my first article was about the programs of political parties.

I remembered this today because today I was reading the new parties’ election programs. For the first time since 1992, I read a detailed program.

The August 11, 1992 issue of Independence now looks stupid and obsolete, in the whole world it definitely only holds importance for me, where my first article was published. But after all the sensations, a great absurd thing: There are lines which are repeating themselves exactly the same way for twenty six years, and in the twenty sixth year, there are lines in the party programs that are replicated, simply copied word for word.

For twenty six years, in fact, we want, promise and persuade the same things…

In my article on the August 11, 1992 issue, I read RPA and it seemed to me that I read wrong and that it was actually about the Communist party, but no, it was the RPA, and at the time the RPA was a tough oppositionist, with an independent and tribal view.

Only the CRU, the Constitutional Right Union, was categorically against diplomatic relations with Turkey. Turkey most likely didn’t know anything about it.

See how such a “hot” opposition created a pro-government and opposition field.

I apologize to the reader for quoting from my own article, but at the moment I do not have the programs of the parties written twenty six years ago, and these are all my own conclusions, “Artsakh creates the best opportunity for disagreements. Even though they are opposed, however, both parties ANM and opposition parties, are equally uncertain about the solution of this issue. The National Self-Determination Union’s statement that ‘only a powerful Armenia can help Artsakh, and Armenia can only be strengthened independently,’ is not inferior in its uncertainty to the slogan ‘Struggle, Struggle To The End.’”

At the age of twenty, my article on party programs ends with the statement, “The problem will be solved by itself, when parties do not have a political audience and listeners due to being boring.”

It’s not the smartest thing to say, but I did not know at the age of twenty  the fact that for twenty six years boring parties will have their boring programs and everything will be determined by money and power. I was sure that idealism would win.

Today, I have read the programs of most of the running parties.

Every party has its own prototype from twenty six years ago. I will not try to mention concrete prototypes, but when you read the same lines twenty six years later, in a party program that hadn’t existed, who’s members didn’t have a maturity certificate, some hadn’t even been born, it leaves you feeling interesting emotions.

The program of the “Sasna Tsrer” party promises: “To publicly recognize the right to rebellion, to recognize the rebels as lawless.” I tried to imagine it. I had a hard time.

Then it promises “to connect Artsakh de jure to Armenia,”  “to cancel the treaties of Moscow and Kars.”

In answer to that, or maybe even the leader of Sasna Tsrer, Sefilyan’s speech, the Acting Prime Minister, Nikol Pashinyan responds, “Do not be surprised, this is not Serzh Sargsyan’s weak and idle power for you” (November 26, Artik).

This text also has its prototype.

Then Bright Armenia starts its political program as follows, “And the liberal is like a gardener, who must know a lot about the flower that he cares for,” (Fredrich Von Hayek).

The grades in our school essays were scored a point higher for making a citation. And as always, in this case too, “the key warranty for the solution of the Artsakh issue is the security of Armenia, is a powerful economy of Armenia.” Even the structure of this sentence doesn’t change.

Bright Armenia insists that Artsakh must be a full party to the negotiation process.

The Republican Party of Armenia (RPA), which came out of in the previous elections with the slogan “Safety and Progress” proposes this time, “If you are concerned, choose the Republic Party).

No longer progress and no security, just come to us if you are worried.

It’s not a prophecy that “peace is a vital necessity for the normal development of the Armenian people,” but the sentence “we are strongly against the thesis of “territories in exchange for peace’” unavoidably is reminiscent of when the RPA leader spoke about returning territories and how Aghdam is not the homeland, no one raised the alarm of concern with the pathetic squeak of bagpipes.

“We are asking for your vote, to secure the future of Artsakh and the stable development of the number one issue on our agenda.”

We ought to propose restrictions on the party programs with the condition that the word “Artsakh” should not be used more than once.

CD finds that it is necessary to review the treaties signed between Armenia and Russia for the benefit of the Republic of Armenia and the Russian federation, “First of all, this refers to the regime and the status of the Border Guard Service.”

That which My Step promises in its slogan is every person’s dream “happy individual, caring society, powerful state.”

When the leader of the Velvet Revolution changes the tone and vocabulary of communication, the thinking person cannot be happy, he sees a man who speaks from the position of power talking with force, gestures, and hears harsh words.

At first, maybe they were delighted, thinking that justice is usually reached via this path But the thinking person will definitely think that this can only be a share of a “bad” people.

My Step’s program is written with an over professional pen and is quite long. More detailed on all fields with perspective images, without exception, all the way down to the growth of birth rates.

In the internal political arena with an independent judiciary, the restoration of the status of Karabakh’s full negotiating party in the Karabakh issue, without which the settlement of an agreement cannot be considered de jure.

The party programs are a compulsory political document, but as a text, which should have its reader, I think they will be neglected.

The voter doesn’t read the party programs, it is read by a small number of voters, for reasons of  professionalism and activism.

People vote or don’t vote based on liking and disliking, hoping or by being lied to, knowing  or not knowing, but a minor portion find the text of the party’s program interesting.

First of all, because they are long texts, not everyone is bound to understand them, then, because our nature is such that it does not believe or disbelieve until after listening or seeing, after failing one or more times, and whoever they decide to believe in in that moment, they believe in and that’s all.

Programs are compulsory texts and must be so according to the rules.

But in our reality, they are at least needed only for professionals, journalists, political opponents, so that in the future they can say “Well in your program it is written…, and you….”

The average citizen does not study it before voting. I do not know how it works elsewhere, but here we have formed a forgiving skepticism towards pre-election texts.

I would like to make two quotes from the programs written with a twenty five year difference without any comments.

1992: “Only a powerful Armenia can help Artsakh, and Armenia can be strengthened only by being independent.”

2018: “Artsakh is the citadel of the Armenian people’s dignity. Artsakh is not just land for Armenia, as the Artsakh issue is not a territorial issue. Artsakh is a people, a nation with its own destiny, its only and unyielding homeland. The Republic of Armenia is the guarantor of the security and self-determination of that homeland.

The points of all the programs are somewhat understandable, acceptable or rejectable, but a weighty question remained unanswered. This idea from the Christian-People’s Revival Party, “Armenia the Creator, worthy of an Armenian woman.”

Promise that at least during the campaign you’ll comment on which Armenian woman? Otherwise, we are confused.

Now there are Armenian women who block the streets and bring success to the revolution, a revolution that is acceptable to you, as I understood.

And there are Armenian women, who have become very ironic towards serious texts. Promise to say which Armenian women you want Armenia the Creator to be worthy of.