Invitation To Address-less Websites To The Legal Field 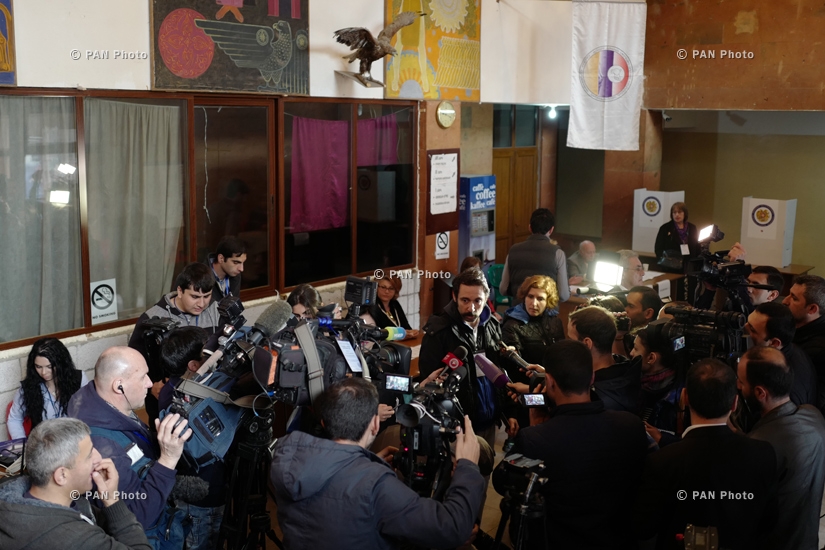 Recently, during our discussion on improving media regulation in the RA Electoral Code, one of our colleagues complained that many new websites were opened during the elections, the origin of which is unknown, and proposed to distinguish between “registered” and “unregistered” media outlets (the formulation was their own – M.H.). We had to remind them that according to Article 4 of the Law on Mass Media, “Media outlets are issued and distributed without prior or current state registration, licensing, declaration or notification of any body. In other words, there is no concept of “registered” and “unregistered” media.

About twenty/ twenty five years ago, when the internet wasn’t developed, newspapers began to appear during the election, the only mission of which was to serve the pre-election interests of this or that candidate: Journalists were motivated by high salaries, and the media outlet would shut down after the elections with the excuse that “there’s no money.” Now it’s easier for someone to start something similar. Opening a news website takes a matter of days, no legal process is required, and the site immediately provides a “badge” to its employees and then applies for accreditation. Many of these “badge” bearers don’t have an elemental understanding of journalistic decency, ethics and so on. Not to mention their “copy-paste” working style, that many of these sites adhere to. So our colleague’s concerns are understandable. They would like everyone to work within the same legal framework.

To solve this problem, we have a suggestion that we have done years ago and now would like to repeat.

According to Article 3 of the Law on Mass Media, mass media are also distributed by the public telecommunication network, network media “is an informal resource for news information accessible to an unlimited number of people, regardless of the frequency of updating, the duration of storage time and other criteria, having a certain address.”

However, Article 11 of the Law provides for the mandatory presentation of the release data,, essentially only for print and broadcast media. Taking advantage of such a liberal law, network media has begun to grow like mushrooms, without mentioning the address, the names of the founders and the responsible persons. Moreover, whenever there is a question of bringing such sites to accountability, there is no legal or natural person against whom to file a lawsuit.But all these sites want to have the same rights and privileges as other media outlets. It results in inequality.

Now is our suggestion: to invite (yes, hence invite, not impose) network news outlets to the same legal field. That is: the given website will be considered as a media outlet and enjoy media benefits (accreditation in state bodies, accreditation for covering the elections, protection of journalists as a public debt officer by Armenian law when performing their duties) only in the case of the website providing the release data on their homepage.In other words, allowing Article 11 of the Law on Mass Media to also regulate network media.

Present your founder’s (the implementer of media activity) data, “the full name, legal form of the legal entity carrying out media activities, teh location, the number of state registration of a legal entity (or its separate subdivision registration certificate on behalf of a legal entity), the date of issue, and the media implementer as a natural person, his/her name, surname, address, if he/she is a private entrepreneur, and also the number and date of the state registration certificate,” as well as the name and surname of the person responsible for the issuance of the instrument, and, please, work like everyone else and take advantage of all the opportunities. If you do not present such data, and you prefer anonymity, which is yours, you do not require accreditation, equal treatment, etc.

One more thing: Article 12 of the Law on Mass Media defines transparency of financial sources. “The media implementer, up to and including the 30th of March of the current year, has to publish a previous year’s financial report under the heading ‘Annual Report’ in the next issue of the media (if it is issued) with reference to media related activities, indicating the cross revenue and the size of donation share.” Traditional media mostly comply with this requirement. In the case of websites, this should also be viewed as a condition for a given website to be a news outlet.

Let me repeat, our suggestions are not impositions, rather an invitation. If you want to work in an equal field, then be kind enough to be equally transparent and recognizable.