PUBLIQ: Blockchain And The Media Field 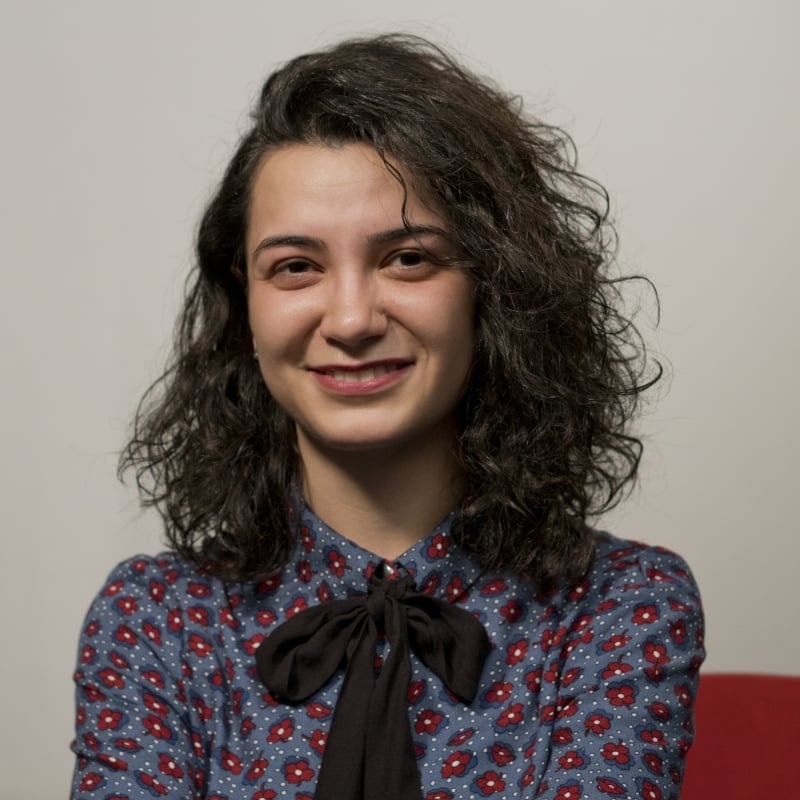 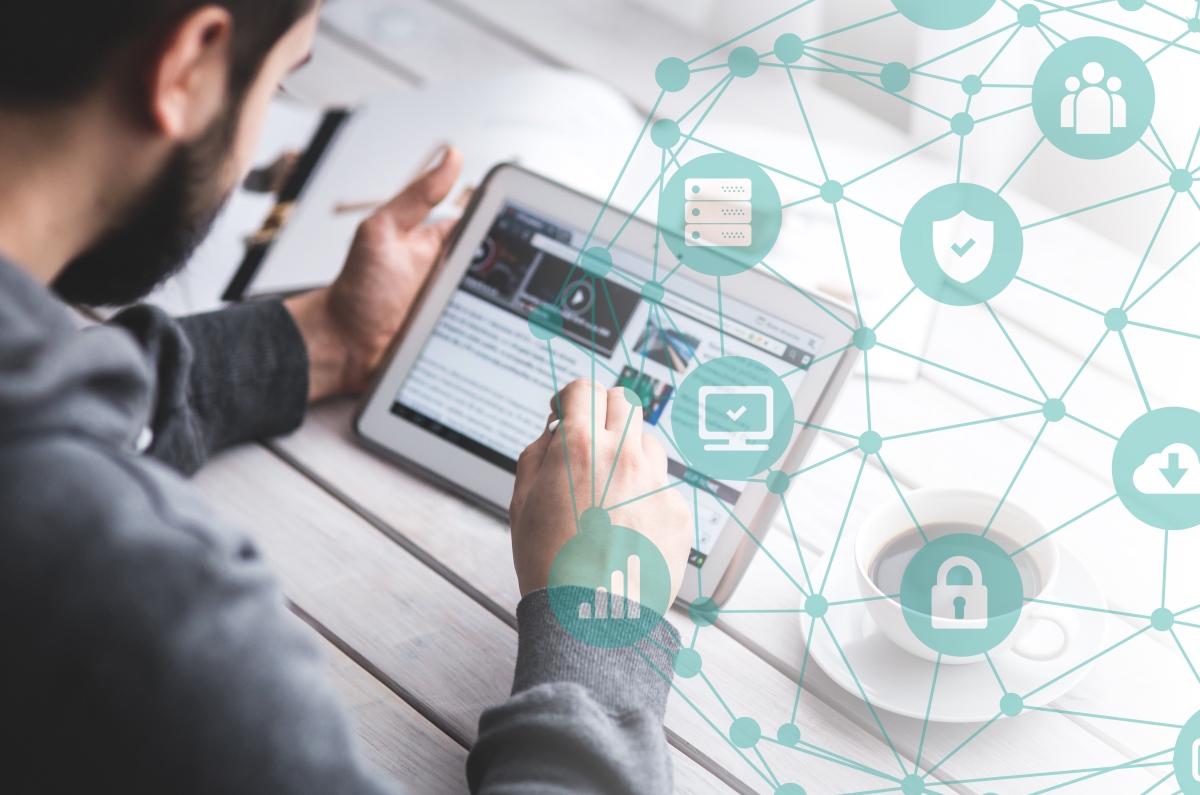 Work on decentralized systems has begun since the sixties, and blockchain’s basic principles have been described in the early nineties.

The most famous project based on blockchain, which has attracted massive attention, is bitcoin, which has been operating since 2009 and which is the first decentralized cryptocurrency.

That’s why many believe that blockchain technology is tied to only cryptocurrency. However, blockchain is a decentralized database that is kept by the participants, where new data can only be added with the consent of the participants.

Blockchain technology has a variety of uses and Wikipedia brings three main examples in it’s description of those uses, of which one of them is PUBLIQ. It says in the description that PUBLIQ was founded in 2017 and aims to provide content accuracy, rule out censorship and fight counterfeit news.

PUBLIQ was introduced by The Next Web as a revolutionary tool against fake news, and Mashable included PUBLIQ in its 2017 Best Pitches List.

We spoke to Blockchain R&D Hub, PUBLIQ’s co-founder, Arman Aleksanyan about the possible changes in the media field.

Before founding PUBLIQ, Arman and his colleagues had long been engaged in web technologies, and had been simultaneously publishing magazines with friends for a while in Armenia and several other countries.

It was then that they became acquainted with the issues in the field through practice, and decided to create PUBLIQ on the basis of the latest technologies.

PUBLIQ’s main goal is to decentralize the centralized management of media systems. That rules out the need for excess mediators and processes or in some cases, just leads to the balance of their effects.

In other words, there are mediators whose role, in many people’s opinion, is justified, but there are cases where mediators are in a position of monopoly and do not use their authority properly.

Fairness can be achieved and some functions can be implemented faster by automating mediators’ actions. Especially, as Arman notes, when the product is involved with knowledge and information.

In addition to its original value, information gets new values, when it begins to be used as a tool. For example, it’s possible to manipulate through information. Therefore, they have created something that allows them to avoid all possible influences in different stages.

PUBLIQ’s content creators, authors, are allowed to be at the center of media, providing them with an efficient and reliable ecosystem.

Authors have the right to free speech, the materials are not subjected to censorship, and thanks to the possibilities provided by blockchain, they clearly retain copyright.

The content is maintained not in one center, which is vulnerable to damage, but in decentralized accumulators, where it is impossible to be deleted either by mistake or on purpose.

If we approach it generally, then PUBLIQ blockchain’s role can be grouped into three main parts:

First: Data about all participants are stored in blockchain.

Second: Information about the content, as a result of which the content cannot be changed without consequence.

Third: An internal conditional unit operates on the basis of blockchain, PBQ, which is not an end in itself cryptocurrency, but rather a means to divide the created value between the participants.

At PUBLIQ, there are 6 key stakeholders, of which each of them have their own clear roles and interests.

First: NODES, that provide the blockchain segment, confirm that some information has been imported to the blockchain and, for example, mine new PBQs.

Second: SEEDERS, who provide space on their hard disks, on which the PUBLIQ content is stored.

Third: The authors. Content creators can be individuals, a group of people or an organization.

Fourth: Content distribution CHANNELS, who represent some sites based on PUBLIQ, but who simply have the appearance of a regular website for readers.

Fifth: Advertisers, who place ads on the PUBLIQ advertising system, and pay for it using an internal payment system, PBQs. The latter is divided between the other parties, authors, SEEDERS and NODES.

The sixth are consumers, readers.

And now, how this entire process takes place.

Many things are automated, those who want to create a media outlet are no longer required to make an announcement, find journalists, choose a few of them, search for advertisers, and make arrangements.

Instead, authors can create articles, on any topic and in any language they choose, then place them in PUBLIQ. Those who want to have a news outlet can simply create their own Channel.

What do they do? They choose, which author’s material they want to broadcast on their Channel.

It should be noted that there is no censorship. No matter what, the content is in PUBLIQ, and no one can change its content or remove it. The creator of any Channel can simply choose what materials to distribute.

In turn, the reader has the opportunity to choose which Channel to follow and what materials to receive. Channel creators can clearly choose to spread articles only about sports, and only in English, and according to that choose authors.

It is very important that in this case, copyright is protected.

There is a blockchain explorer concept, through which you can enter and check who the author of the material is and rest assured that they were definitely the original. That is, it’s not possible to share the same material under the name of another author.

Plagiarism is now very popular and when news media publishes the material of the author of another media without providing the source, the issue reaches court, and in many cases is even unsolvable. PUBLIQ solves this problem and also gives the opportunity for the author to get paid more simply because their article has been distributed across different channels.

The amount of money the author gets for their article depends on their rating. There are Smart Contracts, through which the process of transferring money is automated.

The rating is based on the number times the material is read and the “negative” or “positive” reviews. PUBLIQ analyzes all these figures with a special formula and creates a rating, which in some ways makes it difficult for manipulation.

For example, if 100 conventional units are intended for writers in PUBLIQ, then that, according to the ratings, is divided between creators, regardless of who they have written it for and where they have distributed it.

News outlets with already created content can move to PUBLIQ and continue their work either with their journalists, or by adding new authors in the process.

In this step, news outlets usually are finding additional ways for monetizing their content and keeping it safe.

This version of PUBLIQ has been joined by two of Germany’s most popular news outlets, Tagesschau and Funk. Now, when you enter PUBLIQ you see all posted articles, and when you enter those Channels, then you see only those articles which they want to distribute.

PUBLIQ already has new partners from Japan, the US, Germany and Russia who want to move their archives to PUBLIQ and continue their activities there.

PUBLIQ, in its turn, also contributes to the development of civil journalism and the creation of professional media opportunities for bloggers.

Bloggers have the opportunity to create content, distribute it, get paid for it equally and at the same time not lose their freedom of speech.

It’s important to note that this system is also beneficial for those platforms which are not related to journalism, but which create content.

However, PUBLIQs internal conditional unit is divided among those who write questions and those who answer. That is, there are two basic ways to monetize content, paid and free.

In one case, people pay for the content they receive, which can be both journalistic material, a film and music, and in the other case the content is public and the creator receives money from advertisements.

Sales at PUBLIQ are direct. That is, there is no intermediary chain, including a bank, through which the payment is made. The consumer pays the content creator directly with a conditional unit.

In the case of getting revenue from advertisements, it’s important to have an internal advertising system to avoid  being dependent on any external factors.

It’s interesting, that the global online market is about 220 billion (this number, of course, is very variable), of which almost 70% is split between Google and Facebook.

Generally, people visit content creating websites either through search results, or after seeing the link on Facebook.

Now a very important question, should content creating websites be so dependent on social media or other external factors?

In this case, there is a great danger that, for example, Facebook’s founder can make any decision that can have an effect on the media field. This is very risky and dangerous.

Aside from that, many people consider social networks as a great news outlet, where they get information and in many cases it doesn’t matter to them what the source of the material is.

That’s why PUBLIQ has an interesting solution. PUBLIQ is based on AI, artificial intelligence, which analyzes and understands what the material is about and simultaneously suggests another material on the same subject matter from the completely opposite perspective. As people from different parts of the world write on PUBLIQ, it’s a great opportunity to know different points of view at once.

There are also other problems. For example, in some country they decide that a specific media outlet should no longer operate and they prohibit their activities.

There are also cases when certain media outlets block the possibility of commenting under specific materials. PUBLIQ creates a healthy ecosystem, where similar cases are ruled out and every individual or organization is free to work.

In fact, PUBLIQ provides the basis on which different organizations, business associations, news services and other systems can be created, which do not have a direct connection with PUBLIQ, but which can take advantage of that opportunity in order to create an easier and more productive working environment.