The Advantage Of Having A Prime Minister Who Goes Live 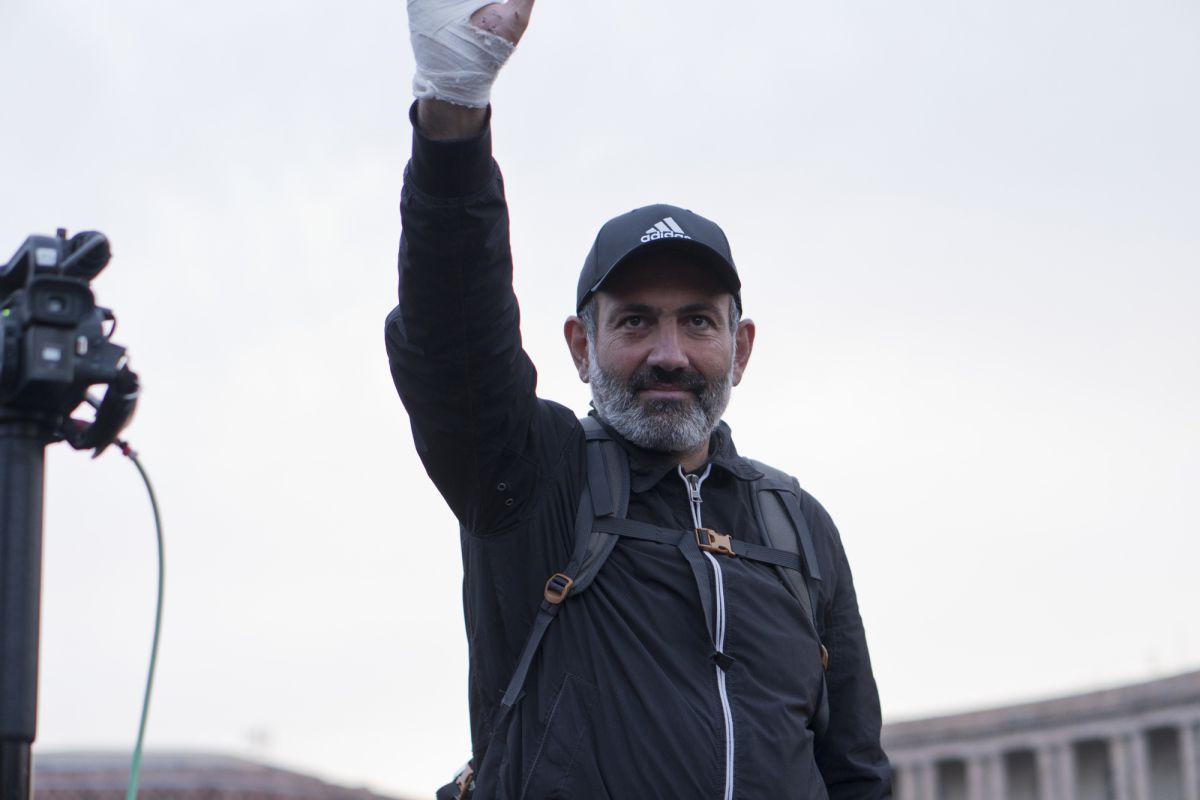 RA Prime Minister Nikol Pashinyan’s video messages, which he personally broadcasts live on his Facebook page every day (almost daily), are no less revolutionary than the velvet and open arms revolution which took place in Armenia this past month.

Having a Prime Minister who goes live breaks a few public stereotypes.

The primary stereotype is the sanctification of power.

The vlogger-Prime-Minister has assumed a new role for the person in power and with each of his videos, is trying to discredit those attributes of power, which are typical of authoritarian or semi-authoritarian systems.

Society has become accustomed to the fact that a person with authority (even the smallest official) is an inaccessible person surrounded by secrets. To communicate with them, you need to go through a ritual chain, write a letter, fill out an application, speak to a subordinate, make an appointment, butter up the secretary.

When a country’s high-ranking official, Nikol Pashinyan, without the air of excessive secretiveness goes live, with unscripted words and unedited shots, he is already destroying the fear that subconsciously has been reinforced by the citizens towards people with authority.

For example, when facing a person who makes decisions, people are  internally prepared to strain their neck, get weak in the knees and lose their voice. Now the official chooses to enter the homes of every person, of his own accord, bypassing the stage of fear and shaking.

There’s no point in video blogging if you are going to use dodgy and maneuvered vocabulary.

Through a blogger-Prime-Minister, the public saw the “unkept” and “unshaven” words of an official, whose shaky videos and broken up speech (with clicks and white noise), helped to strengthen the illusion of live contact.

The illusion is very important, because you have to imagine from the beginning, and then accept it. Destroy it, to see what you are dealing with. To put it this way, find the meaning in the pile of words.

The public, in following the video blog of the Prime Minister and those of several other newly-appointed officials, admit in surprise that it’s pleasant to hear a person who isn’t making an effort to appear serious, grim and responsible.

There is no video editing, and so bloopers occur, which create the effect of a home video (family, as in, intimate).

What we are seeing now is a new format, home-work video, which is broadcast from the office and during which the Prime Minister of the Republic and the Commander in Chief can say “I love you all, I send you all kisses.”

And people are responding…

Authorities and the public, not having a tradition of interactive communication, did not develop a language for communication. Or it would be right to say that the tradition was as follows: The authority would speak, the public would be silent (and when they could no longer be silent, they would take to the streets to complain).

Interactive live blogging is actively commented on by users, and without hesitation it can be argued that the culture of responding/commenting provides a topic of a great deal of research for sociologists and psychologists.

The scarcity of occasions for responding didn’t allow for the “muscle” for communication to be exercised, and now when all the virtual communication barriers have been opened, responders are “talkative” like an overflowing floodgate where the barrier has been removed.

The comments under Nikol Pashinyan’s live videos is vivid proof of this. People, in denying silence, are expressing themselves, expressing… even when they have nothing to say (they send hearts, they talk about their lives, they advertise items, send words of admiration, whoever saying whatever they can).

The new language of communication between the citizen and the servant is in an embryonic state, but it is being formed. Again, in a live format.

Media is in an opposite situation, they have become less talkative.

When the primary face of the republic is an active media person, with an ever-increasing and anticipating audience, that means that the entire media field is changing.

In this situation, media is no longer searching for information (the information is already coming from the primary face and primary hands), but rather digesting and rethinking the information.

The unprecedented, exceptional news is provided by the Prime Minister (and a number of newly-appointed officials), and the journalist is forced to leave the format of the news, which is obsolete from the moment it was sounded, and do more. For example, find the trace of the news, spread it, find the consequences and the reality remaining in the margin.

In short, adapt to work within a wider idea.

The base of the My Step movement has become social networks and live broadcasts from on the scene, which similarly built and collected momentum for protests on the streets and marches.

The idea of direct and fast interaction was the best tool which the old elite was completely unprepared for. For example, the former President of the Republic of Armenia refused to appear on a live broadcast and resigned several hours later.

The environment of live and direct communication is the best counterbalance to a fake, “semi-criminal” and pompous styled governmental model, which had been adopted from the Soviet era.

Now, the factor of speed and widespread politicization cannot be ignored by people who are in the center of media attention. Which is to say, everyone.