With the Marks of Mockery and Forgiveness 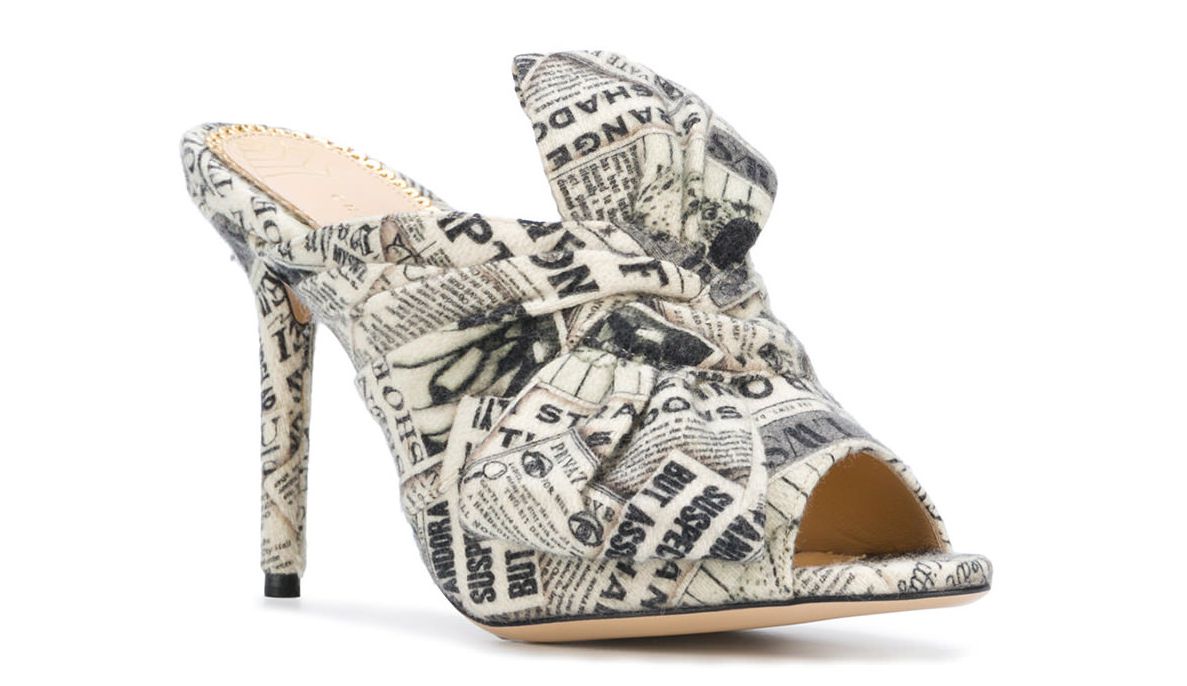 The relaxed Public Television journalist, Arus Tigranyan, can now be considered the most famous journalist in Armenia because  people talk about her, have discussions about her and most importantly, watch her.

She is watched even by those who have long ago stopped paying attention to television production, as they consider it to be obsolete, falling behind and filled with fakeness.

Arus Tigranyan, who has created the mask of a naive, glamorous and simultaneously brave and liberal journalist, “sticks” her journalistic nose into different environments and asks pseudo-provocative questions.

Producing, as a result, ridiculous-humorous reports which are attached to Public Television’s program Good Evening.

The image of an innocent-cunning journalist is being effectively exploited by Public Television, and Arusik Tigranyan is on the front lines.

The situation became aggravated when Tigranyan went to a penitentiary and tried to question the imprisoned women about various minor feminine issues, such as clothes and songs. In the end, she also recited a Russian poem about prison life.

Her report was called With The Marks of Justice, which, of course, makes both the journalist and the perception of justice all the more funny.

Many felt that the journalist had crossed lines and made fun of the convicted women who are in a very vulnerable position. Speaking freely with those who are not free was perceived as a violation of ethics.

The explanation that With The Marks of Justice is a funny program (according to Public TV, “just for fun,”) and not an attempt to describe the unfair situation, was not very convincing.

It’s an entirely different question, as to why there are no attempts to find a fair situation by Public Television, and why they ask women behind bars only about songs, supposed partners, recitations and skirts, creating the illusion of a joyful, light holiday.

What’s more, is they invite the audience to laugh at those not so elegant and sophisticated women (at least, that’s the impression that’s left after the video editing).

Public Television, as a station with special significance, has its own policy, and that policy differs as a formulation and as real content. In other words it ought to do one thing, instead it does its imitation.

Since humor is one of the most complex and sharp genres of its kind, It has to bear the burden of the main message, if serious analytical programs are few in number, and the existing ones are friendly and tactful.

Arus Tigranyan and the production team who asked free questions to imprisoned women would have taken a brave step, if they went beyond clothing and songs and entered a field which would require teeth.

But this light, half-step illusion, even the laughter placed outside of the shot was forced, which raises the question, why…?

Questions were raised by various human rights defenders, journalists and members of the audience.

The wave of dissatisfaction and angry comments, which were left on Public Television’s Facebook page, were stubbornly deleted by H1, and the ethically delicate questions were ignored in every way. And this continued for five days.

Everyone was talking and discussing, while H1 continued to stay silent in a parallel reality.

And so they remained silent until the Minister of Justice expressed the opinion that it was “an unacceptable act.”

The creative team of the Good Evening entertainment program has been reprimanded, and Arus Tigranyan personally wrote on her Facebook page, that she is convinced that she did not offend the convicted women, however she “apologizes if someone has been offended in their place.”

As a result, Public Television deleted the popular reportage from YouTube, and considered the case closed.

It turned out, like ancient Greek dramas, someone from a high official position shook his finger, appearing as the role of a savior (or a righteous man) and everyone calmed down.

As a result Arus Tigranyan turned into the most famous journalist, whose reportages are done for “one person,” and completely different people are getting offended “in their place.”

This story left a mark, which we will try to present in a few points.

a.) When the Minister of Justice says that this broadcast is already H1’s “second slip up” (moreover not mentioning what the first one was), then an impression is made among the audience, that there have indeed been two “slip ups.”

In that case, it is expected that every ministry, civil initiative, human rights, ethical and cultural association take turns to present their list of slip ups, in order for it to be clear as to what Public Television has been doing wrong in their policies.

b.) If the channel wants to create a report (and from their position of special importance), they should resist.

Reports in funny, humorous formats will not take place if the channel gives up on their broadcast creation and removes it from its website. After all, Public Television has developed its broadcast network, knows the public’s expectations and calculated that “making fun” is good.  Also, they should be able to prove that it is good from an already more profound position.

For example, by convincing that shooting fun shows filled with clichés are prefered to investigations. The confirmation might be found in the ratings. For example, the convicted women can appear on Public Television one more time and speak not in the style suggested by the journalist, but hence from their name and their pain.

c.) When Public Television acknowledges that it violated ethical norms, it would be good to know where it’s possible to read Public Television’s code of ethics. If it really exists, then it’s not the journalist who should apologize, rather the producer, who is the policy keeper. It’s also clear, what is meant when social media comments are moderated, when the comments are not offensive, but formally written negative opinions.

If Public Television doesn’t have a code of ethics, then it didn’t violate anything, and does not need to apologize at all.

d.) Finally, as a result of this story, journalist Arus Tigranyan gained a reputation. No matter what she does in the future, she will always be remembered for having unfavorably covered the subject of prison and as someone who is knowledgeable about Russian songs about prison.