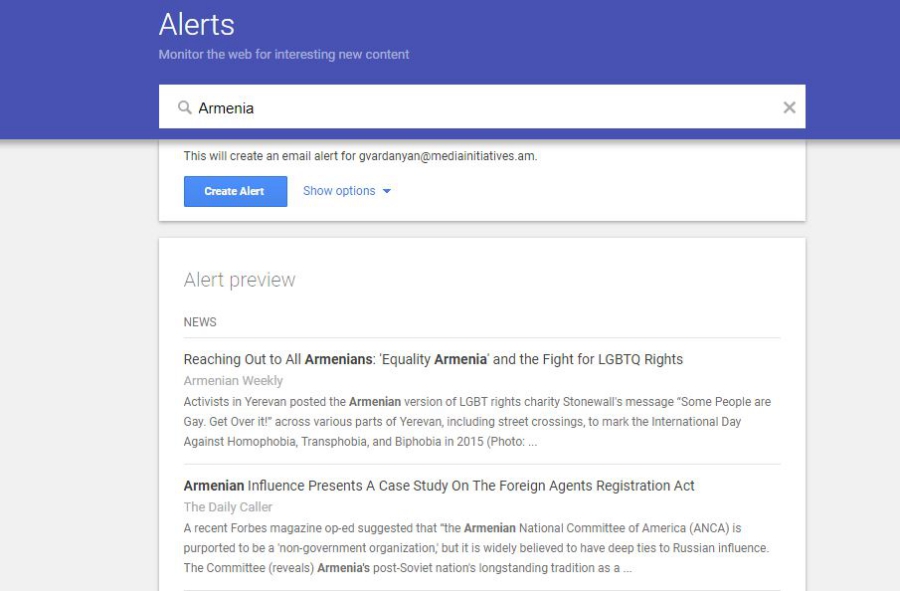 We are not against foreign investment in the country. At least a quarter of what the government announced wouldn’t be bad.

We want the world to listen less to Azerbaijani propaganda and know the truth about the Karabakh conflict.

And thus we can listen numerous points, some part of the implementation of which depends also on the media and on how Armenia will be represented in media outlets.

International media outlets’ direct interest in Armenia is not that great (of course, if there isn’t an extraordinary event).

For this reason, it’s important how flows of information are formulated in Armenia, how events are presented by newsmakers and local media outlets. Of course, we’re talking about the English- and Russian-language news in the country.

I want to express a subjective opinion as to why everything’s not very good. Let me say up front that what I will now mention is not unequivocal; there are exceptions, but the situation is mainly like this:

I could also talk about the fact that Armenian media outlets’ English in many cases is difficult to understand for those who didn’t learn English with Bonk’s textbook of the English language.

The combination of all the aforementioned points leads to a situation whereby Armenia, in many matters, depends on news formulated in other countries.