Newsmakers in Armenia in 2017

The media sea periodically stirs, bringing with it thematic layers that become the documentation of a specific moment in time. Media documents time and at the same time becomes captive to it.

We are chained to our time, with information waves. Sometimes these waves are purifying; sometimes, threatening.

Media.am has isolated and formulated the information waves of 2017 — the traces and deposits they left will definitely be needed to assemble the media documentation of the coming years.

Whereas the main newsmakers of the past year were interesting… 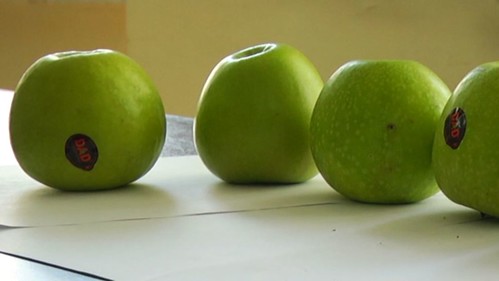 In April 2017 (a month full of very tender memories), news spread that Armenia had imported apples from Azerbaijan. The news led to criminal-intelligence measures being taken and a criminal case being launched under considerations of accepting a bribe.

The unlawful import of apples was “successfully” terminated. During the entire process, the media was an active participant: both emotional/angry and accusatory/alarmist articles were published. In all cases, the apple appeared in almost all media outlets’ newsfeed as a “traitor” fruit and symbol of an undeclared war. 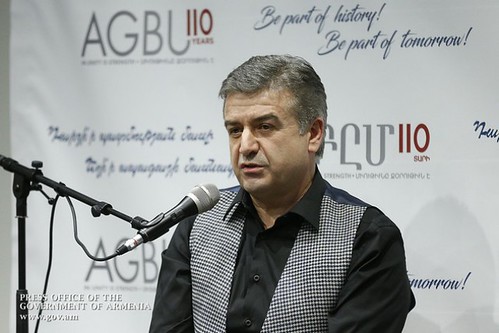 During the 2017 parliamentary elections, the Republican Party of Armenia (HHK) campaign carried Armenia’s prime minister on its shoulders. Karen Karapetyan was the most visible person during and after the election campaign. With his already well-known vest and smile, he was everywhere: on the posters, with drumsticks in hand, at discussions, in the fields, and on the streets. And the number of people taking selfies with him increased.

And though the prime minister was an important Armenian newsmaker throughout the entire year, his star shined during the elections. The media covered his public speeches and his meetings in different formats (also sans tie) with pleasure.

And since the Republic of Armenia will no longer have nationwide elections for a long time, it’s unlikely that any new HHK representative will be able to surpass Karen Karapetyan’s outward charm. 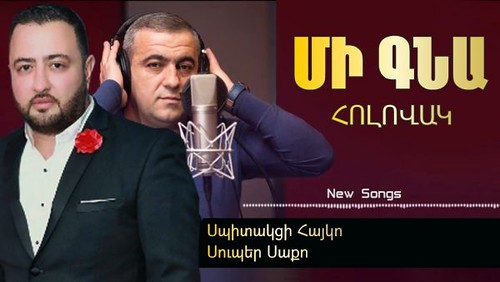 The song’s solid rhythmic image and use of beats spread the Armenian refrain “Mi gna, mi gna” around the world, and particularly in the East. Not only Armenian, but also Arabic and Turkish audiences were under the influence of this song.

Live performances of this song could be heard throughout the year in the fanciest and most expensive entertainment venues of the Arab world. Not to mention in taxis and public venues, and among friends.

Singing in Armenian were both Arabs and Turks and… other nationals for whom the musical trills and modern beats were dear to their heart. 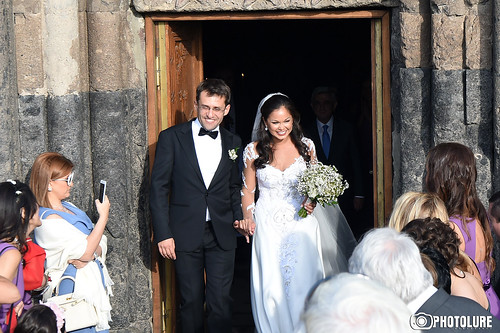 Chess, of course, is not football, which has millions of fans and mass appeal. But in Armenia, chess holds a unique position thanks to Levon Aronian and his wife.

The love of chess was once again established thanks to a mass wedding. The wedding of Levon Aronian and Arianne Caoili was an important event for the media. First, because a wedding is a good thing, and second, the godfather of this specific wedding ceremony happened to be the head of state.

The photos of the newly-weds and Serzh Sargsyan were the key joyful backdrop of the month of September. Even more joyful and key than the celebration of the quarter-century of independence of the Republic of Armenia. 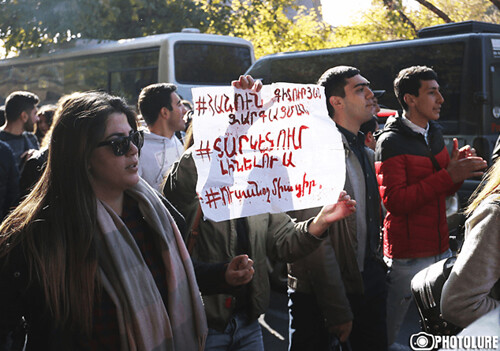 The main event of November 2017 was students’ protest, boycotting of classes, and hunger strike to keep the right of deferment of compulsory military service, which developed almost in live broadcast mode.

The students hoped to be heard. A few of them promptly and solemnly sat with the prime minister and other ministers around the same table, received a promise that their protest will be taken into account, then came out of the prime minister’s office, captured the media’s attention (on the airwaves even of Public Television), and some time later ceased being newsmakers.

For the Development of Science member and student Davit Petrosyan was the person with whom the media sympathized and for whom it tried to create an environment to express himself.

Ultimately, the government and the students did not reach an agreement, the law was adopted, and the interest of the army prevailed.

The RA Minister of Defense attempted to formulate a concept for the future, with whose light hand an equal sign was henceforth placed between the words “nation” and “army.” And this equality was drummed from different media platforms.

“In reality, the present and future of our state and people depends on the Armenian army.” These remarks of Vigen Sargsyan’s became cause for cognitive dissonance.

Another question is why the state (an entity with specific boundaries and a constitution) is being identified with a nation (a concept having abstract boundaries and criteria). What’s important in this formulation is the vision of the future.

If a state ties its future with its army, the citizens (and not just the members of one nation) experience a mental break. It turns out that we won the Karabakh War, got an independent republic, built an army, and well, what are we going to do after? How are we going to use what we achieved? The answer implies that we are going to use it again for military purposes.

In all cases, the stimulating of a liberal economy or quality education are not included in the expectations. Included is the army.

An unusual incident occurred at the start of 2017 that caused a stir in Armenian social media, putting science, myth, and subconscious aggression on the same level.

The photo of a family in traditional Armenian dress became an occasion to decry mixed marriages and the “impure merging” of Armenian genes. Dark-skinned Tigran’s parents found themselves bombarded by the media.

The studio that took the family photo of the Armenian woman and non-Armenian man was forced to remove it because the family was receiving numerous threats and insults.

The hashtag #Hayugen in Armenian (#ՀայուԳեն) became trendy on social media and simultaneously indicated the eternal national delusion that can be found in a universal formula and speak about the personal from a general position.

Myth and reality in this case collided with each other and showed the regressive process of public perception. Which, by the way, works completely differently in the case of famous Armenians and their genes. For example, Levon Aronian’s… 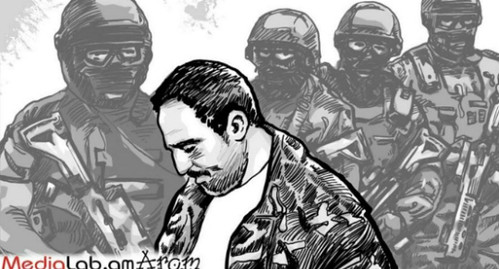 “Bread-bringer” Artur Sargsyan, who took food to members of Sasna Tsrer who occupied a police compound in Yerevan’s Erebuni district in 2016, driving his car through a police cordon, became a public figure without special efforts. His move and drive were understandable and humanitarian, unlike the contradictory public attitude toward Sasna Tsrer.

The “bread-bringer” (or “food-bringer”) was arrested twice (accused of taking hostages and carrying illegal weapons), declared a 25-day hunger strike, and as a result of his health sharply deteriorating while in prison, he passed away in March 2017.

His death became cause to think about the contrast between individual actions and power structures. The “bread-bringer” became a martyr, who forced the public and the media to reinterpret the value of life and especially the price of death. The price was much more than could be expected… 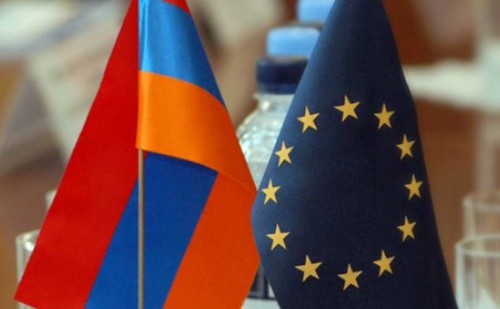 In 2017, after many ups and downs, Armenia associated with the European Union. It also laid the foundation for several economic programs with Iran. These were cases when the outside world entered the local media field, at least its newsfeed. And more importantly, with optimistic news.

We’ll work with Iran in the areas of energy, tourism, and trade, while we’ll get an opportunity to communicate with Europe more easily and clearly. We’re waiting for the first fruits of cooperation through specific news coverage. 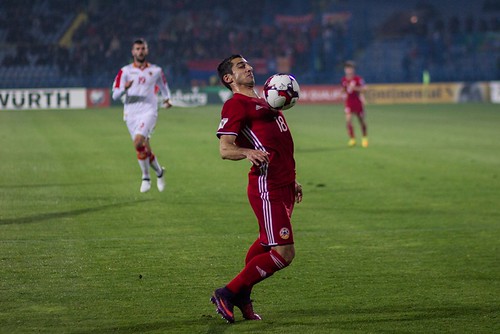 Henrikh Mkhitaryan is the indisputable newsmaker in Armenia in recent years. Even when he doesn’t play well, all the same, the newsfeed doesn’t really work without him. Media outlets discuss his athletic form, possible transfers to new teams, and every social media post.

As stated this year by first president of the Republic of Armenia Levon Ter-Petrossian, the Armenian people’s “only object of joy and pride today is Henrikh Mkhitaryan.”

In 2017, Mkhitaryan with Manchester United won the UEFA Europa League — moreover, scoring a goal in the final match. Mkhitaryan was a hero on Twitter, where the world was talking about him, for example, after his scorpion kick against Sunderland.

Love and professionalism are the main trends of 2018.