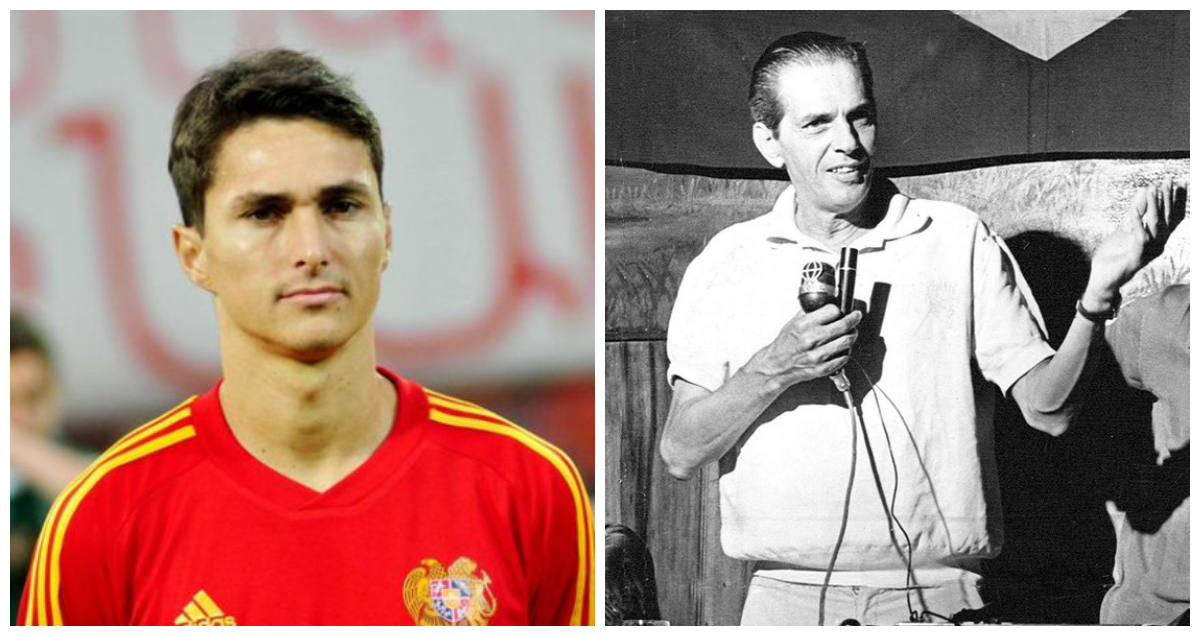 At the end of the 2018 FIFA World Cup qualifying process, after the Kazakhstan-Armenian match, Armenian national footballer Marcos Pizzelli expressed his opinion on the problems in Armenian football. The interview was published by almost all the Armenian media outlets, most of which were edited, after which Marcos was forced to provide a clarification. “We’re all to blame: [Football Federation of Armenia president] Ruben Hayrapetyan, [former coach of the national team] Varuzhan Sukiasyan, the footballers, everyone,” said Marcos, which for most of the media outlets became a news story with the headline “Marcos blames the federation’s president for the [team’s] failures.” In his explanation, Marcos practically repeats his earlier remarks, but in other words: “We can’t blame only the federation’s president — we’re all to blame.”

By and large, the uproar surrounding Marcos’s remarks is very much akin to a classic example of orthography: in the phrase “Forgive you cannot shoot” the comma can be placed after the first word or before the last word, resulting in two completely different meanings. Marcos, who hails from Brazil, is able to express his thoughts in Armenian only approximately, and we have to try to understand him, analyze his words, find a benefit, and not quote him directly and more so, not edit his words. In exceptional cases do Armenian football players and experts provide an analysis of the matches, talk about problems, and in this sense, Marcos is a pleasant exception. But I’m sure that in the future it will be much harder to get opinions from Armenian football players and experts, because they’ll remember how Marcos’s words were distorted.

In general, in Armenian sports, football professionals and athletes later on don’t want to comment on ongoing developments, don’t want to provide analyses, and in this case, the public gets mainly journalists’ analyses, which are mostly at the amateur level or personalized.

Whereas it is exactly those offerings with which sports journalists and the public understand football and its nuances much better. Former coaches’ and athletes’ opinions are considered much more valuable also in international sports, and it’s no coincidence that the most authoritative TV channels and media outlets spend astronomical fees to hire global stars to be experts on their shows: Thierry Henry, Gary Lineker, Michael Owen, and others.

Konstantin Genich, a Russian sports commentator greatly respected among Armenian sports fans, was also a professional football player. The contribution of formerly well-known tennis players Alex Metreveli and Anna Dmitrieva to the development and popularization of tennis is invaluable. The list goes on. There are no such examples in Armenian sports.

In international football, there are instances when the journalist turns into an expert and achieves success. The best example is Brazil’s João Saldanha.

Communist in his ideas but a bully in nature, Saldanha in the 50s and 60s was considered one of Brazil’s most scandalous journalists, who made the news not only for his serious analyses, but also in the crime section. Saldanha brilliantly analyzed football and the Brazilian national team’s matches, and was outstanding in his non-standard way of thinking, solutions, and suggestions. Moreover, he didn’t express himself only with words: Saldanha once confronted the coach of one of the Brazilian teams with a gun, to prove his opinion on the shortcomings of his team’s play.

In 1957, the Brazilian football club Botafogo was experiencing serious financial difficulties and was unable to hire a professional coach. Saldanha, then a journalist, came to the rescue, offering his services, without pay, and was appointed head coach. The results were simply astounding: Botafogo became a champion that season, showing spectacular, effective football, while unparalleled footballer Garrincha simply shone. One year later, Saldanha left the team and returned to journalism.

In 1969, it was Brazil’s national team that was facing a real disaster: there was no main team, coach, or purpose. The newspapers were flooded with brutal criticism of the Brazilian national team and the federation’s president, among which Saldanha’s pieces drew attention. Then too Brazilian Football Confederation President João Havelange decided to appoint Saldanha as the national team’s coach, saying approximately, “If you know better, you can coach.”

Of course the appointment of the journalist caused a real shock in Brazil, and everyone began to give their advice to the newly appointed coach, even Brazilian President Emilio Garrastazu Médici. Days later, Saldanha came forward with a special message: “In Brazil live 80 million people who can offer 80 million versions of the team’s composition. But coming out on the field will be the team that I choose. As for the opinion of the country’s president, he didn’t ask for my opinion when he appointed his ministers.”

With only one year of coaching experience, Saldanha, adopting non-standard solutions, was able to create perhaps one of the strongest teams in football history. “Saldanha’s Predators,” the Brazilian national team was called during those years, celebrated six consecutive victories in the qualifying round, with a score of 23-2. Belonging to Saldanha is the famous football coaching advice: “If during the game you feel that my words are not yielding results, change the game.” The story goes that at the penultimate qualifying stage, during the break in the match with Venezuela (the first half had closed with a score of 0-0), Saldanha had shut the locker-room door and had not allowed the players to return to the locker room. “Are you tourists or football players? Have you come here to take in the sights or to score goals? Return to the field and don’t come back until you score a goal,” he reportedly said. To the surprise of the spectators, the Brazilian footballers returned to the field, waited 15 minutes, and in the second half, played a brilliant game, scored two goals, and won 2-0.

In any case, his sharp tongue and eccentric ways didn’t permit Saldanha to stay long at the helm of the national team: just two months before the 1970 World Cup, Saldanha was dismissed, and the team was managed by Mário Zagallo, who later repeatedly remarked that the world champion title was won by the team created by Saldana. Whereas João Saldanha again returned to his career in journalism and died in 1990 in Rome, while reporting on the FIFA World Cup.